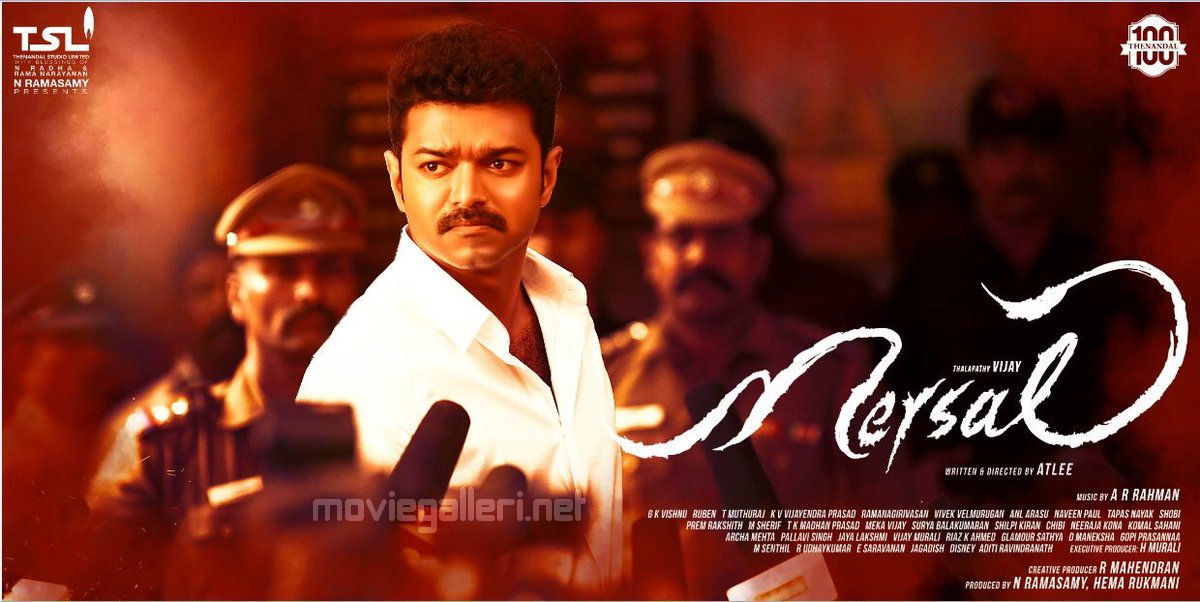 When the title of Vijay’s upcoming flick Mersal was released, the one thing that caught the attention of the fans was that Vijay was mentioned as Thalapathy instead of Ilayathalapathy.

The character is set in the 1980s period and comes as a flashback for a running time of 50 minutes in the movie. Nithya Menon is the pair of that Vijay.

The makers have also said that Mersal will not have trailer, instead promo videos and posters of the movies will be released at regular intervals.

The movie is all set to release on Deepavali next week.