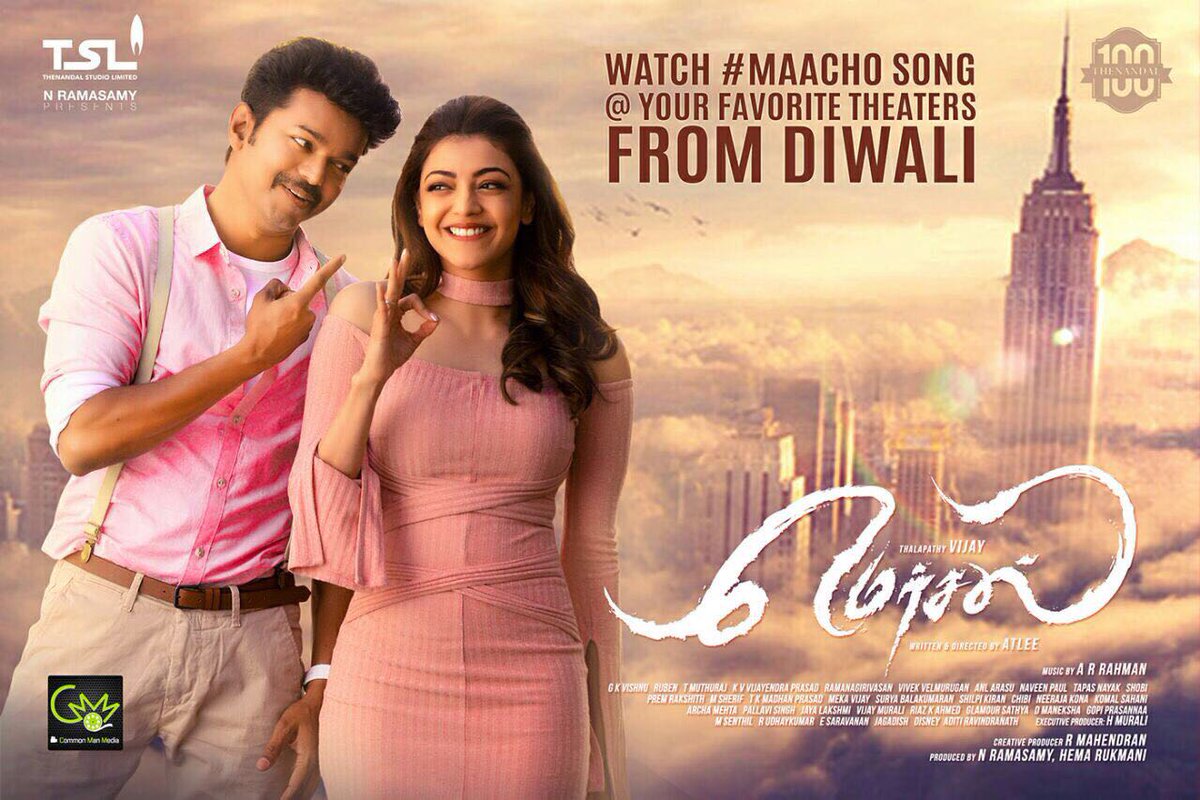 All controversies surrounding the release of Mersal have been cleared and the movie is set to hit the screens on Deepavali as planned.

Till Monday afternoon, there was doubt in the release of the movie as the AWBI did not give the NOC to censor board.

It was said that the pigeon used in the film was not animated. Following this, the movie was screend to the AWBI and the NOC was granted.

The flick is bankrolled by Sri Thenandal Studios. Directed by Atlee, Vijay plays triple role in the movie and the teaser of the flick was released recently and shattered many records.

Kajal Agarwal, Samantha and Nithya Menon play the female lead in the flick while S J Suryah is the antagonist.