Actress Catherine Tresa is playing leading lady opposite promising actor Sree Vishnu in an upcoming wholesome family entertainer Bhala Thandanana being helmed by Chaitanya Dantuluri of Baanam fame. Today, on the occasion of Catherine Tresa’s birthday, her look in the film is unveiled. 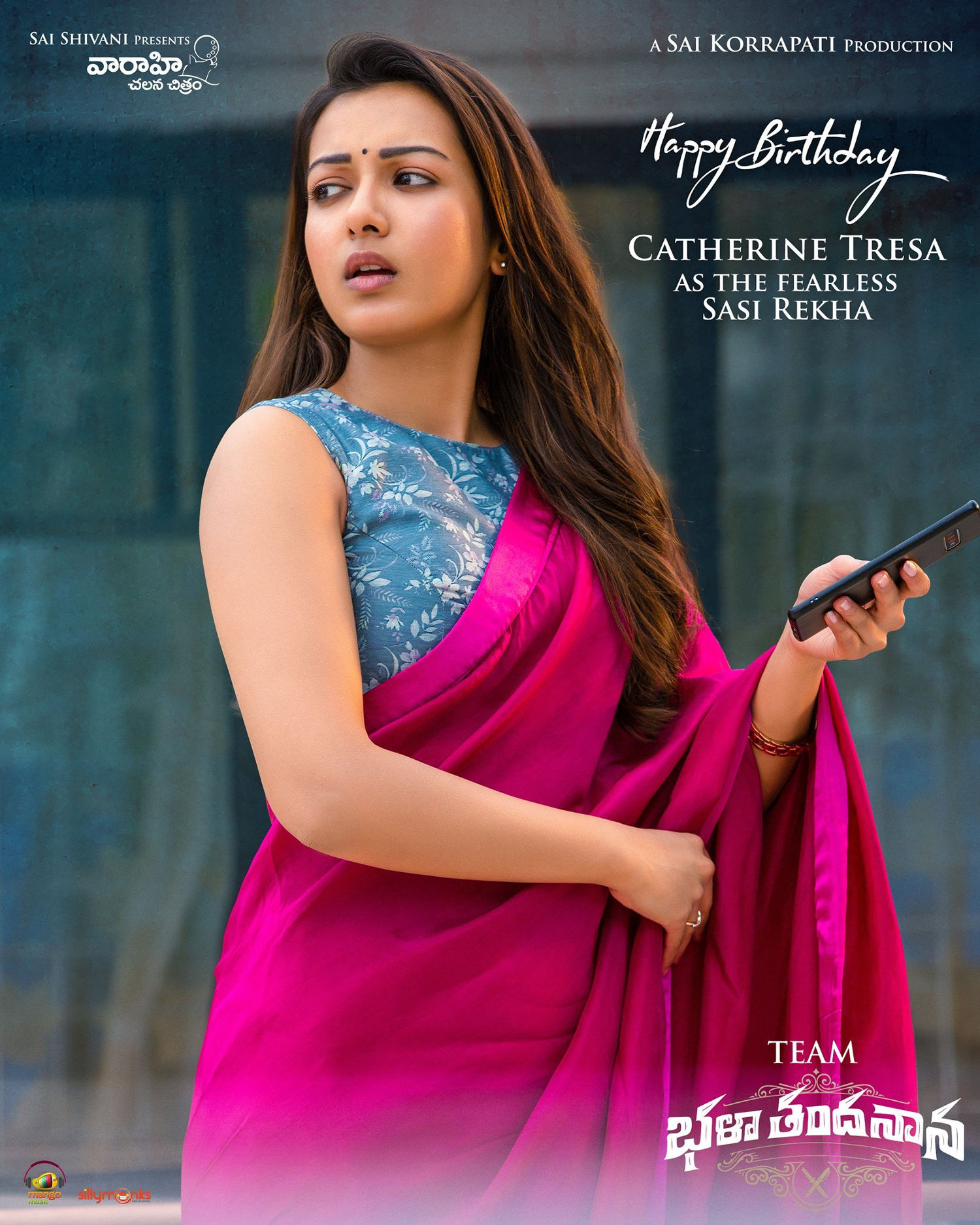 Appears gorgeous in saree and sleeveless blouse, Catherine is fearless and her character name is Sasi Rekha in the movie. Director Chaitanya Dantuluri is presenting Sree Vishnu in a never seen before role, while Catherine who is selectively doing films has got a meaty role in Bhala Thandanana. Ramachandra Raju of KGF fame is playing the main antagonist.

Popular production house Vaaraahi Chalana Chitram is bankrolling the film to be presented by Sai Korrapati. Rajani Korrapati is the producer.

Bhala Thandanana is fast progressing with its shoot.