Makkal Selvan Vijay Sethupathi and star heroine Shruti Haasan headline the upcoming film ‘Laabam’. Written and directed by SP Jananathan, the film has music by D Imman. Produced by Vijay Sethupathi Productions and 7Cs Entertainment Pvt Ltd, ‘Laabam’ is produced by P Arumuga Kumar and Vijay Sethupathi. It will hit the screens in Telugu and Tamil on September 9. Presented by Sree Battula Satyanarayana and Lawyer Sreeram on Gayathri Devi Films in Telugu, the film is a political thriller. 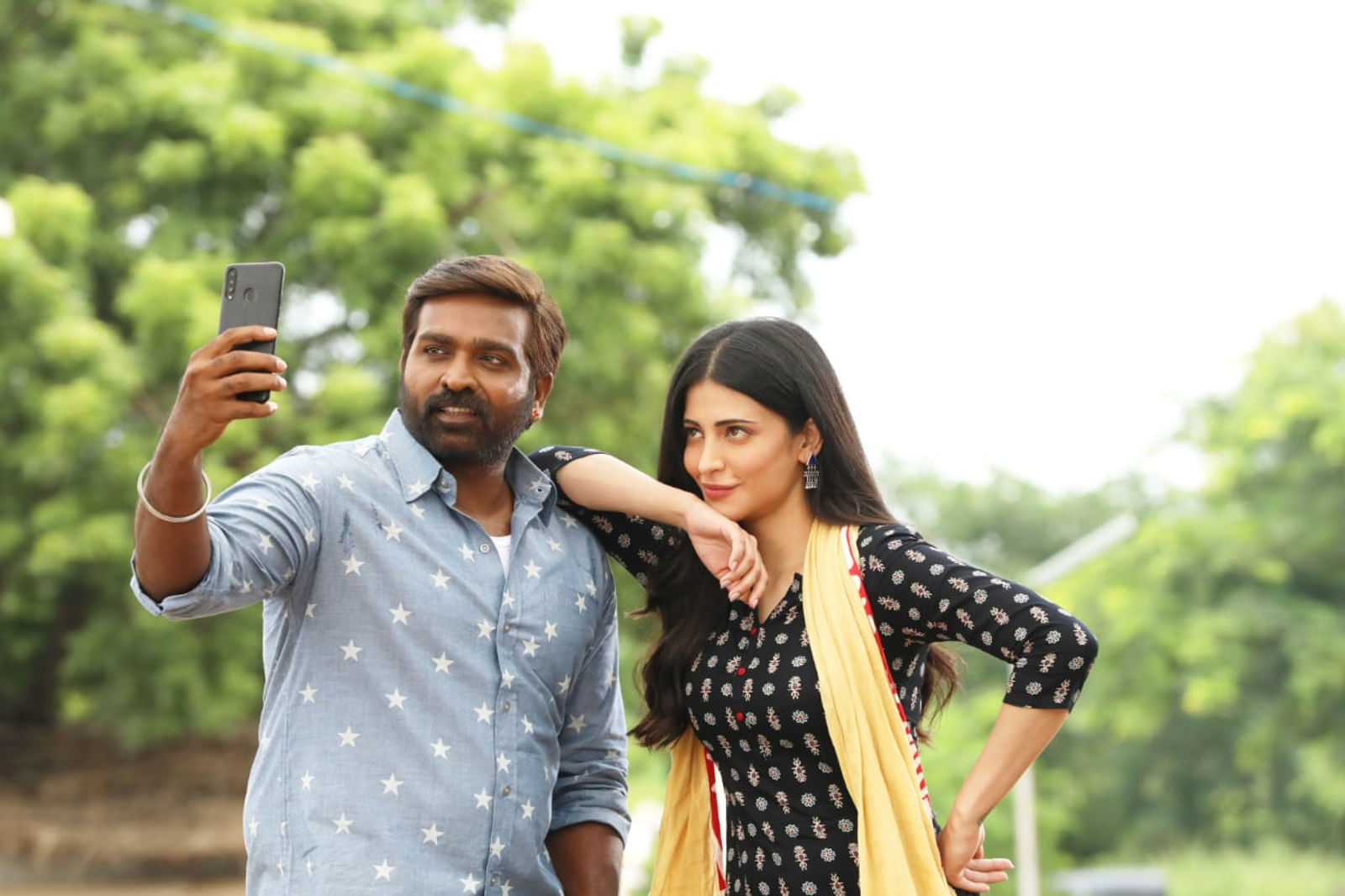 Speaking about the film, the producers said, “Our film talks about the plunder of farmers lands by corporates in the name of farming and industrialization. The story reflects the ground realities in the Telugu States and Tamil Nadu. The male protagonist is a character who gives prominence to agriculture. Shruti Haasan’s character, too, is crucial as someone who stands by the hero. Jagapathi Babu has played a very important role. The scenes between him and the hero will stand out as a key highlight. D Imman’s music is very pleasant. We will release the songs and the trailer very soon.”