Karthik Subbaraj recalls working with Gautham Vasudev Menon & Bobby Simha on Netflix’s upcoming anthology “Navarasa” and speaks about the bond the characters share. The Indian anthology ‘Navarasa’ features some of the best talent from the Tamil film industry. Navarasa will debut worldwide on Netflix on August 6, 2021.

Speaking about the bond he shares with Gautham Vasudev Menon, Karthik Subbaraj said, “I’ve known Gautham Vasudev Menon sir since my college days and as a filmmaker I liked him very much. So as an actor, he told very clearly that he was a beginner in acting, and I should feel free to guide him and let him know what he should work on. We only shot for three days and on the last day, it was a lot of pressure because we had to finish up and he was very understanding as he’s a great filmmaker and he enjoyed the process. After seeing the rough cut of the film, he said he loved it and that it came out super. He enjoyed it more and we loved working with him.

Talking about Gautham Vasudev Menon & Bobby Simha’s characters he said, “There’s a special friendship between Bobby and Gautham sir’s characters and it works out really well. The two of them got along well during script reading and they became good friends. They had the most combinations, scene wise and the characters themselves shared an emotional connection. The chemistry between the two of them was really good. ” 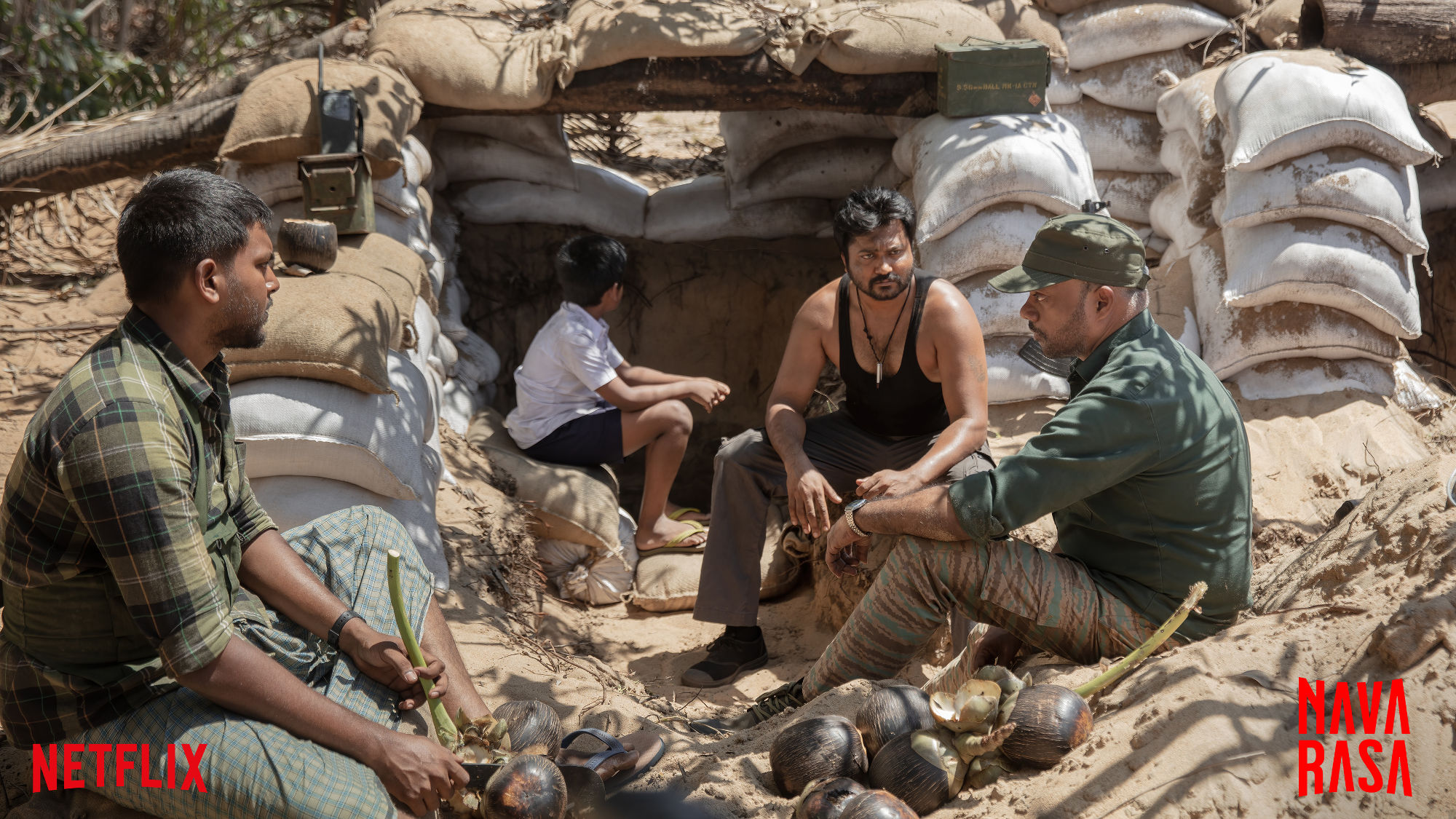 Navarasa is a cinematic marvel comprising nine beautiful tales depicting the nine feelings of love, laughter, anger, sorrow, courage, disgust, surprise, and peace. The film boasts a talented cast of over 40 members, several film technicians, and talented directors. The film has been produced by Justickets which is co-founded by Mani Ratnam and Jayendra Panchapakesan. Navarasa will launch exclusively on Netflix worldwide on August 6, 2021.

About Netflix:
Netflix is the world’s leading streaming entertainment service with over 209 million paid memberships in over 190 countries enjoying TV series, documentaries and feature films across a wide variety of genres and languages. Members can watch as much as they want, anytime, anywhere, on any internet-connected screen. Members can play, pause and resume watching, all without commercials or commitments