‘Laabam’, starring Vijay Sethupathi and Shruti Haasan, is being made in Telugu and Tamil. On Tuesday, well-known star director Bobby released its First Look. Cine writer Kona Venkat, Mythri Movie Makers’ Naveen Yerneni and Ravi Shankar Y were also present on the occasion. The film will release in theatres on September 9. This is the first Vijay Sethupathi movie to release simultaneously in Telugu and Tamil. 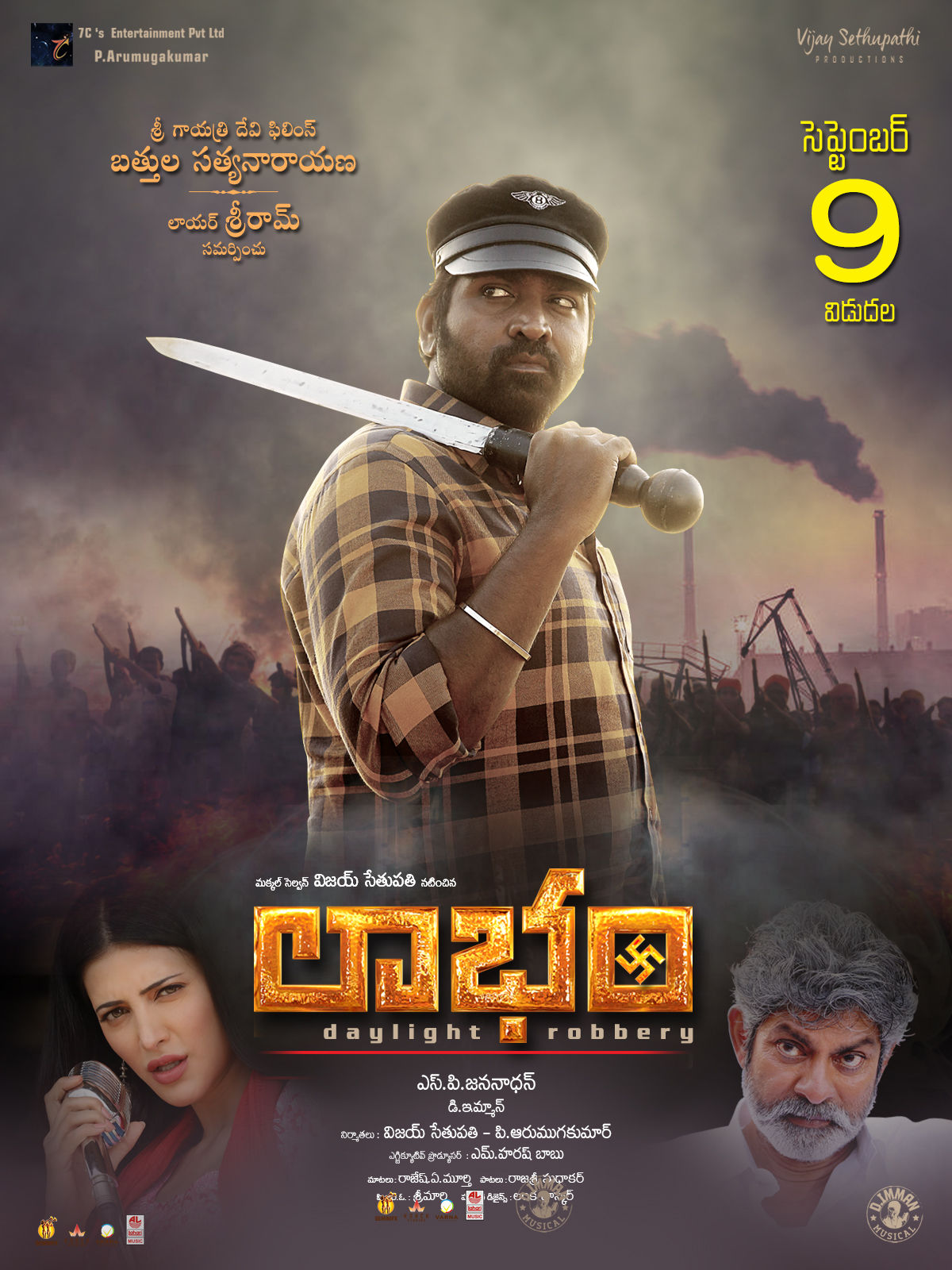 Jagapathi Babu has played a crucial role. Sai Dhansika has also got a crucial role. The SP Jaganathan directorial has been produced by Sri Gayatri Devi Films’ Battula Satyanarayana (Vizag Satish) in Telugu. Presented by Lawyer Sriram, the film’s Executive Producer is Harash Babu. ‘Laabam’ is Vijay Sethupathi’s first Telugu release since ‘Master’ and ‘Uppena’. He has played the role of a crusader fighting for the farmers’ community.

Releasing the First Look, director Bobby said, “Vijay Sethupathi garu is a pan-India actor. His films are gaining a lot of craze in Telugu as well. His characters and performance in ‘Sye Raa’ and ‘Uppena’, the straight Telugu films, received so much applause. I am confident that his performance in ‘Laabam’ will be loved by the audience. It seems his character in this film is quite different from his previous ones. Going by the First Look, Vijay Sethupathi garu is so unique. As a leader fighting for the farmers, I hope he will impress the audience a lot. I wish the producers of the Telugu version all the best. I hope ‘Laabam’ fetches huge profits. Since it’s releasing on Vinayaka Chavithi, may the God’s blessings be with them.”