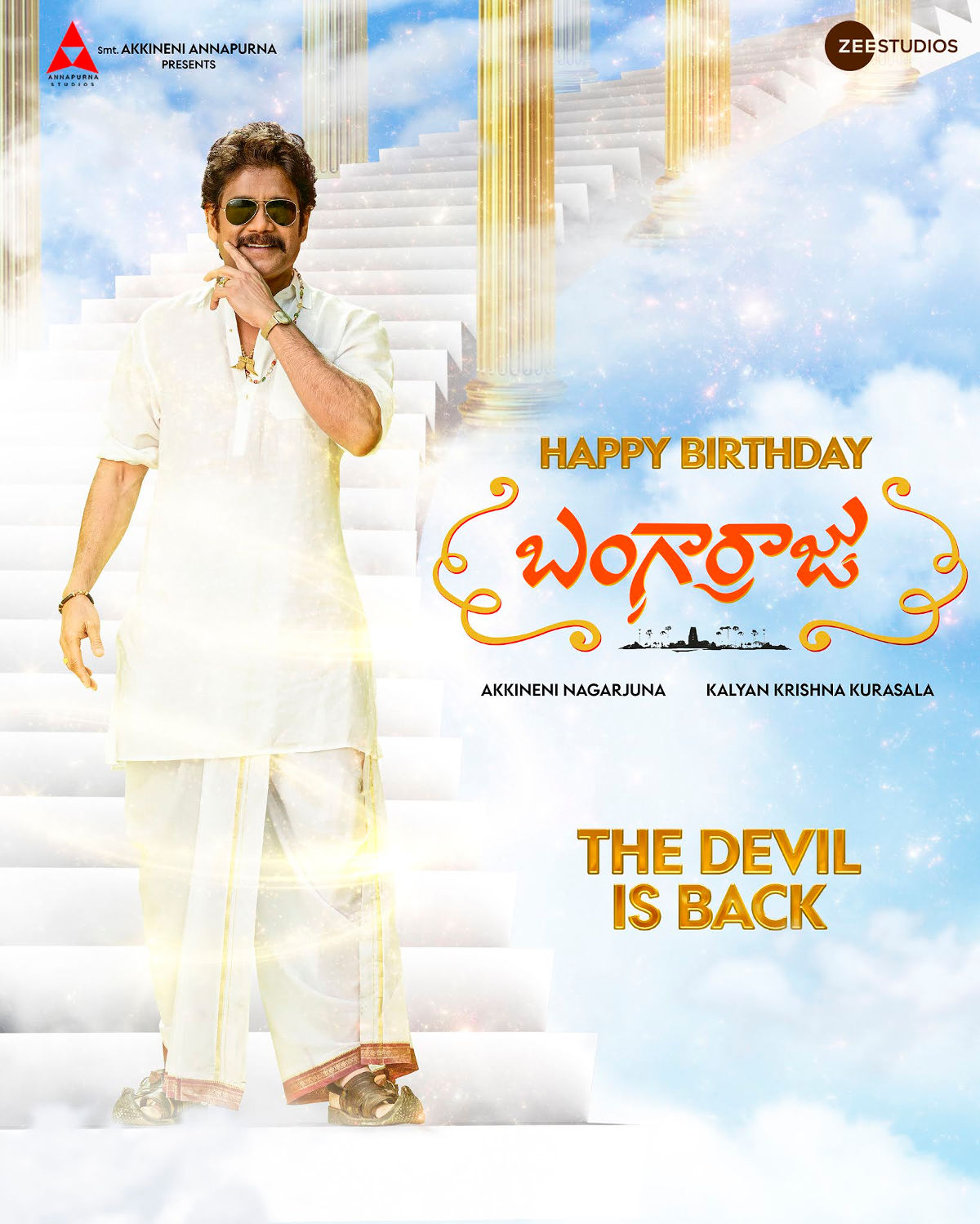 On the occasion of Nagarjuna’s birthday, a special poster with its title is dropped today. Signifying the sequel will repeat the magic of SCN, the same font and design are used for it.

Bangaraju aka The Devil Is Back, says the poster. Sporting black ray-ban glasses, Nagarjuna appears like Acha Telugu Dussehra Bullodu in the poster in white shirt and Panche Kattu. Nobody can beat Nagarjuna when it comes to Panche Kattu and he looks like a Manmadhudu coming from heaven to earth.

Fascinates as the charmer Bangaraju, it’s a perfect poster for Nagarjuna’s birthday. This poster indeed brings back many fond memories of Bangaraju’s naughty acts in Soggade Chinni Nayana.

Kalyan Krishna is making Bangaraju as an out and out entertainer that can be watched with all the family members. It will have elements for all the sections.

Ramya Krishna plays Nagarjuna’s wife in the movie, while Krithi Shetty is zeroed in to play Naga Chaitanya’s love interest. 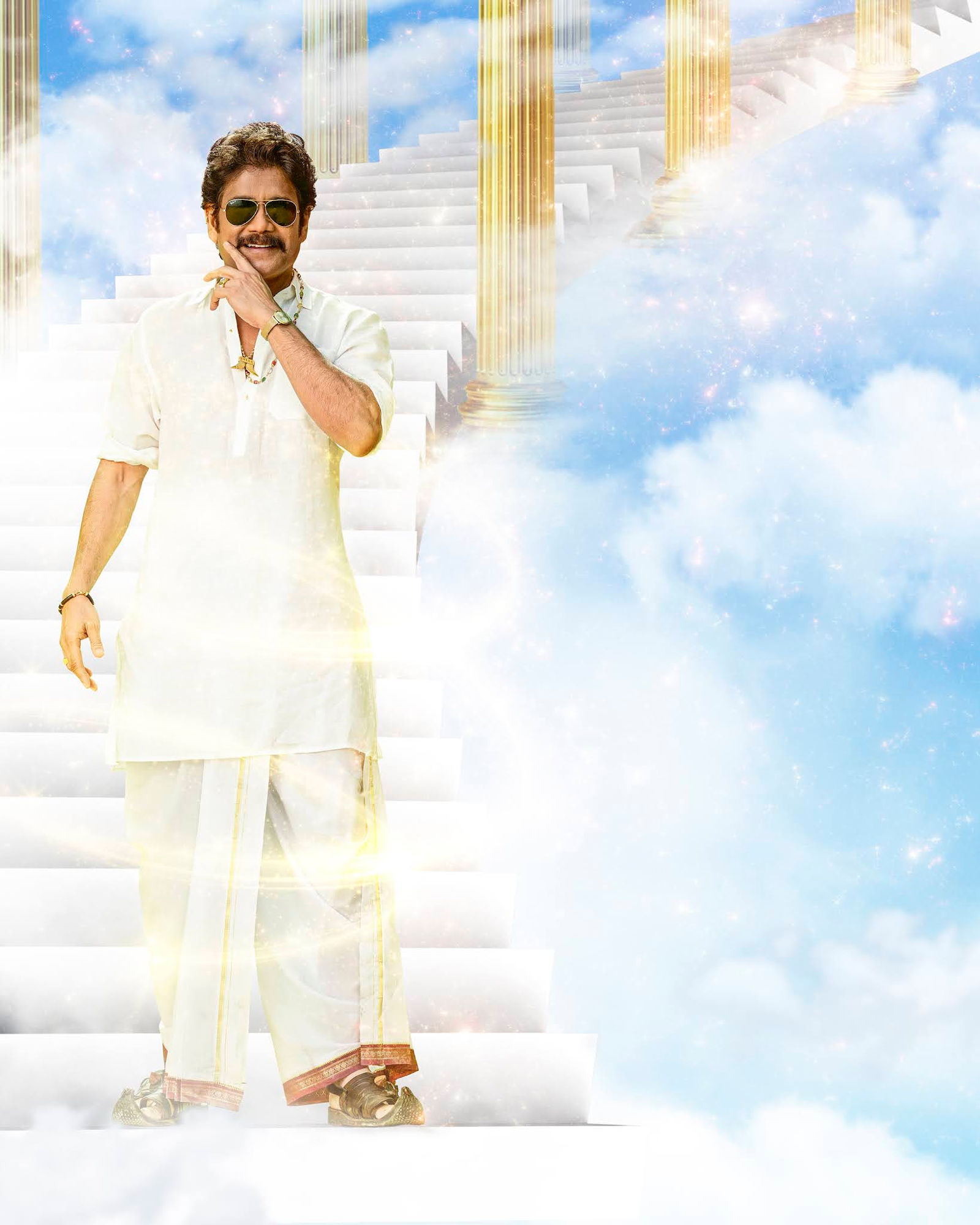 Zee Studios is co-producing the project with Annapurna Studios Pvt Ltd and Nagarjuna is the producer. Coming to other technical team, Anup Rubens scores music, while Satyanand provided screenplay and Yuvaraj is the cinematographer.

While Nagarjuna alone entertained in the prequel, he along with Naga Chaitanya is going to offer double the entertainment with the sequel.

It’s just a beginning and there are much more to come in coming days.