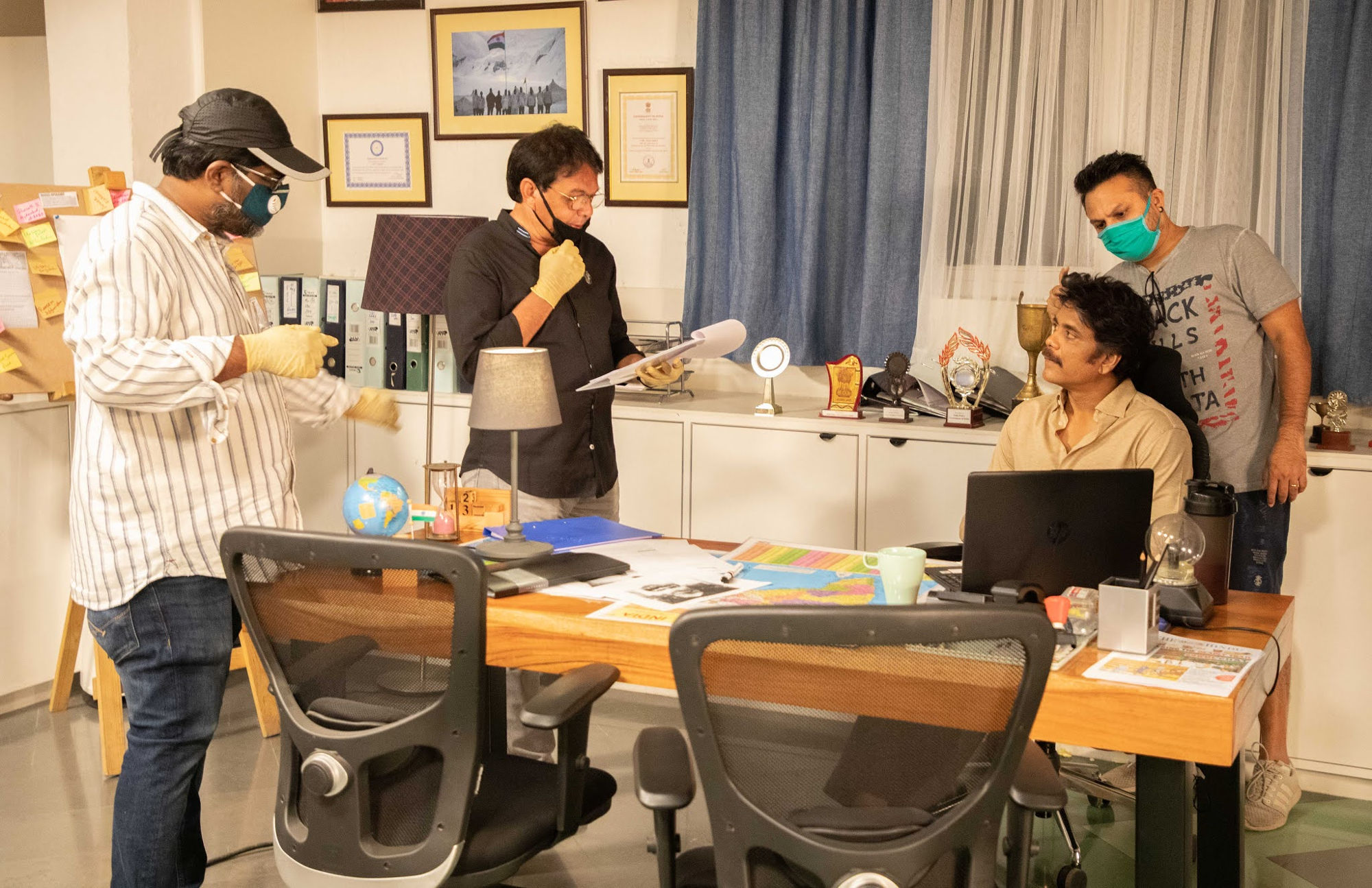 To the cheer of the film world and innumerable workers and cine fans, film shootings with a big star resumes. By resuming shoot, King Nagarjuna breaks path and shows the way.

The makers released a video to make movie buffs and fans know the kind of safety measures they have been taking, while shooting the film.

Disinfectant tunnel is arranged at the entry of the set and wearing masks is made obligatory for all the actors and technicians including the lead cast. Then, the set is sanitized and so are the other stuffs including costumes.

Dia Mirza is the leading lady in the film, while Saiyami Kher will be seen in a crucial role.

The following are the credits: 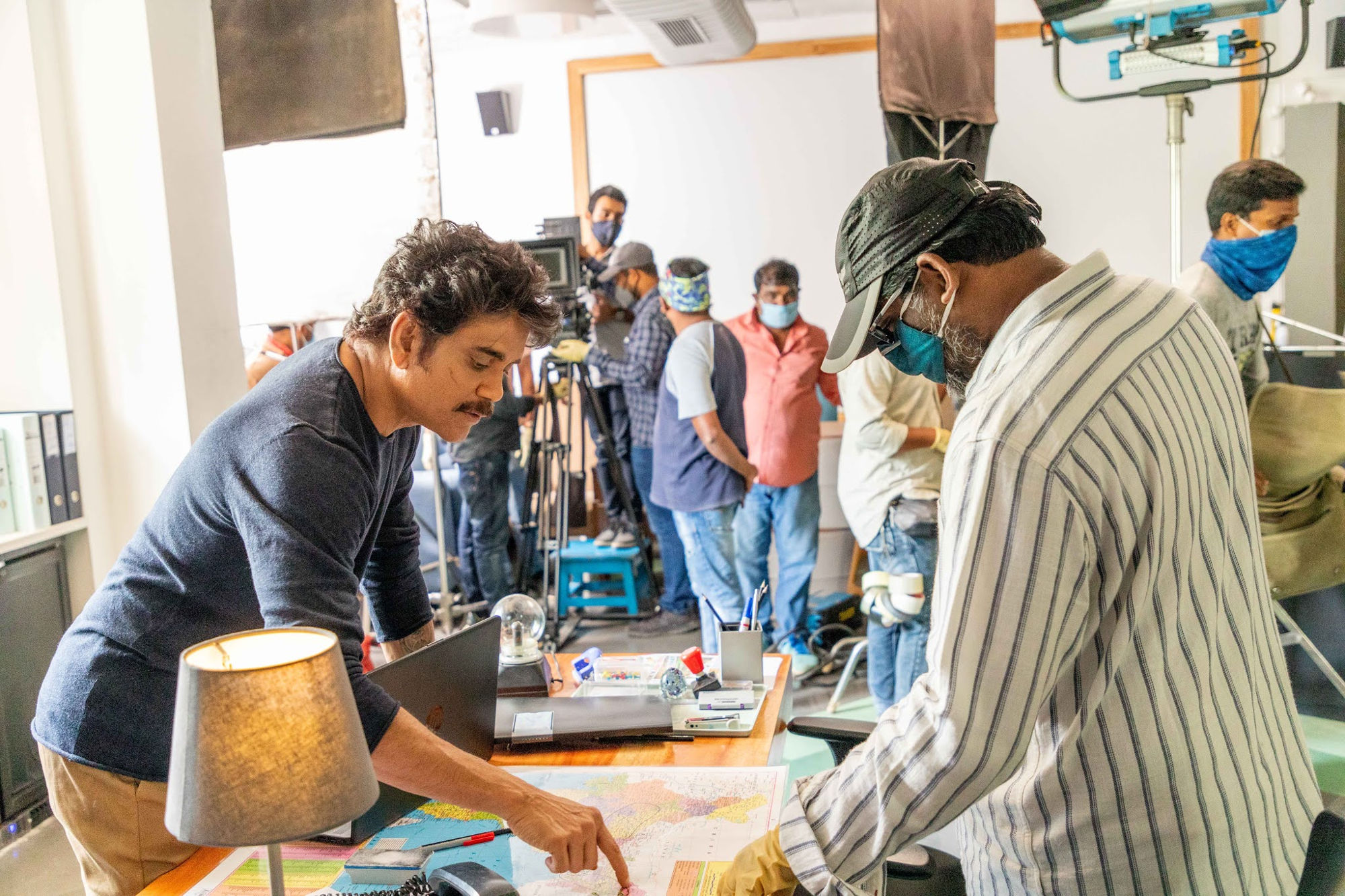