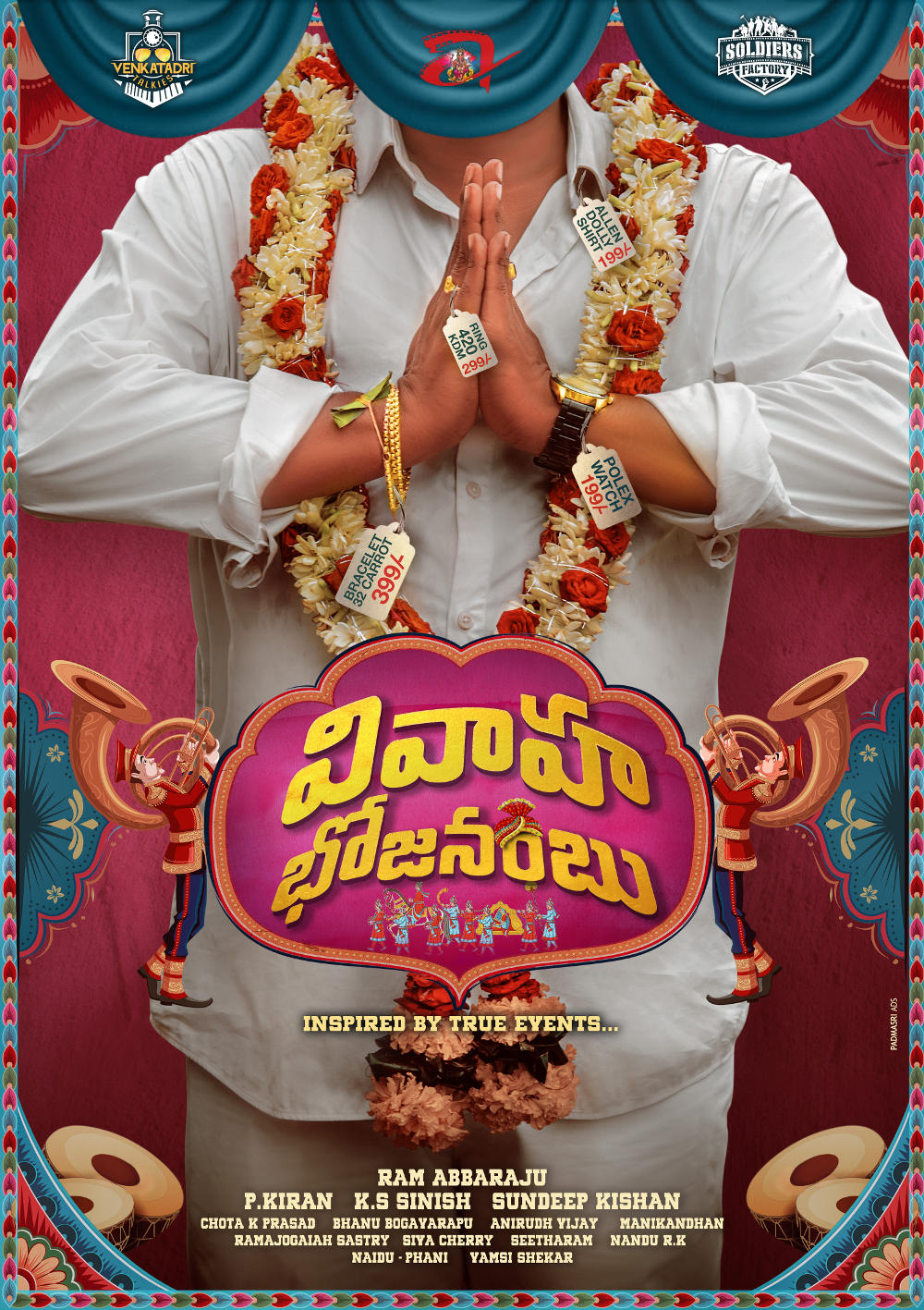 Sundeep Kishan has been proving himself as a producer with a rich taste. He also has got a knack for culinary tastes. It’s known that he runs a chain of restaurants named Vivaha Bhojanambu in Hyderabad and the Telugu States. The restaurants have been catering to their patrons with passion. And now, the actor has announced a film titled ‘Vivaha Bhojanambu’ under his home banner.

As is known, Sundeep Kishan turned into a producer with the successful ‘Ninu Veedani Needanu Nene’, which was made as Production No. 1 under Venkatadri Talkies, in 2019. He is also one of the producers of his current project, ‘A1 Express’, which is his Production No. 2. And, ‘Vivaha Bhojanambu’ is going to be his Production No. 3.

‘Vivaha Bhojanambu’ will be produced by Sundeep and K.S. Sinish on Venkatadri Talkies and Soldiers Factory. Presented by well-known producer P Kiran (Gemini Kiran) of Prestigious Anandhi Art Creations, the film will be directed by Ram Abbaraju.

The pre-look of the film was released on Monday. The first look will be out soon and the names of the film’s hero, heroine and other cast and crew details will also be announced.