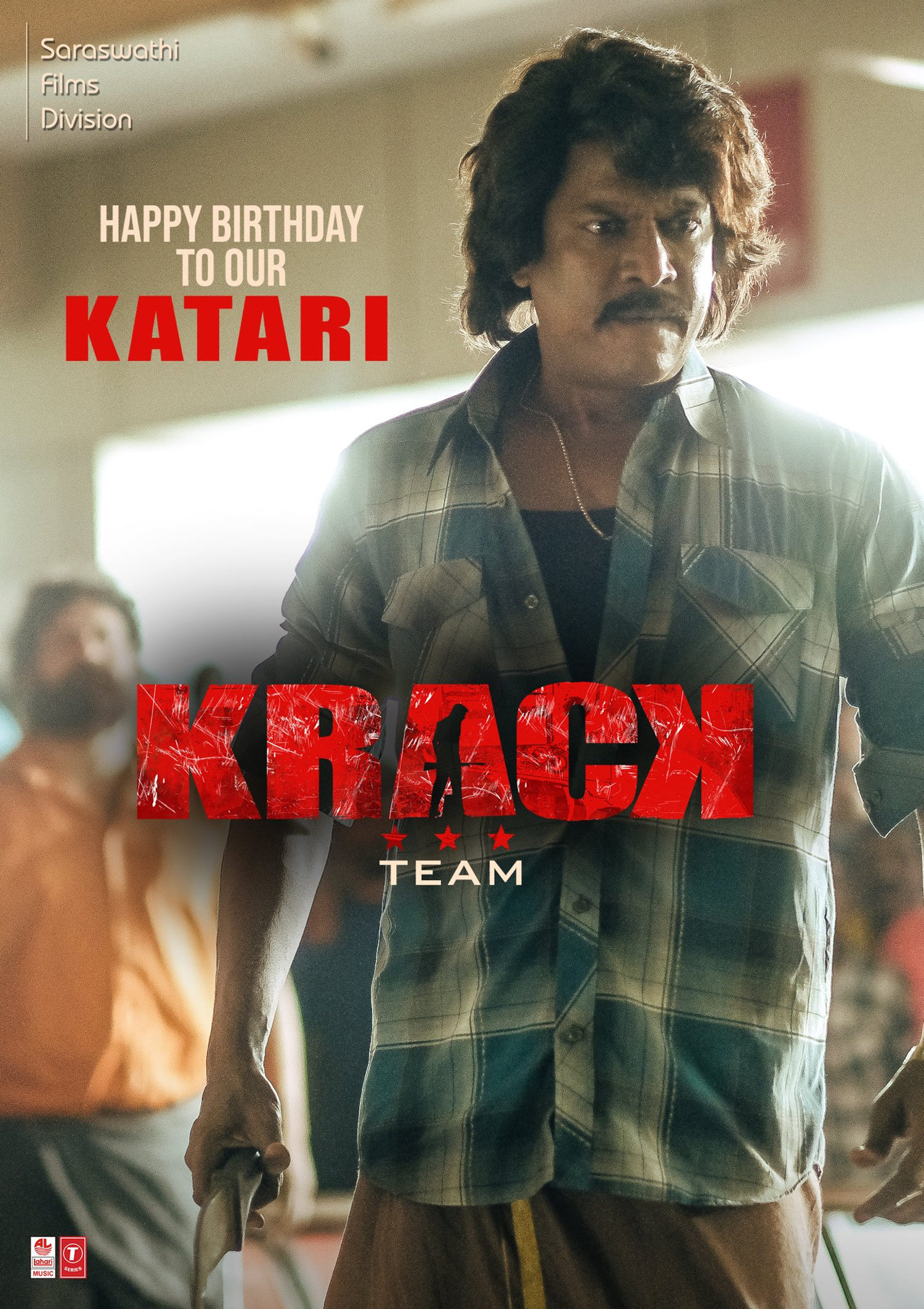 Mass Maharaja Ravi Teja and blockbuster director Gopichand Malineni’s hat-trick film Krack is nearing completion. The film’s entire shoot is finished, except for last schedule to commence after the lockdown is lifted.

Tamil actor Samuthirakani’s first look is released today on the occasion of his birthday. As mentioned in the poster, Samuthirakani plays an imperious role as Katari. He looks very powerful here.

Shruti Haasan makes comeback to Tollywood with the film where Varalakshmi Sarathkumar will appear in a negative role.

The film is produced by B Madhu under Saraswathi Films Division Banner. GK Vishnu is the director of photography.