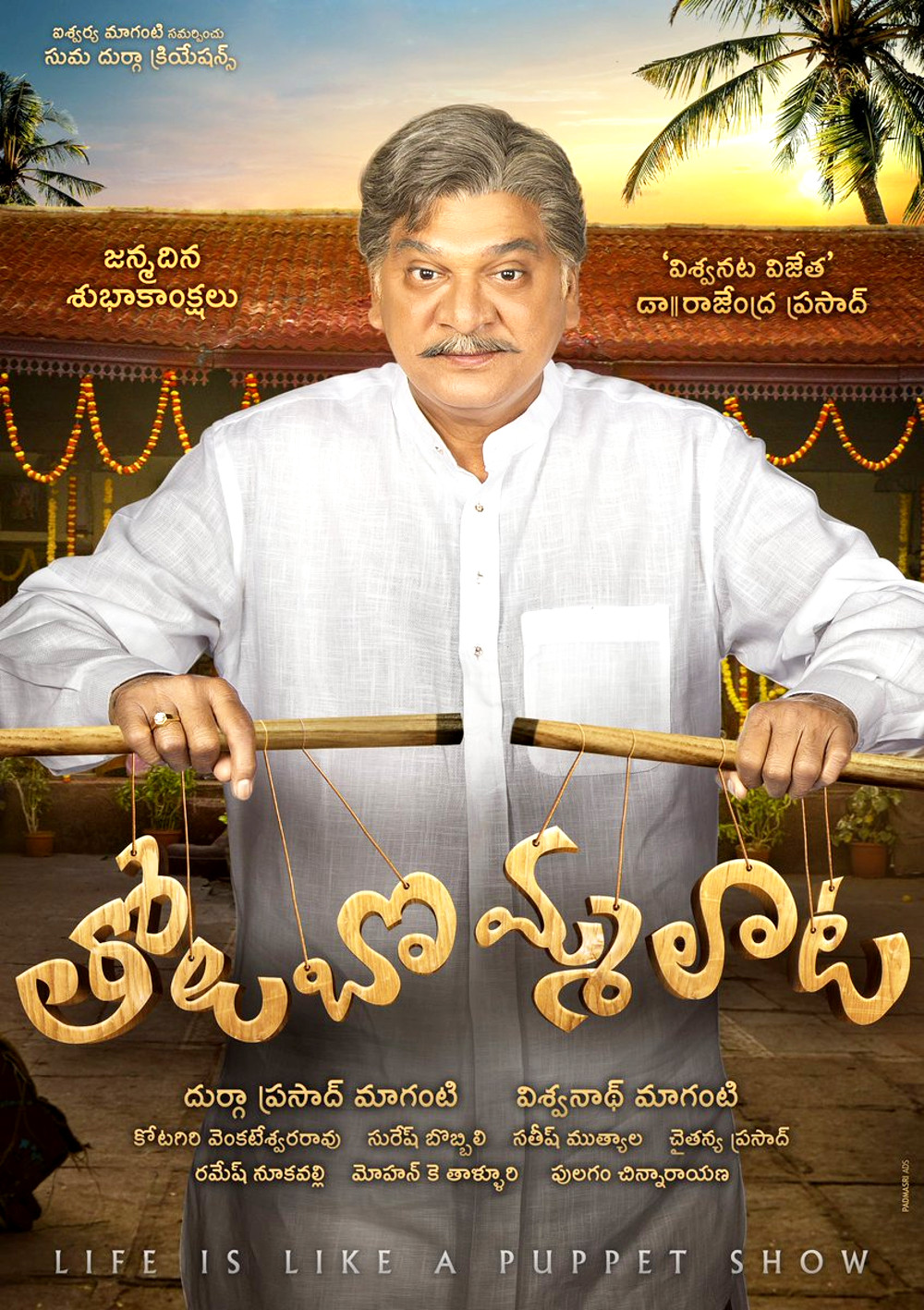 Receiving a positive response for the earlier released concept poster of Tholubommalata, it is expected to be a completely entertaining family drama scripted around the concept “Life is like a Puppet Show” by Vishwanath Maganti.

Coming to the story, a happy living old-man Somaraju known as Soldalaraju for his fondness in Goli Soda’s. As the movie progresses, he tries to resolve the issues and complexities rising in and around his family as a loving father and beloved grandfather. Was he able to solve them? What happened to him in this process? Why is it titled as “Tholubommalata”? will be answered on-screen.

Releasing First Look on the occasion of Dr. Rajendra Prasad’s Birthday, Tholubommalata movie team finished the shoot schedules in Hyderabad and Amalapuram recently and even started speeding up the post production works of the movie.