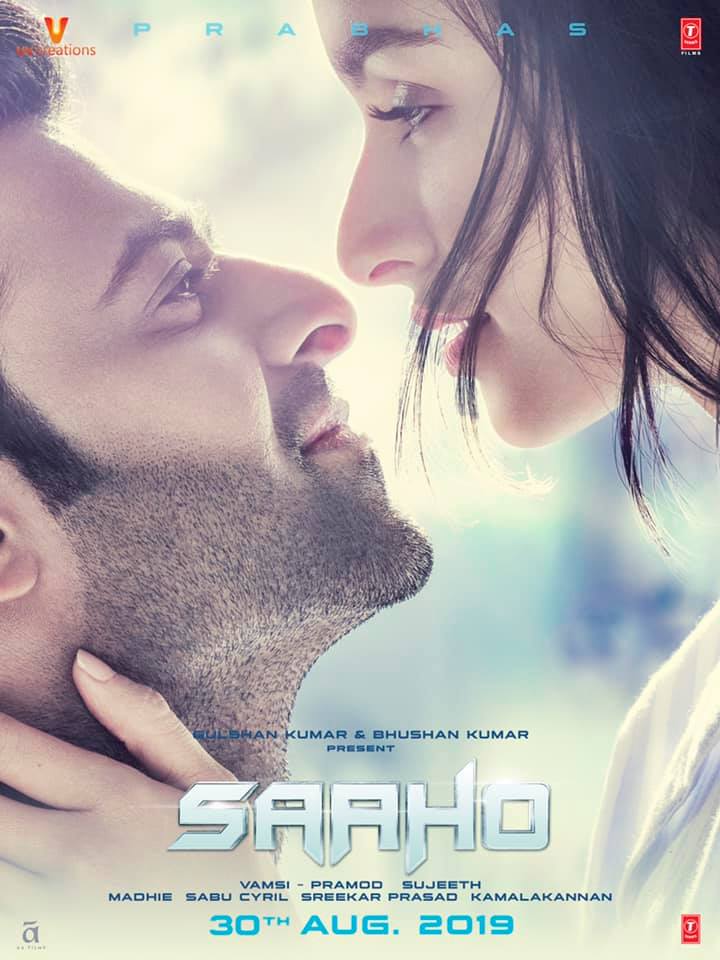 Young Rebel Star Prabhas’s latest action-thriller Saaho is all set to hit the screens all over the world on 30th August this year. Prabhas fans and Telugu people across the world pinned hopes on this film as it can showcase the power of Telugu filmmakers on the international stage.

Everything related to Saaho made it to top of the trending table irrespective of crazy stuff happening around. Saaho making videos, posters, song teasers everything went on to create a huge buzz for the film.

Now, Rebel Star Prabhas himself unveiled a poster from the film today which instantly went viral on social media platforms. This poster looks completely different as all previous posters depicted action part of the film one or the other way.