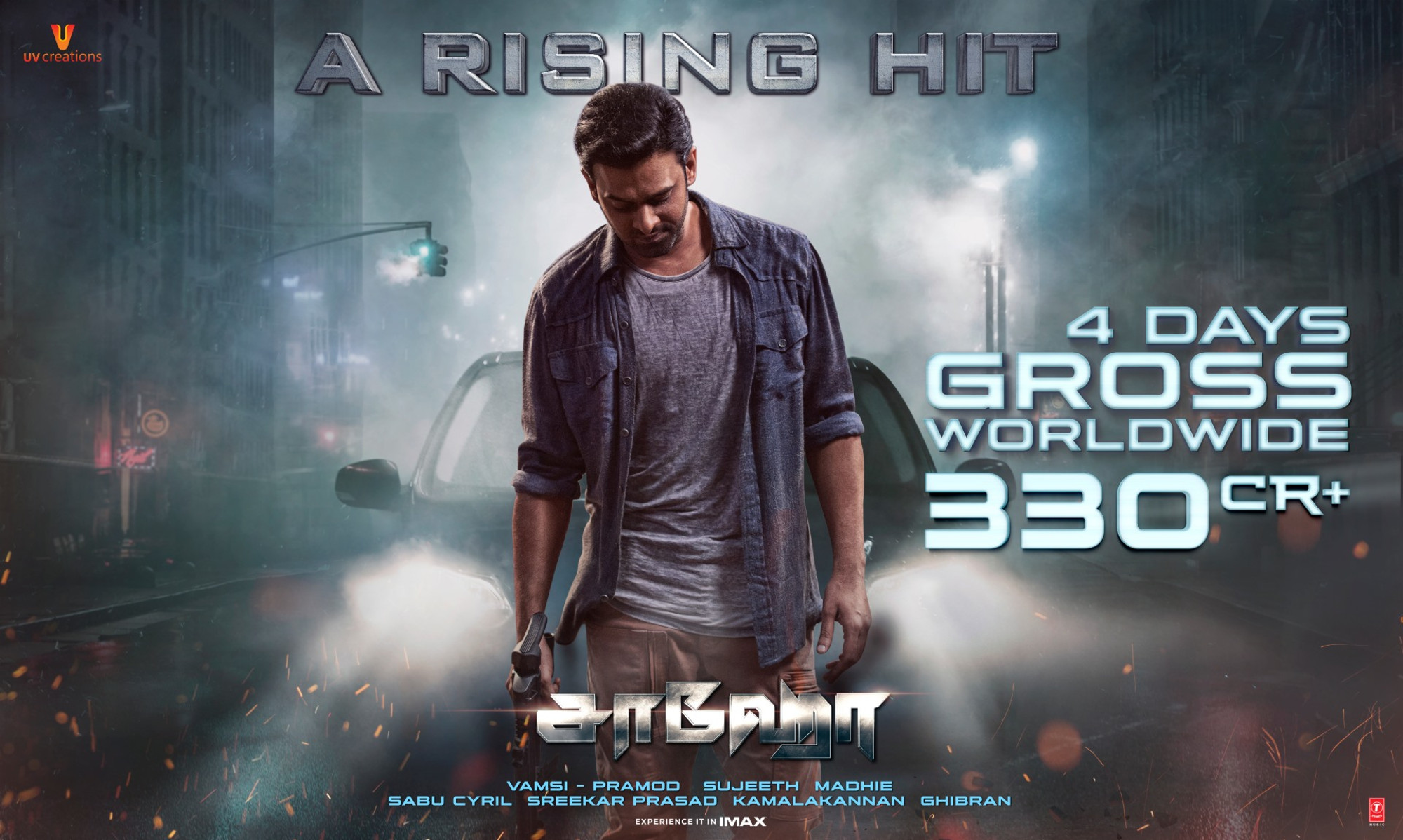 Superstar Prabhas Saaho has finally created history in the Indian cinema breaking all the records, garnering 330
cr in just 4 days which is witness that, the audience does not just go to watch his film, its his stardom that pulls the audience to the cinema due to the actor’s dedication towards his films and his path breaking choice of projects. Owing to Prabhas’s immense fan following, Saaho is a massive hit, leaving behind everything that is coming its way.

Prabhas who left the audience awestruck with his Baahubali Franchise and now, with Saaho the actor is ruling the box -office number not just in India but worldwide all the more- proof that the undisputed King Prabhas’s fans are celebrating all across the world.

Crossing a milestone in just day 1 crossing 100 cr and in two days 205 cr worldwide, Saaho has gripped the nation sweeping away all the records including Avengers: Endgame. Inspite of a busy Monday and Ganesh Chaturthi, the film earned 14.20 cr and now on Day 5, the film has yet again proved to be a blockbuster hit garnering 330 cr in 4 days.

Saaho which marks Prabhas’s Bollywood debut and is surely turning out the biggest Bollywood debut ever and surely being hailed as a Pan India star with such great numbers in just Hindi version.

‘Saaho’ is a high octane action thriller which is presented by T-Series, produced by UV Creations and directed by Sujeeth, released and hooting great numbers on the box office proving Prabhas to be the Pan India star, all across.

Prabhas Saaho fever continues as it crosses the 400 crores