Amid much expectations, the trailer of Rajinikanth’s Petta was released on Friday. As promised by director Karthik Subbaraj, he seems to have sculpted every frame with Rajinism.

The trailer is packed with punches and Rajini seems to have aged back. It is refreshing to see a young Rajinikanth who mouths some terrific dialogues in his own style.

While the teaser which was released on the superstar’s birthday on December 12 had no dialogues, the trailer has a few mass punch lines.

Fans have gone gaga over the trailer which upped the ante for release of the movie. The trailer also gave the fans a glimpse of the other actors in the movie. 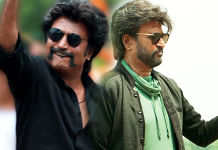