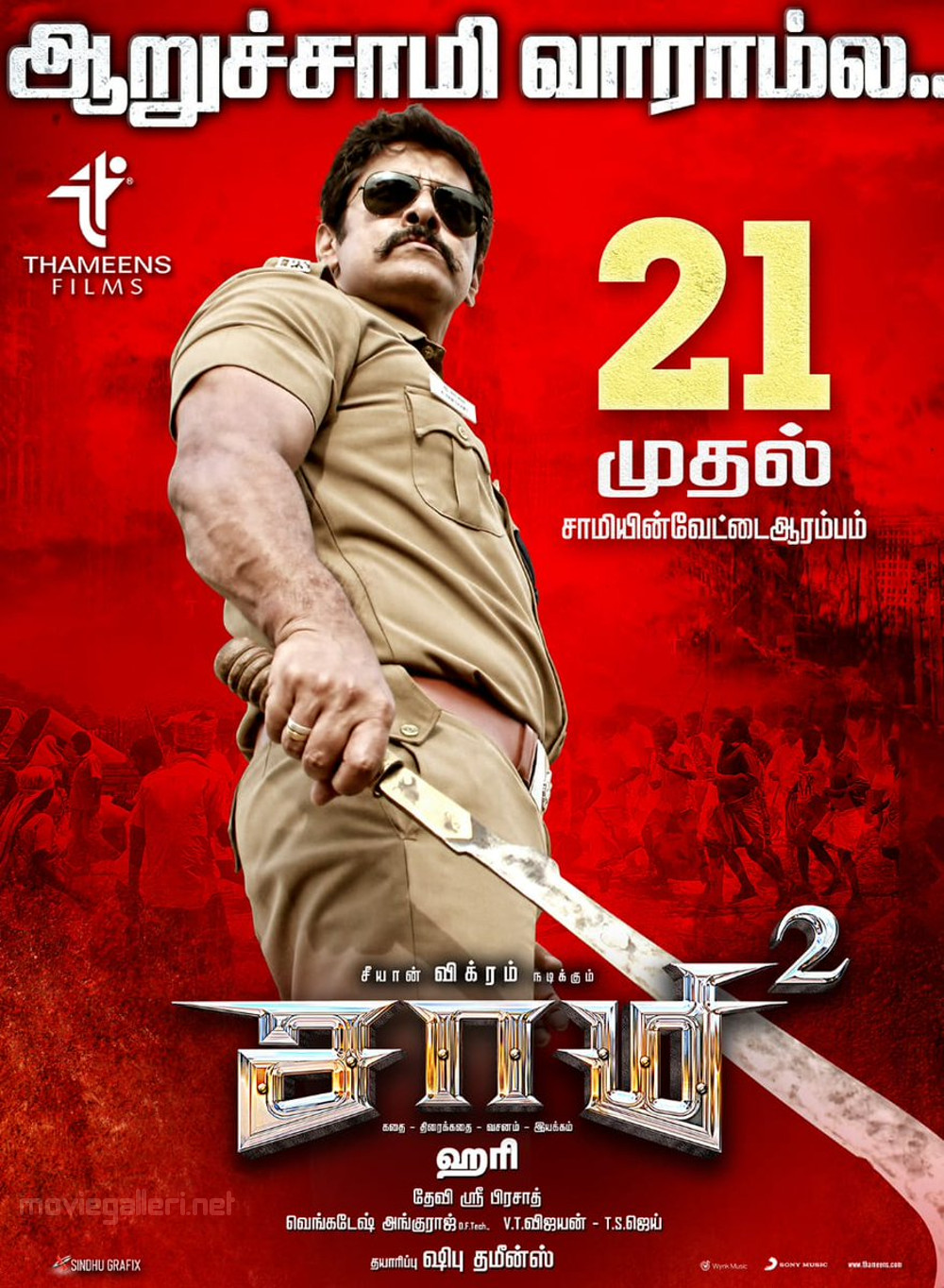 The trailer of the Saamy Square which was released recently stormed the social media. Now the makers have announced that the flick will be released on 21 September.

The trailer has all the commercial elements of a Hari film with high octane stunt sequences. The major highlight of the movie is the background score which has been retained from the first part.

Bobby Simha plays the role of son of Kota Srinivasa Rao, who was the villain in the first part. The flick is produced by Shibu Thameens. Music is by Devi Sri Prasad.