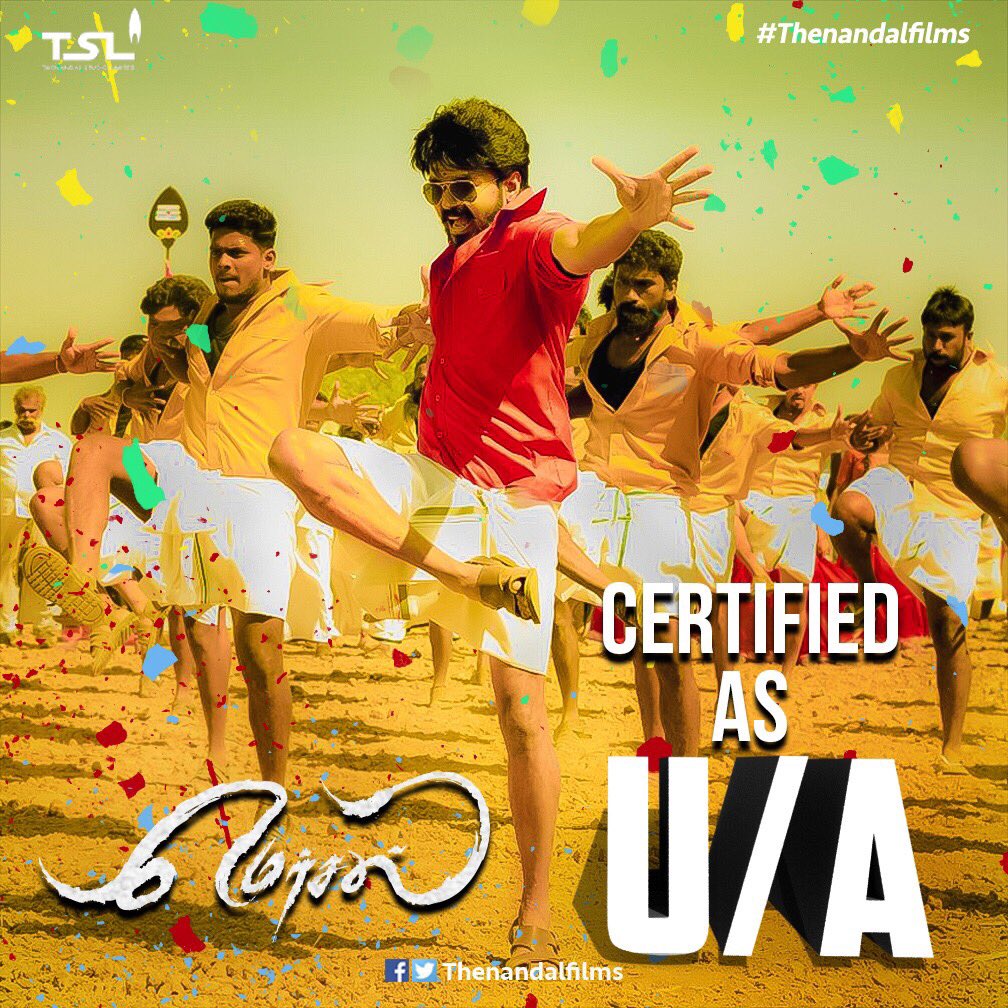 With just a couple of weeks for the release, Vijay’s upcoming flick Mersal has been censored and the movie has got U/A certificate.

The flick is bankrolled by Sri Thenandal Studios.

The news came out just a few hours after the Court dismissed the case against the movie’s title on Friday.

Vijay plays triple roles in the movie and the teaser of the flick was released recently and shattered many records.

Kajal Agarwal, Samantha and Nithya Menon play the female lead in the flick while S J Suryah is the antagonist. Music is by Oscar-Grammy winner A R Rahman.