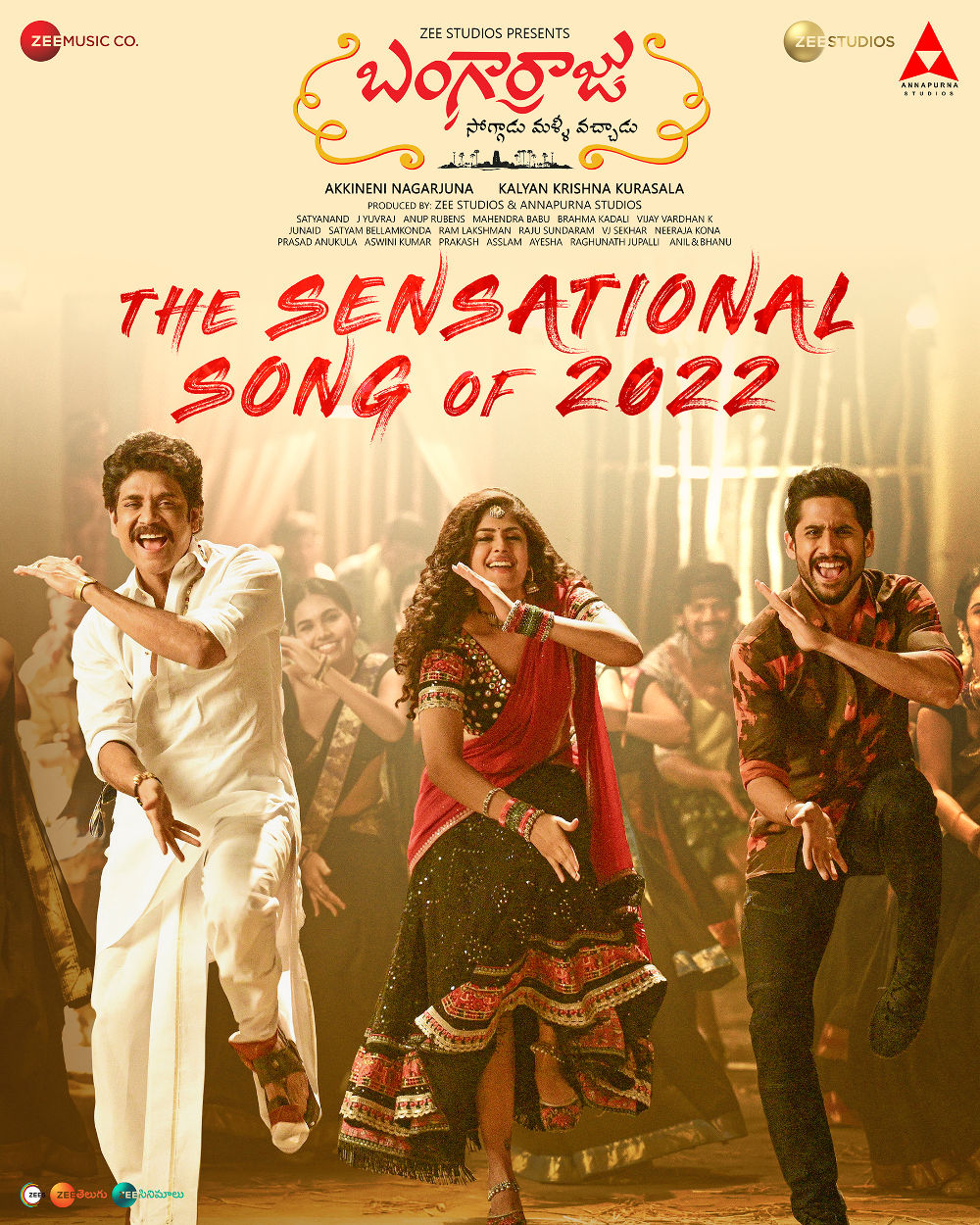 Anup Rubens has scored music and first single Laddunda and second single Naa Kosam became superhits. Now, they are coming up with The Party Song Of The Year. The third single will be out soon, though its teaser will be revealed on December 17th. Jathi Ratnalu fame Faria Abdullah is roped into dance alongside Nagarjuna and Naga Chaitanya in the song.

For the first time, as an innovation, the concept of musical poster is introduced. The digital poster also teases with music and it hints the third single is going to be a mass number. It sees Akkineni father-son duo dancing along with Faria Abdullah. While Nag appears in panche kattu, Chay dressed in colourful outfit and Faria looks like an atom bomb in a glitzy attire.

Nagarjuna and Naga Chaitanya are sharing screen space together for the second time, after the most memorable film of Akkineni family Manam. Bangarraju, which is a sequel to Nagarjuna’s biggest blockbuster Soggade Chinni Nayana, is progressing with its shoot.

Zee Studios is co-producing the project with Annapurna Studios Pvt Ltd. Nagarjuna is the producer. Satyanand has penned screenplay, while Yuvaraj handles the cinematography.