Megastar Chiranjeevi’s Massive action entertainer “Bholaa Shankar” with stylish maker Meher Ramesh and to be produced by Ramabrahmam Sunkara will have its muhurtham ceremony on November 11th at 7:45 am. The regular shoot of the movie commences from 15th of this month. 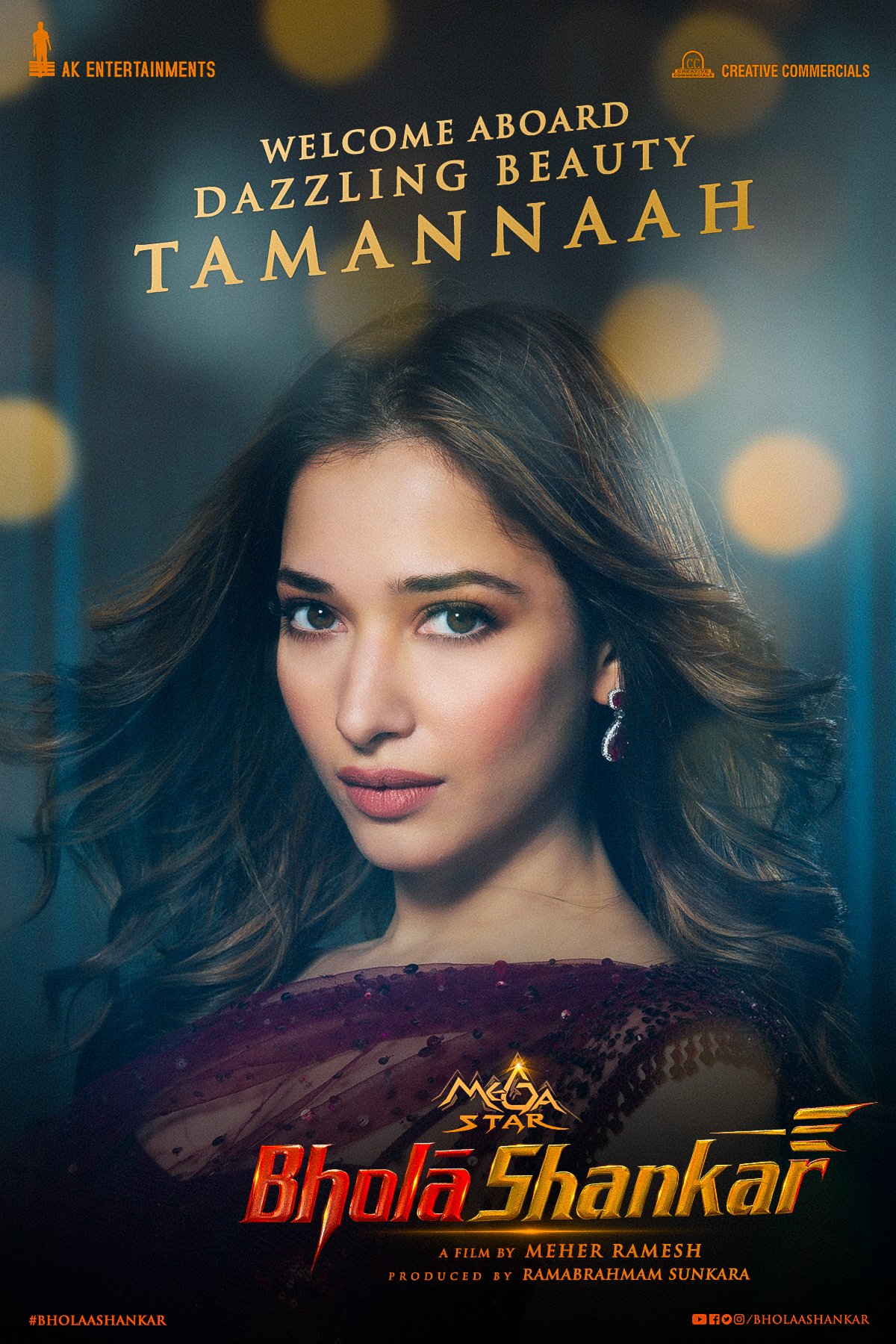 Latest update is dazzling beauty Tamannaah Bhatia is confirmed to play the lead actress opposite Chiranjeevi in the film. This is second film for Tamannaah with Chiranjeevi, after the blockbuster Sye Raa Narasimha Reddy. Given Tamannaah is also a great dancer, it will be an eyeful to see her shaking leg with megastar Chiranjeevi in songs.

Keerthy Suresh will play Chiranjeevi’s sister in the film which banks on brother-sister sentiment. Yesterday, look test was performed on Chiranjeevi and Meher Ramesh informed the same through his social media handle.

The film will boast of a stellar cast and distinguished craftsmen will be part of it. The makers will announce the other cast and technical crew of the movie soon. Bholaa Shankar will release in theatres in 2022.