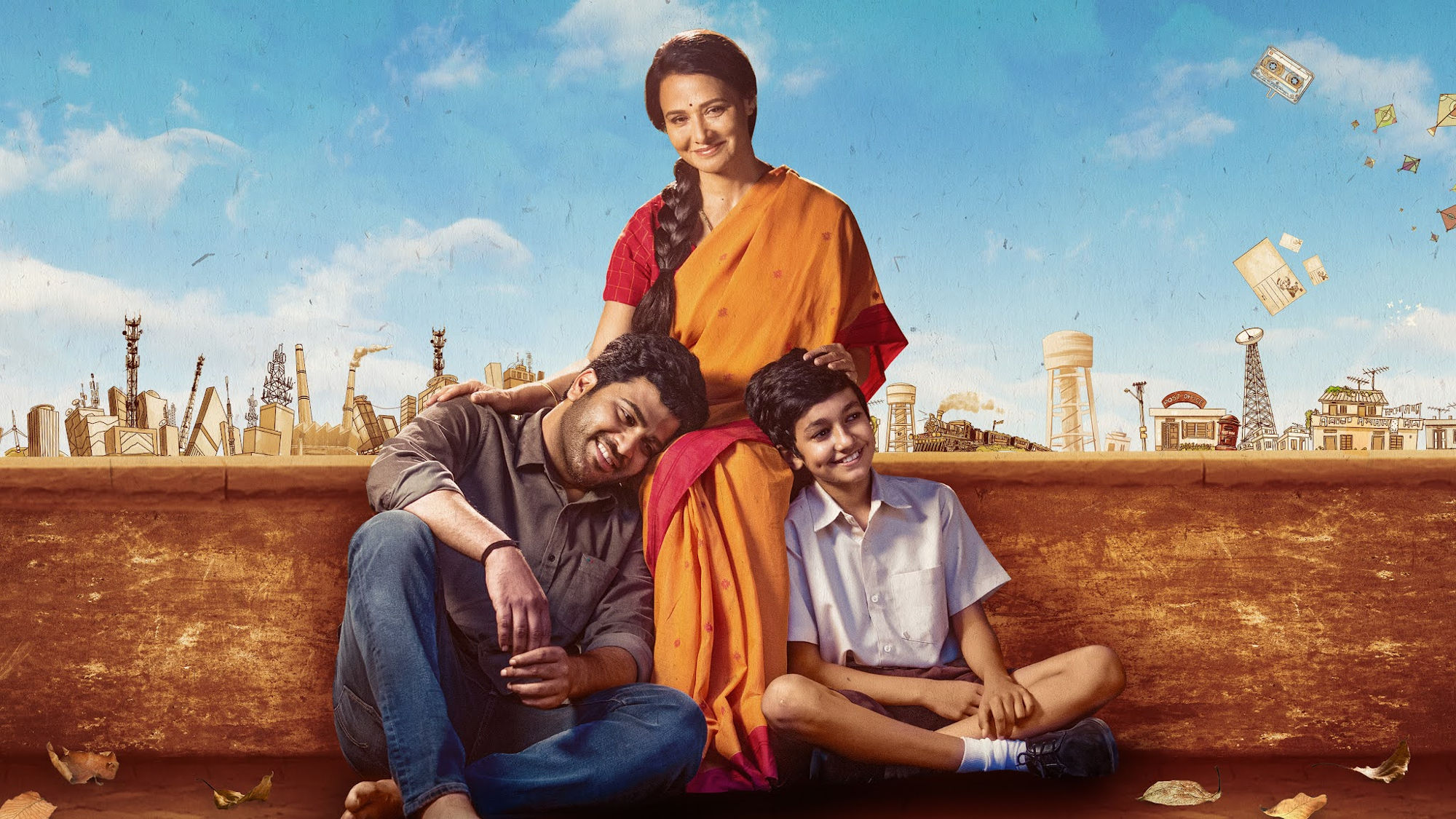 Wishing everyone Happy Diwali, the makers have announced to release the movie in February, 2022 with a new poster. Amala Akkineni is seen sitting on a wall of terrace, while Sharwanand and his on-screen brother sit on ground and keep their heads on mother’s lap. We can actually feel the positive vibes in the poster that also shows other elements of globalization.

Telugu girl Ritu Varma stars opposite Sharwa, along with Vennela Kishore and Priyadharshi playing the supporting roles. The music for this film is composed by Jakes Bejoy. ‘Dear Comrade’ fame cinematographer and editor, Sujeeth Sarang and Sreejith Sarang are also part of this movie.

Sharwanand has huge following among family audiences and this film is going to equally cater to family viewers as well as the youth. In fact, films with mother-son bonding will enthrall all sections.

The film’s first look poster and teaser got wonderful response.