National Award-Winning Actress Keerthy Suresh has played a shooter in the woman-centric sports rom-com film Good luck Sakhi, where Aadhi Pinisetty will be seen as male lead and Jagapathi Babu in a crucial role as her coach. The film boasts proudly of a female dominated crew lead by co-producer Shravya Varma. 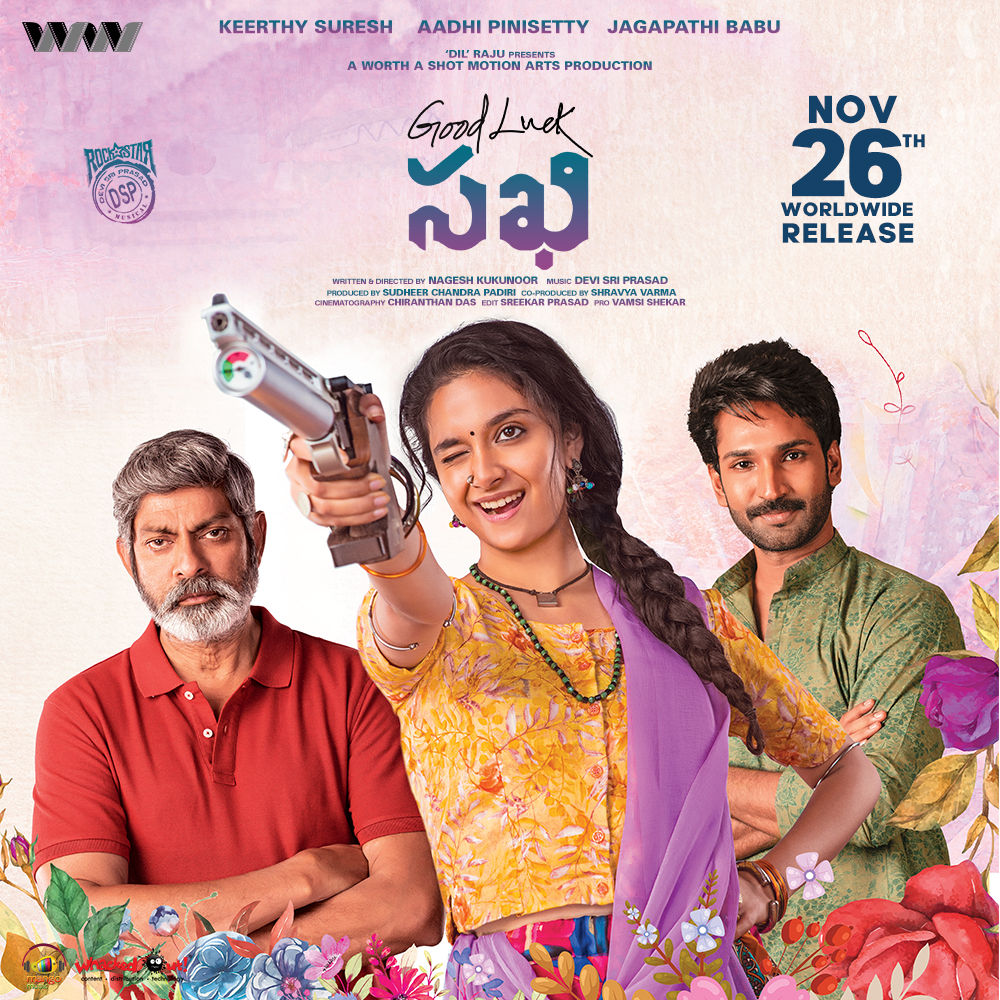 The makers on Keerthy Suresh’s birthday announced to release the movie in November. Today, they have come up with exact release date. Good Luck Sakhi will be releasing on November 26th. The poster sees Keerthy Suresh aiming her target, while it also sees two important men in her life played by Aadhi and Jagapathi Babu. Keerthy Suresh appears as a village belle.

Directed by Nagesh Kukunoor, Good Luck Sakhi is a multi-lingual film made simultaneously in Telugu, Tamil and Malayalam languages. Popular producer Dil Raju is presenting the film while Sudheer Chandra Padiri is producing it on Worth A Shot Motion Arts banner. Rock star Devi Sri Prasad has scored, music while Chirantan Das has cranked the camera. Teaser and other promotional content of the film got good response from all the corners.