The successful combination of King Akkineni Nagarjuna and director Kalyan Krishna Kurasala is back with the sequel of the blockbuster movie Soggade Chinni Nayana titled Bangarraju which has been making huge noise ever since the makers announced the project officially. Bangarraju’s was most entertaining characters of SCN and Kalyan Krishna prepared a highly amusing script for the sequel that will feature Ramya Krishna reprising her character from the prequel. 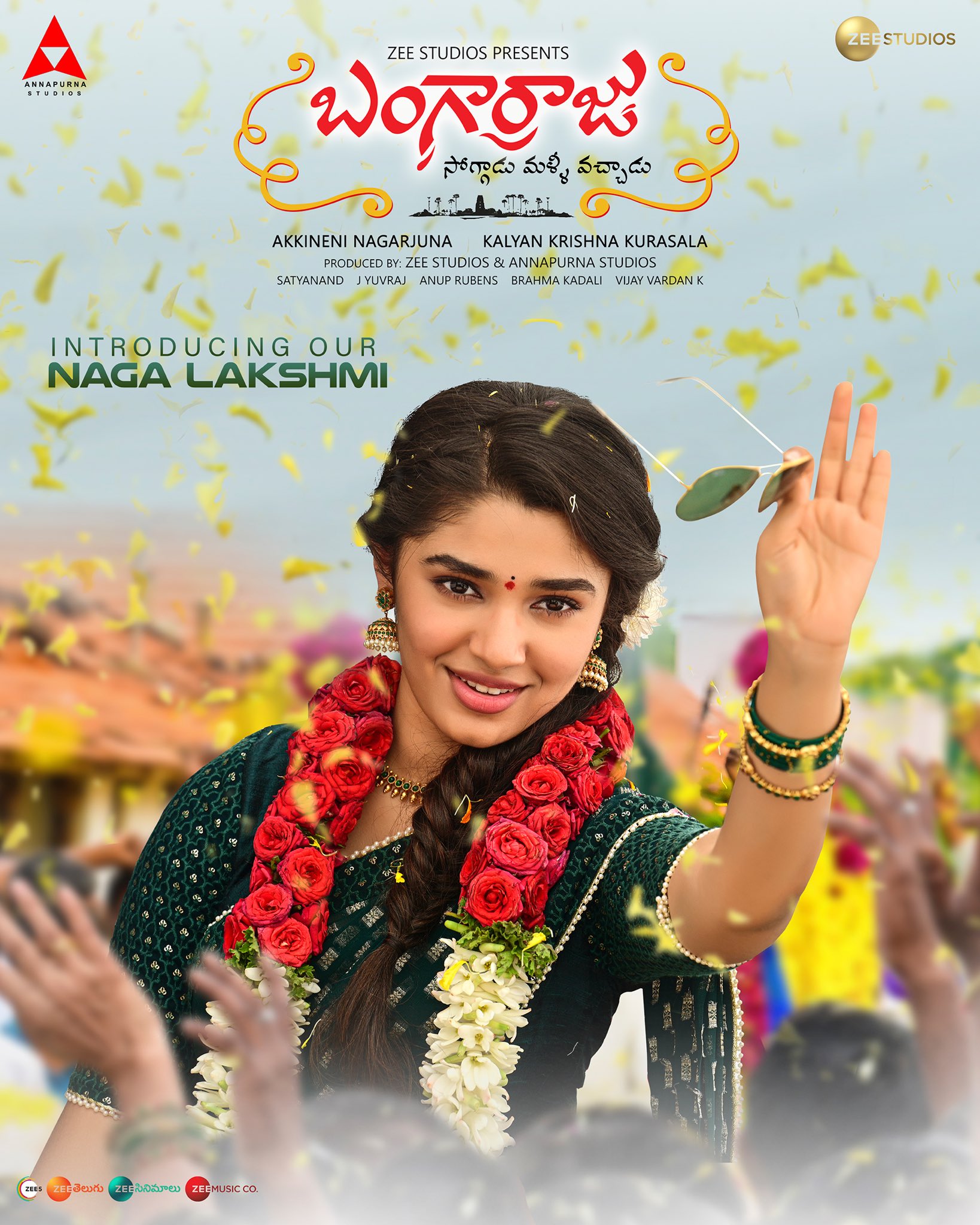 Besides adding extra hilarity, Kalyan Krishna also included two other lead characters in Bangarraju. Yuva Samrat Naga Chaitanya and most sought-after actress Krithi Shetty are the other pair in the most awaited movie. Naga Chaitanya himself revealed first look of his love interest in the film. Krithi Shetty is introduced as Naga Lakshmi.

Krithi Shetty looks super cool and pretty as a village belle in the first look poster where she is seen waving her hand as a sign of victory. Flashes her happiest smile, Krithi holds shades in her hand and we can also observe a garland around her neck. She appears in a green saree and matching blouse in the poster. Going by the first look poster, Krithi Shetty has got a meaty role in the film.

The film’s new shooting schedule commenced recently in Mysore where some important scenes are being canned with the entire cast taking part in it.

Bangarraju is billed to be a wholesome entertainer laced with good dose of romance, emotions and other commercial ingredients. Expectations are quite high on the project, since it is the prequel for the blockbuster and Nagarjuna and Naga Chaitanya are working together for the second time.