Natasimha Nandamuri Balakrishna and mass director Boyapati Srinu’s upcoming flick Akhanda’s entire shooting was wrapped up. The makers completed canning a song in Annapurna Studios and with this the shooting part is wrapped up. Post-production works are also happening simultaneously and the makers will soon announce Akhanda’s release date. 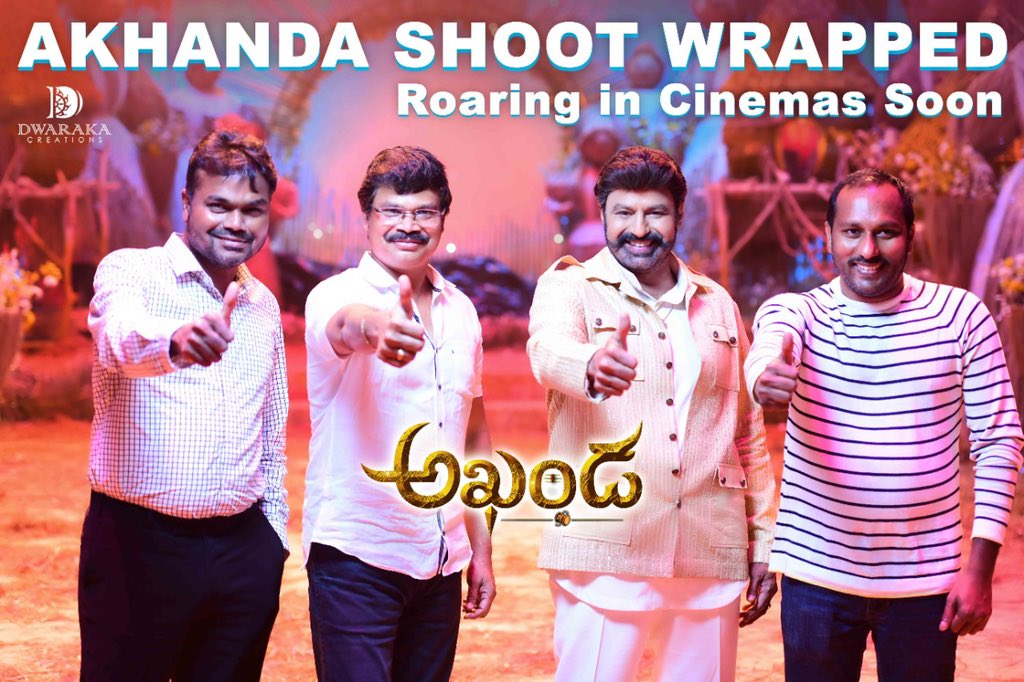 The poster sees Balakrishna, alongside his director Boyapati Srinu, producer Miryala Ravinder Reddy and Sridhar. They shows thumbs up, as the shooting was completed.

Balakrishna and Boyapati collaborated for the third time to complete hat-trick hits in their combination. Expectations are sky high on the film as Boyapati knows the pulse of masses and he is presenting Balakrishna in never seen before avatars. Balakrishna who plays a dual character will be seen as an Aghora in one of the roles.

The teasers to introduce two characters of Balakrishna got tremendous response and first song too pleased music lovers. The makers will intensify promotional campaign, once they announce release date. 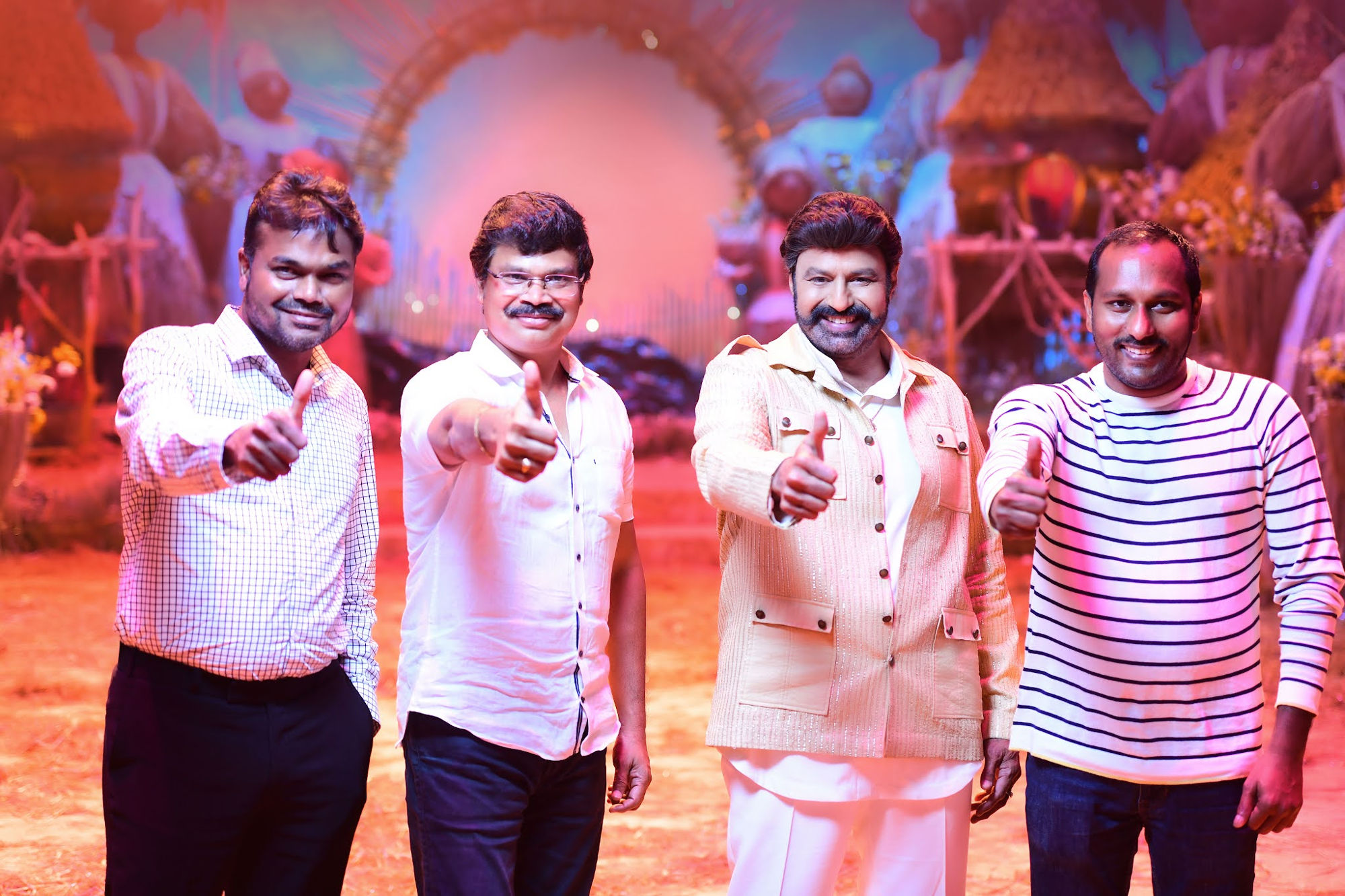 Pragya Jaiswal is the leading lady opposite Balakrishna in the mass action entertainer. Miryala Ravinder Reddy is producing Akhanda on Dwaraka Creations. Jagapathi Babu and Srikanth will be seen in crucial roles.