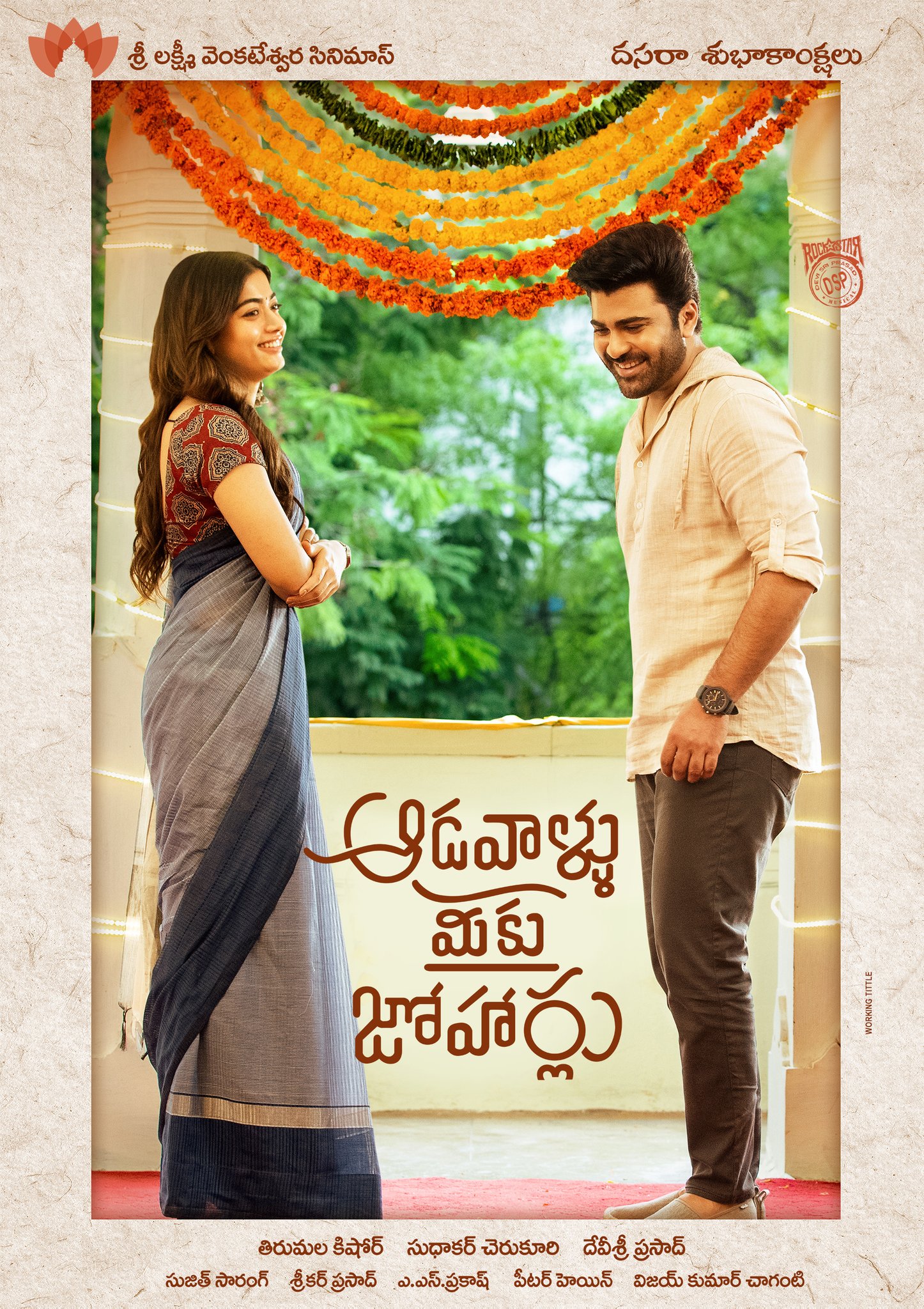 Wishing everyone a Happy Dussehra, the makers of Aadavaallu Meeku Johaarlu have provided a pleasant presentation by releasing first look poster of the film. There are festive vibes all over in the poster as Sharwanand and Rashmika Mandanna are dressed in traditional attire with the house decorated with flowers. While Sharwa looks handsome in wheat colour shirt and brown solid casual trouser, Rashmika looks chic in handloom saree paired with printed blouse. Though they don’t see eye-to-eye, that smile on their faces add more beauty to the poster. Sharwa and Rashmika’s pairing looks fresh and adorable.

Aadavaallu Meeku Johaarlu marks Sharwanand’s first collaboration with Rashmika Mandanna and Tirumala Kishore. Sharwanand plays a guy next door kind of role, while Rashmika Mandanna will be seen in a meaty role. The title itself suggests the importance of female characters in the movie.

Khushbu, Radhika Sarathkumar and Urvashi are playing important roles in the film that also features some stellar cast. Popular cinematographer Sujith Sarang is handling cinematography, while Sreekar Prasad who won several national awards is the editor.

Sudhakar Cherukuri who has some good taste and got perfect judgement skills in terms of his films is producing the film on grand scale with rich production values.