Action hero Vishal joins hands with director A Vinoth Kumar for a high-octane action entertainer. The film was launched with a pooja ceremony on Vishal’s birthday in a popular Sai Baba Temple in Chennai and regular shooting commenced from the very next day.

Ramana and Nandha are jointly producing the movie under Rana Productions. Sunaina is roped in to play the leading lady opposite Vishal in the Pan India project. 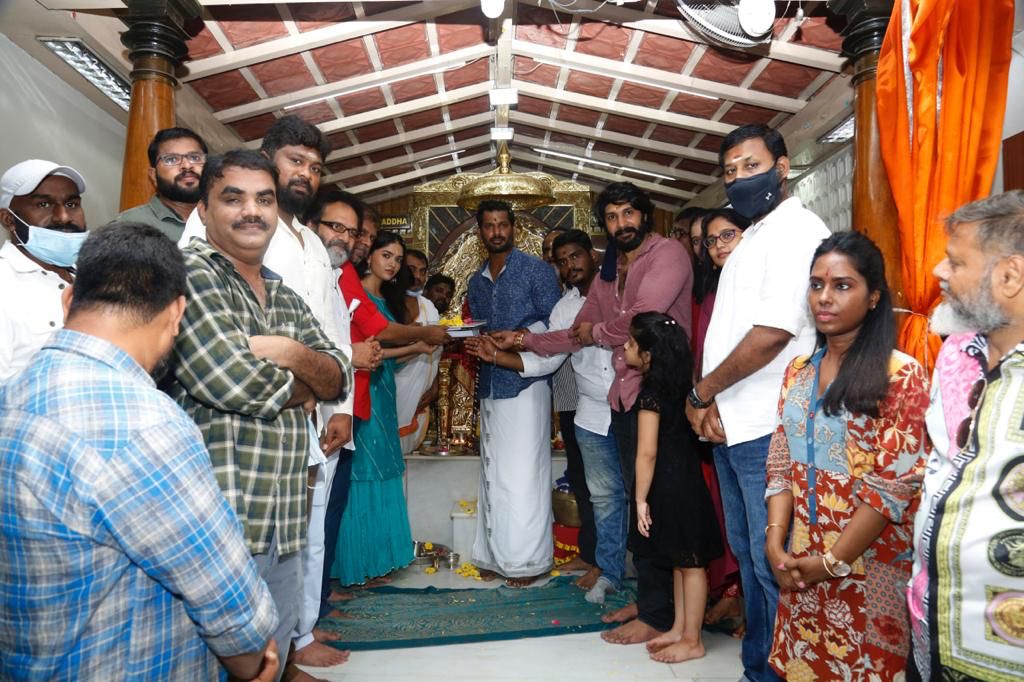 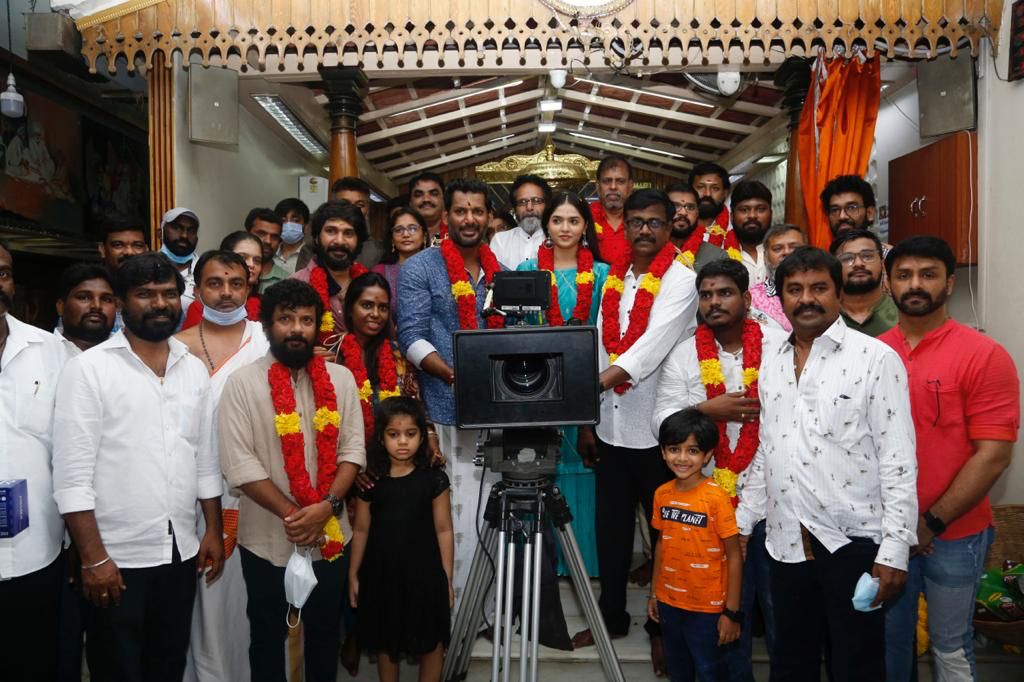 The makers have locked a powerful title for the film which will be revealed soon. An object that influences bringing big change in the society is the title. The movie will have the same title for all the languages.

Vishal has starred in numerous high-octane action entertainers. But this movie will have some breath-taking action sequences, much to the delight of action movie lovers. Guess what, second half of the movie will have 45 minutes of action blocks. Dhilip Subbarayan will supervise stunts.

Sam CS is the music director, while Balasubramanian cranks the camera. Pon Parthiban is the writer. 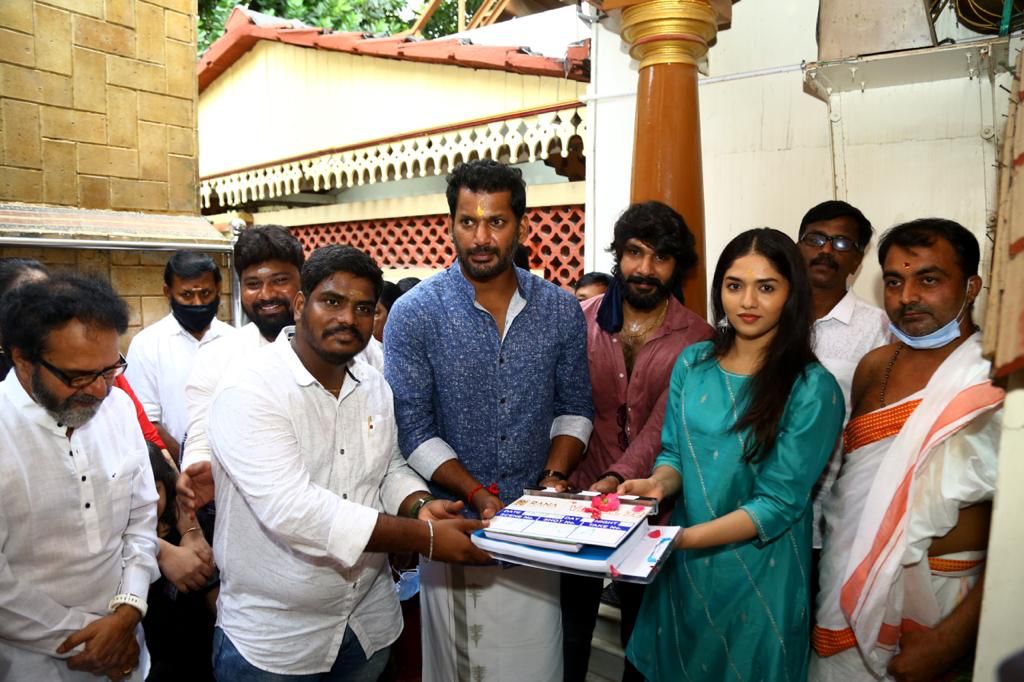 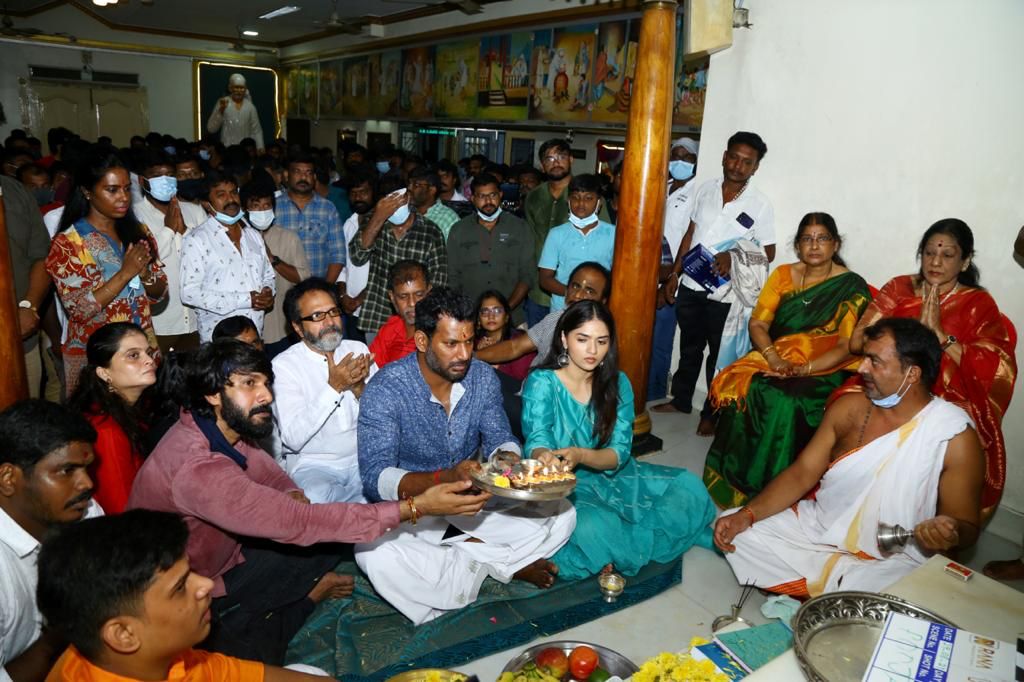