Pawan Kalyan and Rana Daggubati starrer ‘Bheemla Nayak’ is being produced by Sithara Entertainments. Screenplay and dialogues are given by Ace Writer-Director ‘Trivikram’ while ‘Survyadevara Naga Vamsi’ is producing the film which is being Directed by ‘Saagar K Chandra’.

Rana Daggubati’s first glimpse from the film ‘Bheemla Nayak’ was released today at 6.03 pm by the film unit. This glimpse acts as a curtain raiser for Rana Daggubati’s embodiment and insight towards Daniel Shekar’s character dynamics. 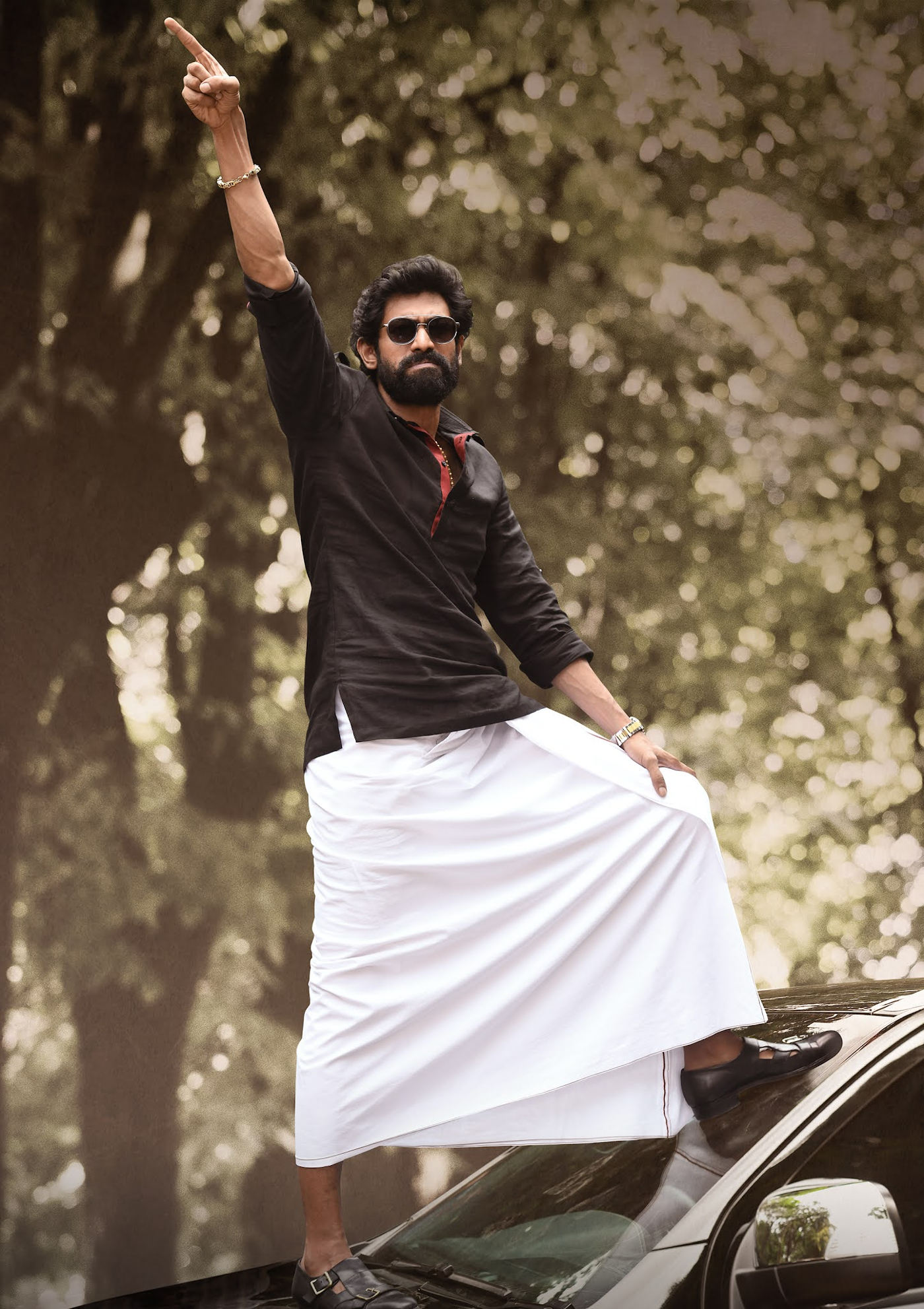 “Nee mogudu Gabbar Singh anta..? Station lo talk nadusthundi.. Nenevaro Telusa .. Dharmendra.. Hero… Hero! Danny Entertainments Production no. 1!”
Roughly translated to,
“There is a talk going around in the station that your husband is Gabbar Singh?..
You know who I am?… Dharmendra.. Hero… Hero! Danny Entertainments Production no. 1!” are the dialogues spoken by the character ‘Daniel Shekar’ in this teaser. These dialogues paint a picture about his characterisation even more clearly.

The film is currently undergoing the shooting process. Producer Suryadevara Naga Vamsi said that his banner is producing this film with great ambition. He also said that the film is set to release on 12 January 2022.