Versatile actor Nithiin who was seen in completely class and soft roles in his last few films will be playing an action-packed role in his next film under the direction of MS Raja Shekhar Reddy. The film to be produced by Sudhakar Reddy and Nikitha Reddy on Sreshth Movies banner was launched today and as promised the makers have revealed its title through a motion poster.

Few hooligans are seen coming to attack Nithiin, while the protagonist is ready to take on them. There’s fire all over. And the title is announced as Macherla Niyojakavargam. It’s a massy title and the title as well as the motion poster indicate the film is going to be a pucca mass and commercial entertainer with high action elements. Mahathi Swara Sagar has provided wonderful BGM for the motion poster.

Director MS Raja Shekhar Reddy has prepared a powerful script to present Nithiin in a never seen before action role and he has succeeded to convey the same through the motion poster. The title- Macherla Niyojakavargam makes strong impact. Needless to say, the motion poster raises expectations on the film, much before it goes on floors.

The most sought-after actress Krithi Shetty plays the female lead of the project to be mounted on large scale. The movie also boasts of stellar cast and will have leading craftsmen working for it. 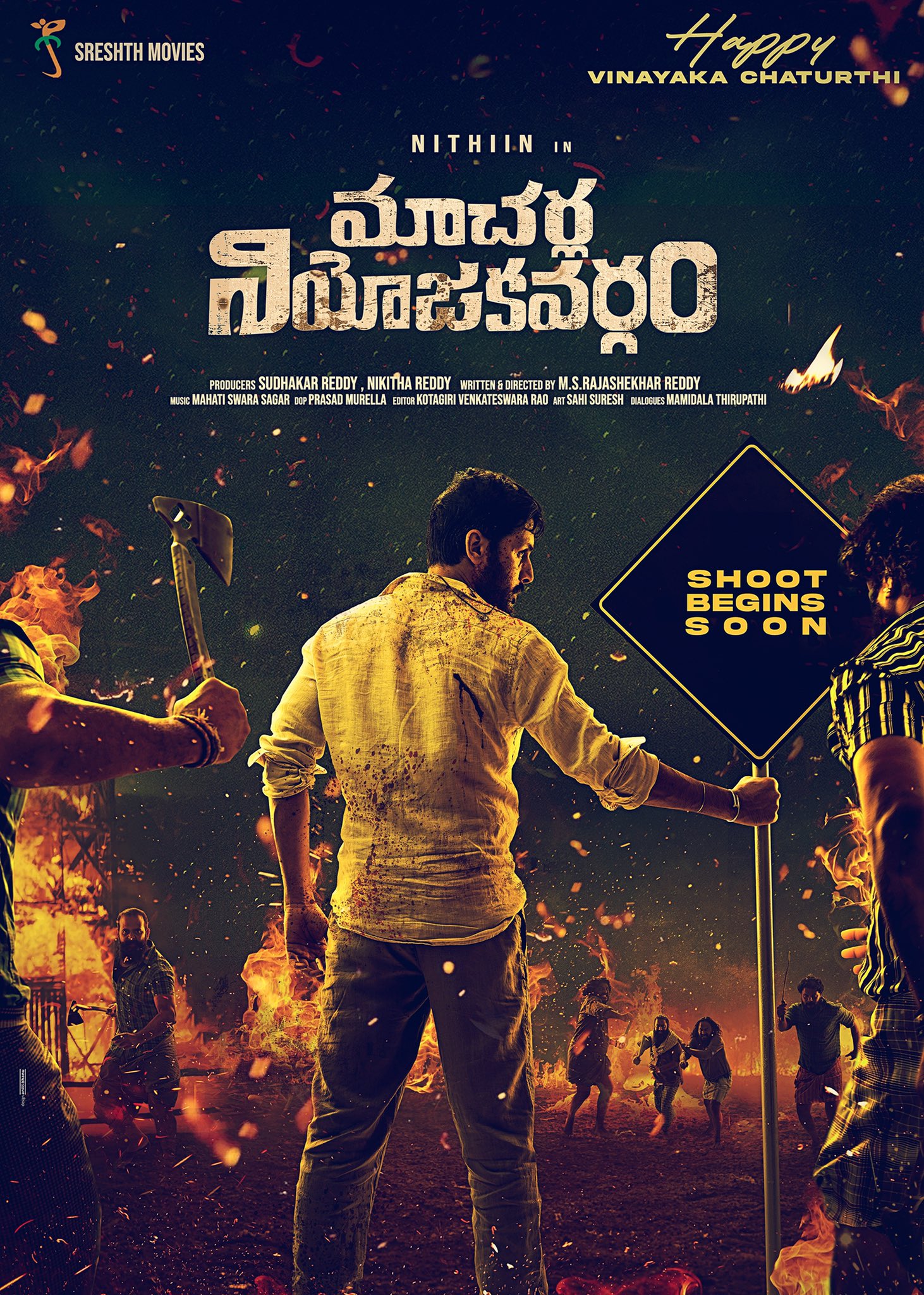 The film’s regular shooting commences from next month. Other details will be revealed soon.