Clap is the most challenging project for hero Aadhi Pinisetty who will be seen as an athlete. The sports drama is being directed by Prithivi Adithya and produced jointly by Ramanjaneyulu Javvaji (Sarvanth Ram Creations) and M Rajasekhar Reddy (Shri Shirdi Sai Movies) presented by IB Karthikeyan (Big Print Pictures) 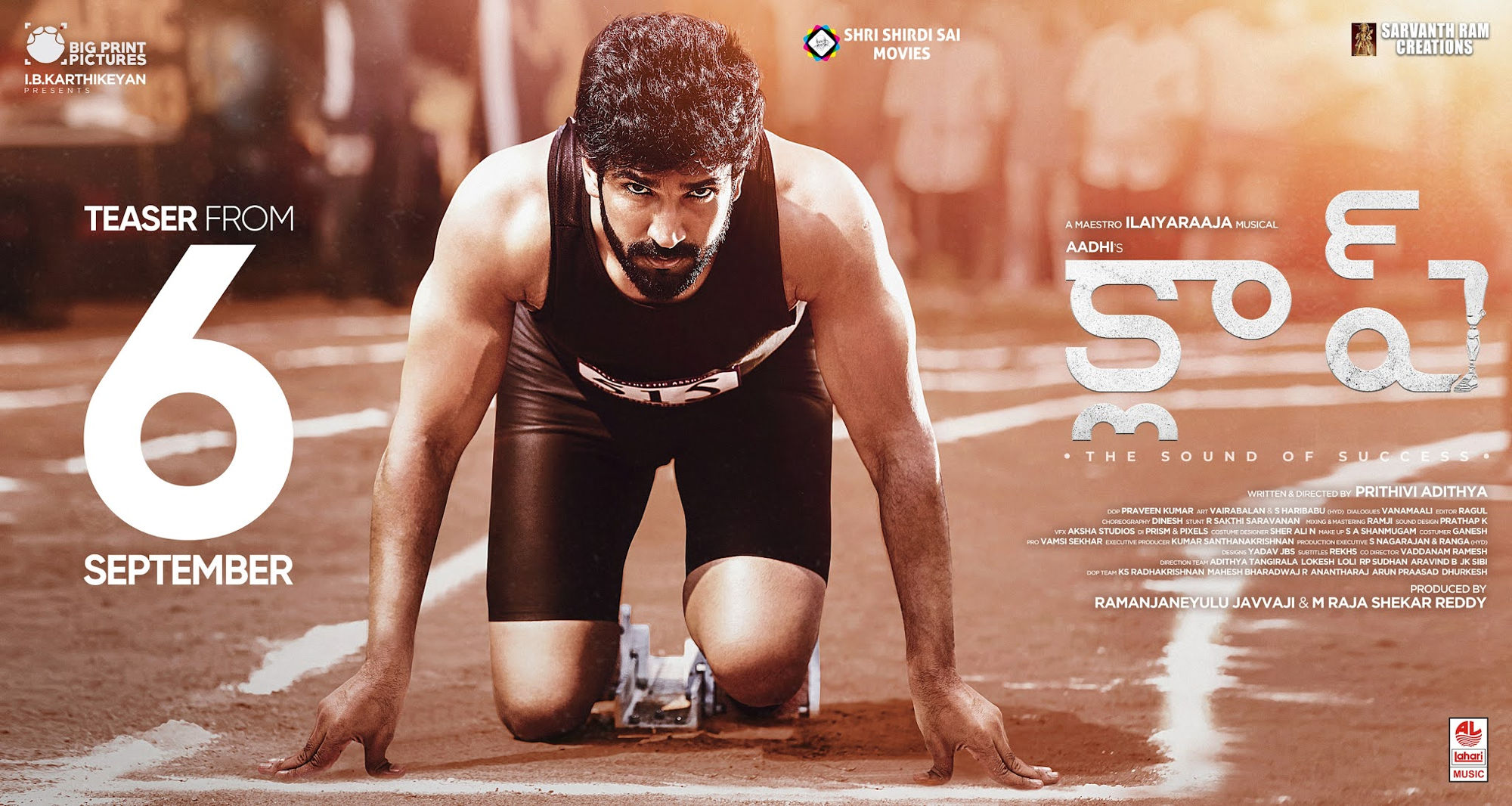 The film’s teaser will be out on September 6th and the poster sees Aadhi Pinishetty gearing up for a sprit on big competition. Aadhi looks apt as a sprinter here. As the Olympics just got over India has performed well, it’s a right time for the release of the film’s teaser.

Aadhi was on a rigorous training program to turn into a sprinter. The Tamil-Telugu bilingual has music by maestro Ilaiyaraaja, while Praveen Kumar handles cinematography. Akansha Singh is the leading lady, while Krisha Kurup, Prakash Raj, Nasser, Brahmaji, Mime Gopi and Munishkanth will be seen in curial parts.

Clap has already completed its shooting and the film is getting ready for release.