“NATYAM means to tell a story through dance in a beautiful way” is a well written concept Telugu Feature Film coming soon to theatres across Andhra Pradesh and Telangana.

Well known Kuchipudi Dancer Sandhya Raju debuts as a Telugu actress, producer, movie choreographer, production designer and costume designer through Natyam and has delivered a mesmerizing performance through her acting, expressions and Dance.

Balakrishna said, “I wish all the very best to Nishrinkala Films producer Sandhya Raju, director Revanth Korukonda and my brother Kamal Kamaraju. I feel glad that, ‘Namah Shivaya’ song was shot in the premises of the ancient Lepakshi Temple in Hindupur constituency represented by me. India is a land of arts. Many ace artists of different art forms have made India a great country. Revanth Korukonda, besides writing and directing the film, has also handled camera and editing departments. It looks he has handled the additional responsibilities so ably. The song alone shows how beautiful the film is going to be. With all the positive vibes, the film is definitely going to be a big hit. Coincidentally, I played an Aghora in my film Akhanda. My best wishes to the project Natyam and my blessings to the entire team.” 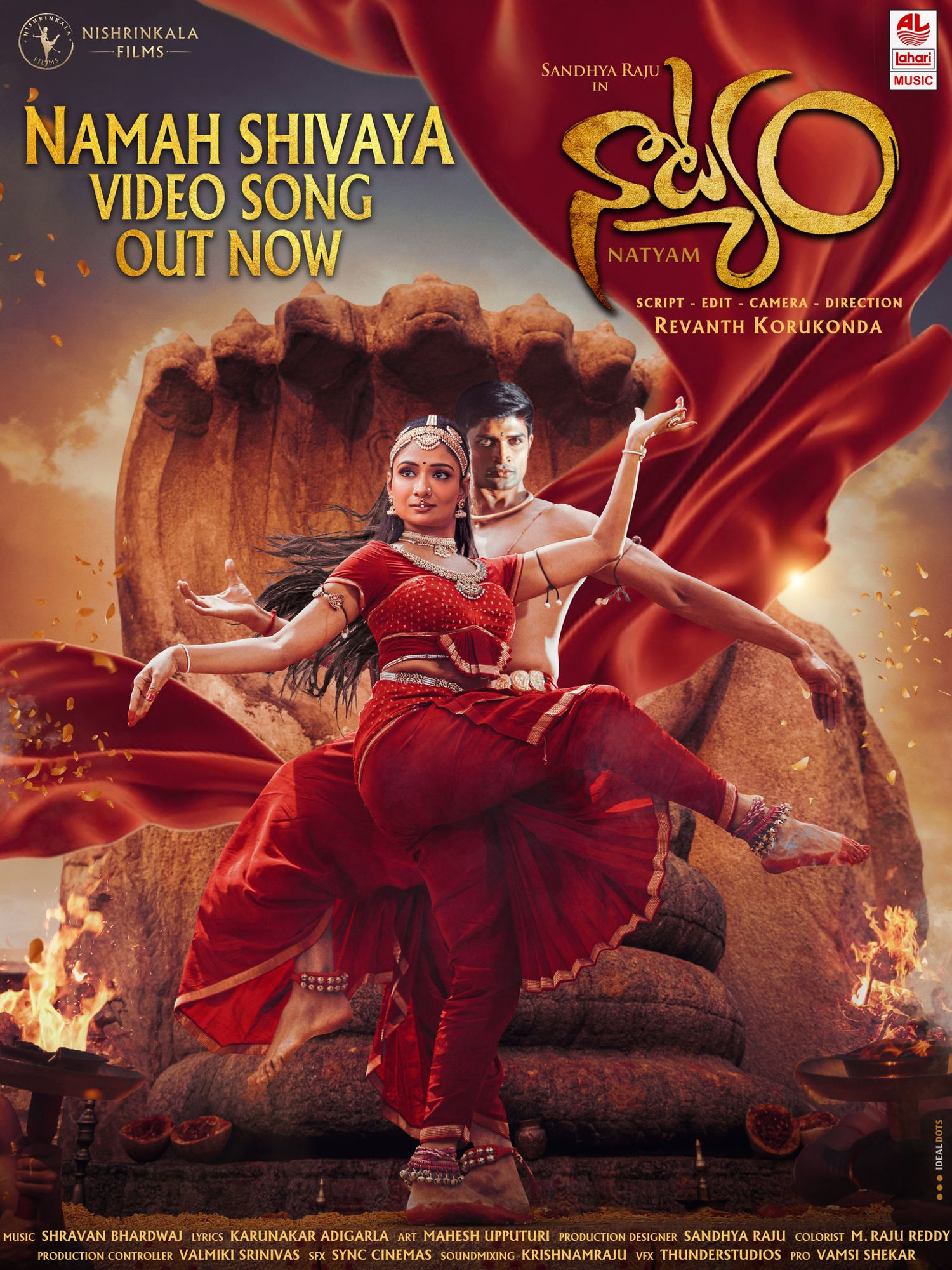 Sandhya Raju has already proven herself as one of the most beautiful and talented classical dancers of this generation. With this Namah Shivayah Song she has outdone herself as a dancer and will win many more hearts among the Telugu people in the world.

Revanth Korukonda is the young talented director who also did cinematography, editing for this movie and his ability to handle both the departments is clearly evident in the beautiful and authentic video song.

Kamal Kamaraj worked very hard for one year to transform himself for his role in Natyam. He plays a successful classical Dancer. To get ready for the role he learned Kuchipudi for a year with Sandhya Raju.

The song took 6 days to shoot with hundreds of juniors in Lepakshi Temple. It was over 40 degrees and very hot. The dancer’s feet were burning while dancing. It was one of the hardest shoots the entire team faced.

The lyrics are ancient powerful lyrics of the Ardhanareeswara stotram by Jagadguru Aadhi Shankaracharya.

The beautiful music which is a blend of classical, ethnic folk and spiritual is created by the talented Shravan Baradwaj. Kala Bhairava and Lalitha Kavya crooned this powerful and mesmerising song shot and choreographed like a procession around the temple. It is wonderful to see such a divine and grand song from a debut director and debut production house.

The song is now out on Laahari YouTube channel. Telugu cinema lovers should not miss this gem of a song!

The movie is a visual beauty which was made in the beautiful architect temples of Hampi, Lepakshi, Bangalore and Hyderabad of the south India.