Naga Shaurya’s landmark 20th film ‘LAKSHYA’ has wrapped up its entire shooting part. The working still shows director Dheerendra Santhossh Jagarlapudi explaining the scene to Naga Shaurya who in another picture can be seen watching the monitor along with his heroine Ketika Sharma. There is contentment in the faces of the hero and director which tells the kind of rapport both shared while shooting for the film. 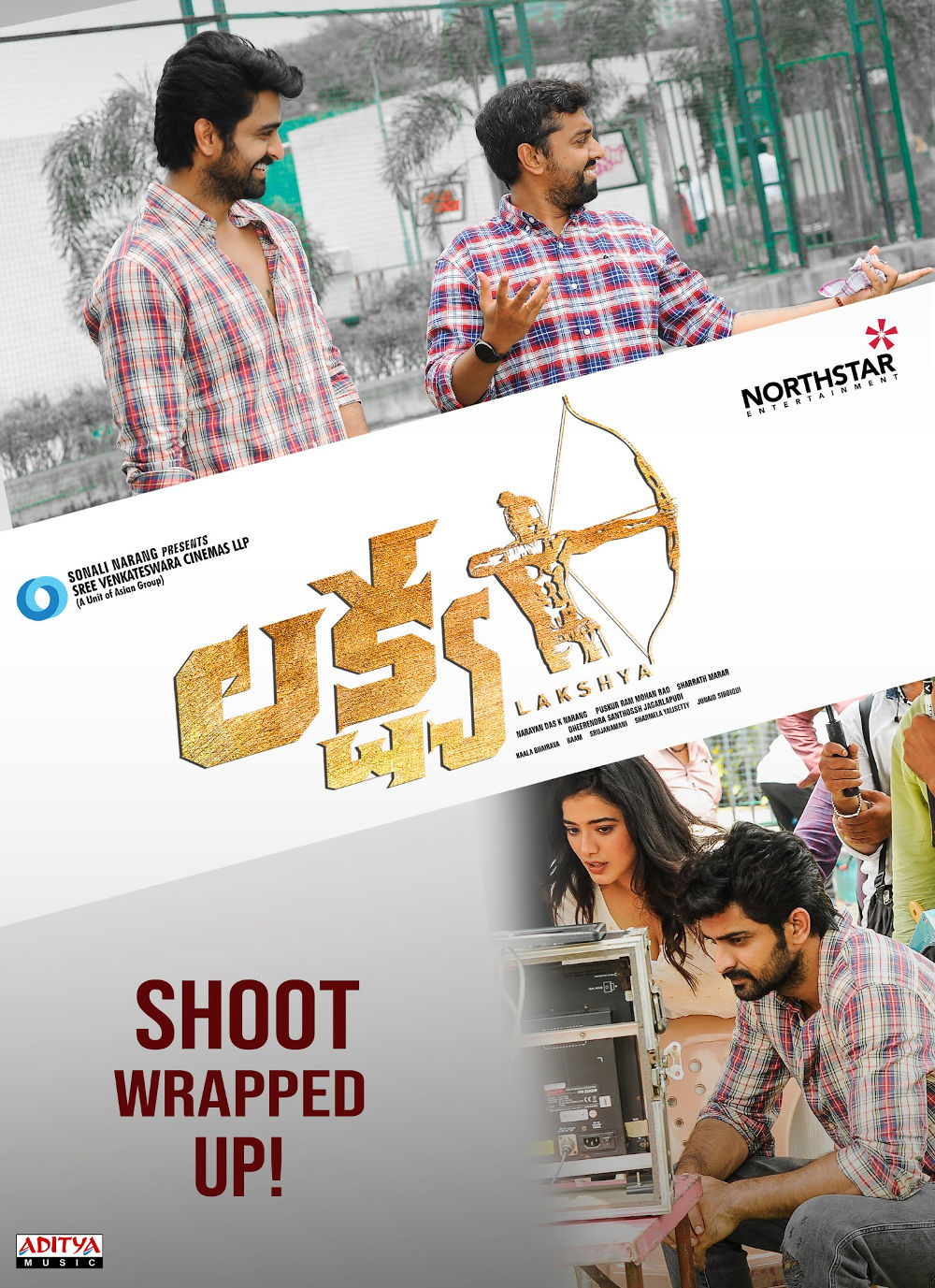 Lakshya is India’s first movie based on ancient sport archery and it will be narrated in engaging manner with adequate entertaining and exciting elements. Sports two different looks, Naga Shaurya underwent a remarkable transformation for the role.

Director Santhossh Jagarlapudi came up with first of its kind story and Naga Shaurya underwent training to understand the nuances of the sport. Now, the team shifted their focus to post-production works which are currently underway.

Ketika Sharma is playing as heroine in this film while versatile actor Jagapathi Babu will be seen in a crucial role.