Rizwan Entertainment’s heroine centric film Sundari is gearing up for grand release in theatres. The film starring the gorgeous Poorna will be hitting the screens on August 13th. 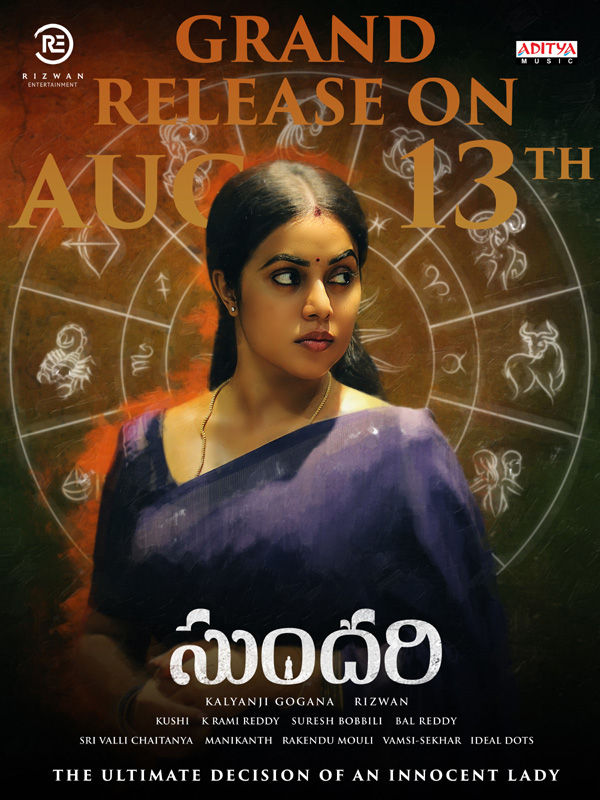 Poorna looks intense in the announcement poster where we can see Navagraha Kundali in the background.

This is second film for directorKalyanji Gogana who previously made the critically acclaimed film Natakam.

Billed to be a family drama, the film produced by Rizwan comes up with the tagline- ‘The ultimate decision of an innocent lady’.

The film’s promotional content has impressed one and all.