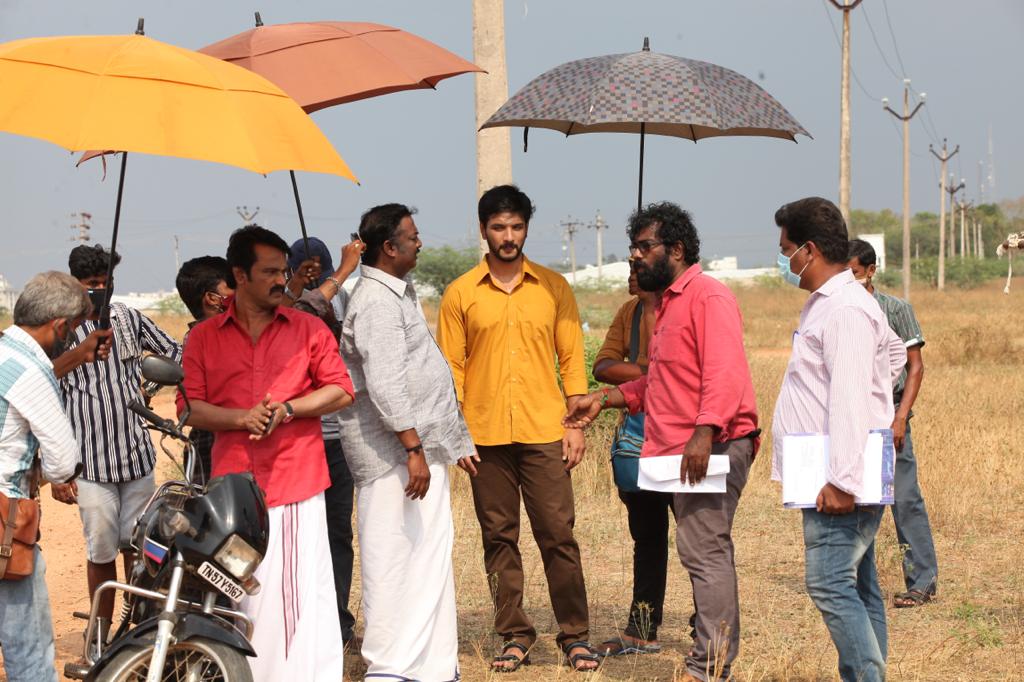 The shooting of Anandham Vilayadum Veedu starring Gautham Karthik and Cheran in principal roles is in full swing and the team has successfully kick-started the second schedule in Dindugal.

Producer P. Ranganathan, Sri Vaari Film, says, “I am so happy with the way, Anandham Vilayadum Veedu is shaping up. Director Nanda Periyasamy is doing a fabulous job by exactly materializing the movie as he narrated. In particular, the episodes involving Gautham Karthik and Cheran sir are so nice to see. We have now successfully started the second leg shooting in Dindugal. With ‘Family Entertainer’ as the film’s genre, it’s great and delight to see that the ensemble star-cast have been treating each other on the sets as their own family. It’s not just me, but the people of Dindugal, who are spectators of the shoot, feel the same. This instills in me more happiness and confidence that the audience will celebrate AVV in theatres. We as a team will be endowing the audience with a beautiful family entertainer laced with fun, sentiments, emotions, action, and music in cinema halls without fail once the pandemic issues are over.”