To encourage new talent and concepts, Natural star Nani has ventured into production with Wall Poster Cinema banner. Along with Prashanti Tipirneni, their first production was ‘AWE’ and it won critical reception. The second outing ‘HIT’ was a thriller and it enthralled the audiences. Now a second installment to ‘HIT’ is getting ready. On Saturday ‘HIT 2’ was formally launched. The title carries the tagline ‘The Second Case’ and will be directed by Dr. Sailesh Kolanu.

Nani clapped the sound board for the first scene shot on Adivi Sesh and then handed over the script to director Sailesh. Produceer Prashanti switched on the camera.

With ‘Kshanam’ ‘Goodachari’ and ‘Evaru’ Adivi Sesh earned a special recognition and his next is a pan India film titled ‘Major’ which is based on a real hero. Yet again Sesh has opted for a different subject in the form of ‘HIT 2’ and the regular shooting of the film will commence soon.

HIT is defined as Homicide Investigation Team and Sesh is playing the role of Krishna Dev. He will be investigating a mystery that takes place in Andhra Pradesh. S Manikandan will handle the cinematography for this film John Steward Eduri will compose music. 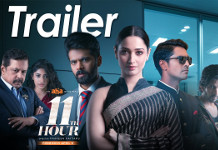 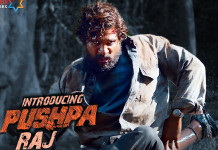