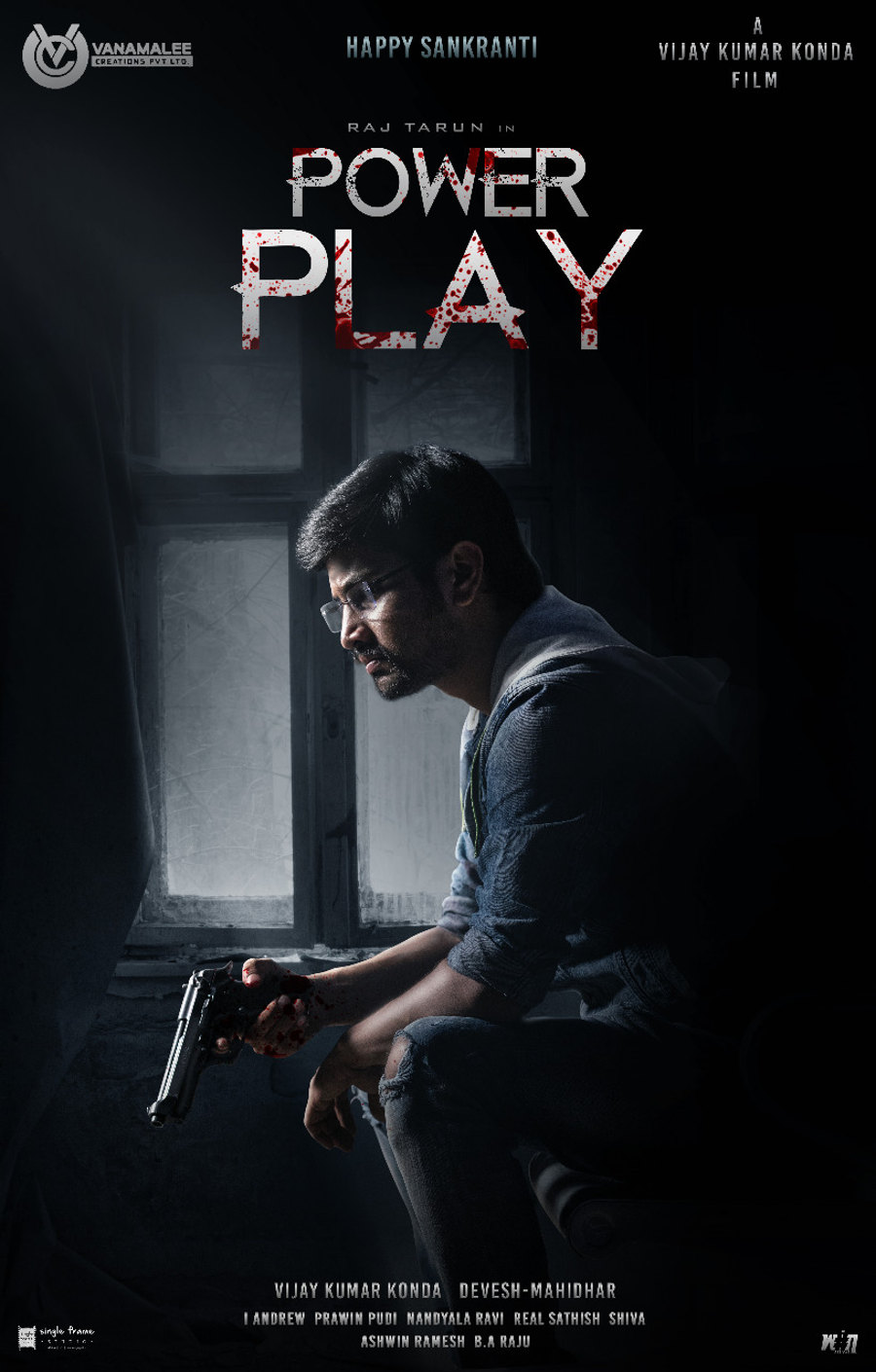 Young Hero Raj Tarun’s latest film in Konda Vijay Kumar‘s direction is ‘Power Play’. This film is Presented by Smt Padma Produced by Mahidhar, Devesh under Vanamalee Creations Pvt Ltd as their Production No – 1. On the occasion of Makar Sankranthi festival, The First Look and Motion Poster of the film is released by Versatile Hero Rana Daggubati and wished the team.

Director Vijay Kumar Konda said, ” Thanks to Rana Garu for releasing the First Look & Motion Poster of our film ‘Power Play’. Raj Tarun sports very different look in the poster. Likewise, the film too will be in a very different manner. ‘Power Play’ is being made as a different Thriller which is a very new genre for me and Raj Tarun.”

Young Hero Raj Tarun said, ” I did a very good entertainer like ‘Orey Bujjiga’ with Vijay Kumar Garu. It became very good Hit. Now we are doing a different Thriller in a new genre. This is a new kind of experience for me. This will be a very different experience for the audience too.”

Producers Mahidhar, Devesh said, ” This film in the combination of Raj Tarun and Konda Vijay Kumar carries very good expectations after a SuperHit like ‘Orey Bujjiga’. Vijay Kumar Garu has made this film superbly matching everyone’s expectations. This will become a trend setter in thriller genre.”

Executive Producer Palaparthi Ananth Sai said, ” Shoot has been completed. Post production works are going on. This film will surely Thrill all sections of audience with its arresting narration.”