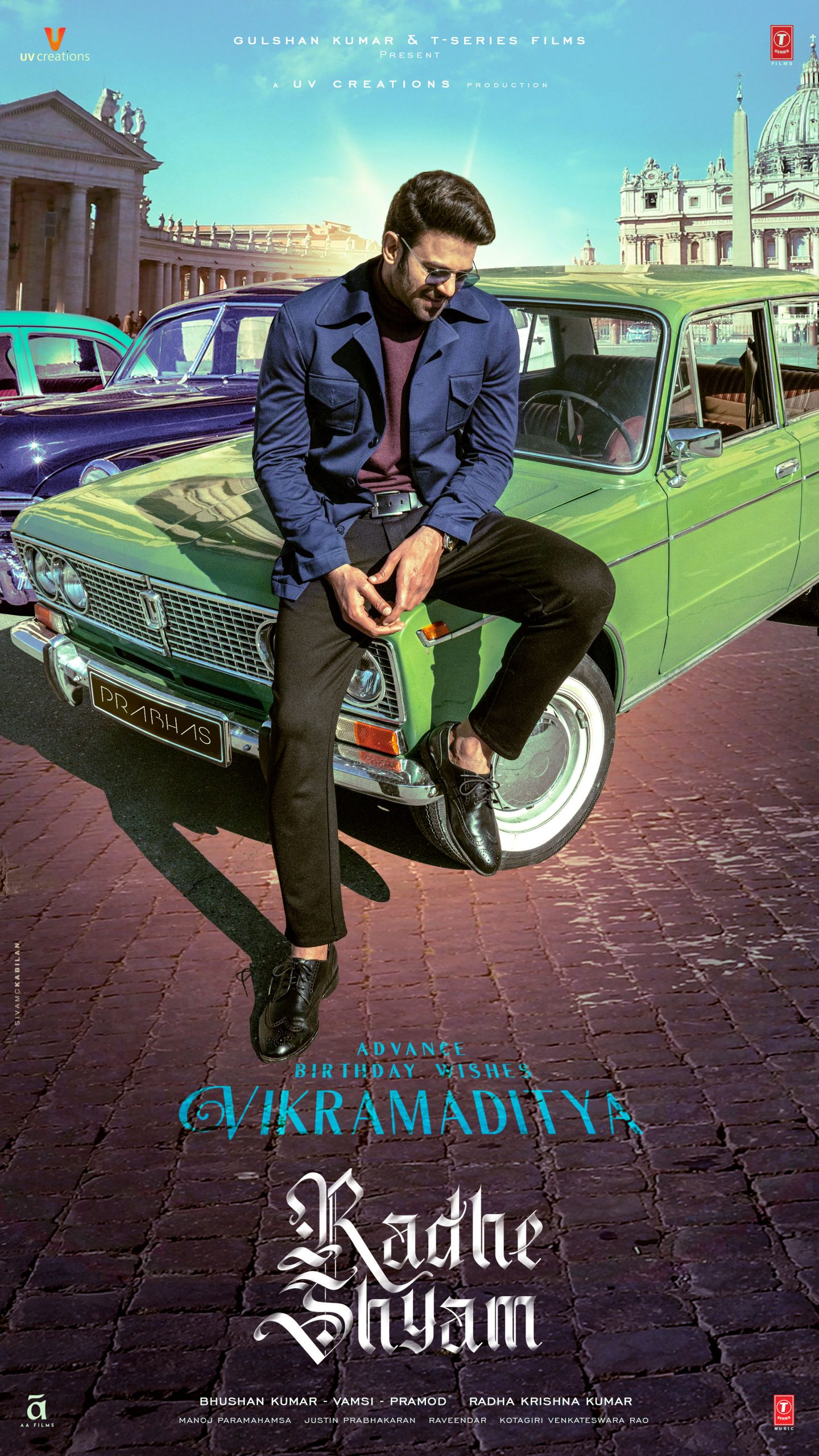 Pan-India star Prabhas is all set to ring in his birthday on October 23rd. To bring in a huge smile and cheers to his fans as an advanced birthday treat, the makers of ‘Radhe Shyam’, UV Creations, unveiled the character poster of Prabhas. The star will be portraying the character of ‘Vikramaditya’ and going by the glimpse of it, the poster has set the right tone for the film.

The makers shared Prabhas’ look and poster, “CAPTION AND LINK.” With the fans making the clock tick ahead of their idol’s big day, this poster is surely the biggest gift from the makers to Prabhas and his die-hard fans.

Earlier to mark actress Pooja Hegde’s birthday, the makers had revealed her first look from the movie on October 13th.

‘Radheshyam’ will be a multi-lingual film and is helmed by Radha Krishna Kumar, and is produced by UV Creations. The film is being produced by Vamsi and Pramod.

Meanwhile, the team is currently shooting in the picturesque mountains of Torino, Italy. Torino is situated in Northern Italy with the beautiful Alps in plain sight from the city, it is also known for some iconic landmarks. These locations will not only make Radhe Shyam a visual treat but also will elevate the content graph. Touted to be a magnum opus, ‘Radhe Shyam’ is a romantic entertainer set in Europe. The film will also feature Sachin Khedekar, Bhagyashree, Priyadarshi, Murali Sharma, Sasha Chettri, and Kunaal Roy Kapur among others, and will be released in Hindi, Telugu, Tamil, Malayalam, and Kannada languages.

Directed by Radha Krishna Kumar, the film is a multi-lingual romantic period-drama that is expected to release in 2021.