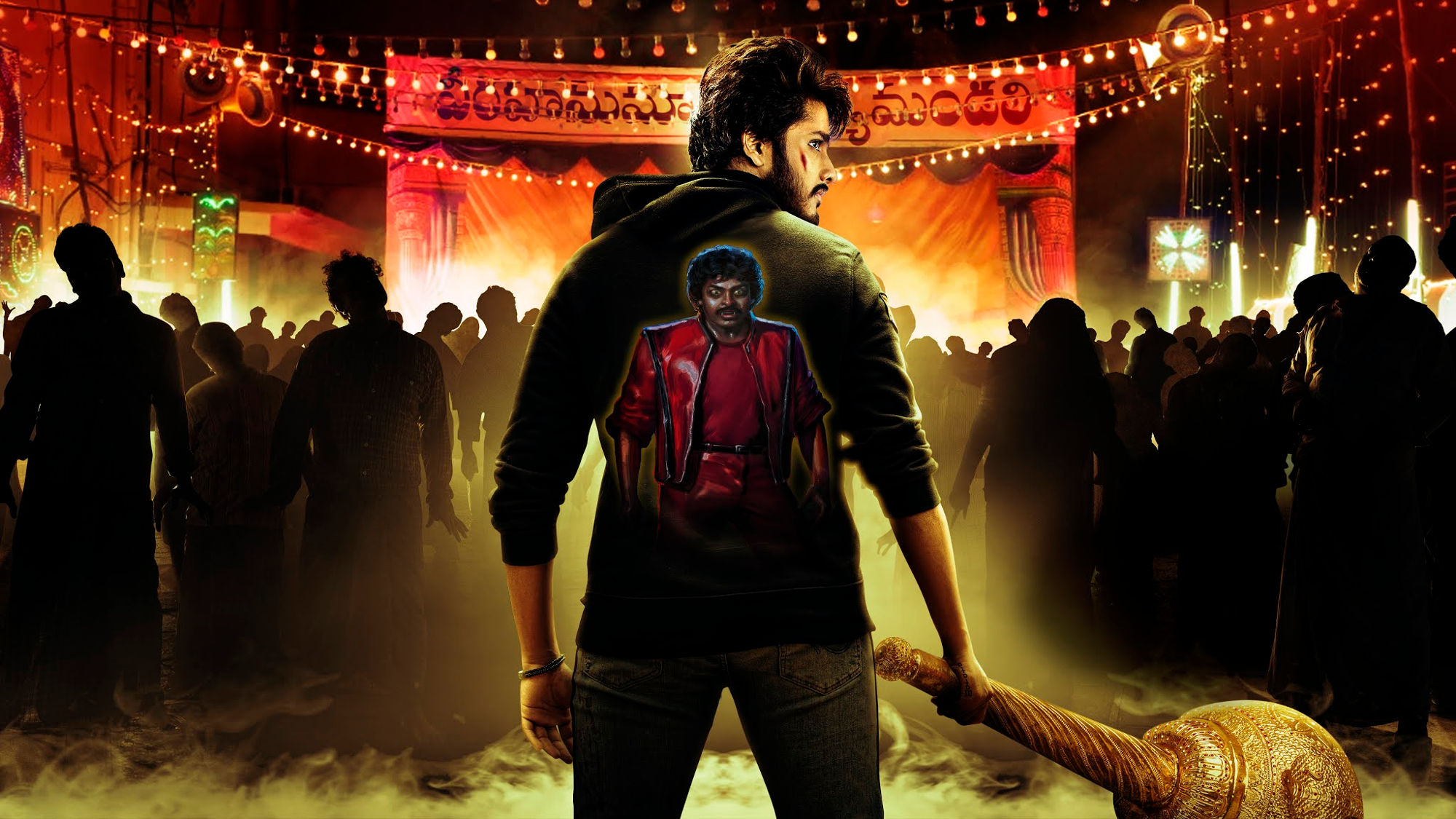 Putting an end to all the suspense over the actor playing lead role in director Prashanth Varma’s third film Zombie Reddy, first look poster and motion poster of the film has been unveiled.

Teja Sajja who enthralled as Jr Chiranjeevi in Indra and was last seen in a vital role in Samantha starrer Oh Baby is playing the lead role in his heroic debut film Zombie Reddy.

The first look poster sees Teja holding a mace while Zombies are about to attack him. Coming to motion poster, Teja is introduced in style with megastar Chiranjeevi’s image on back of his shirt and he looks macho.

Kashmora Kougiliste song from Chiru’s super hit film Donga is used as BGM for the motion poster. The first look poster and the motion poster released on the occasion of Teja’s birthday are impressive.

Director Prashanth Varma is coming up with yet another high-concept film introducing Zombie concept to Tollywood.
Zombie Reddy indeed is the first film made on corona.