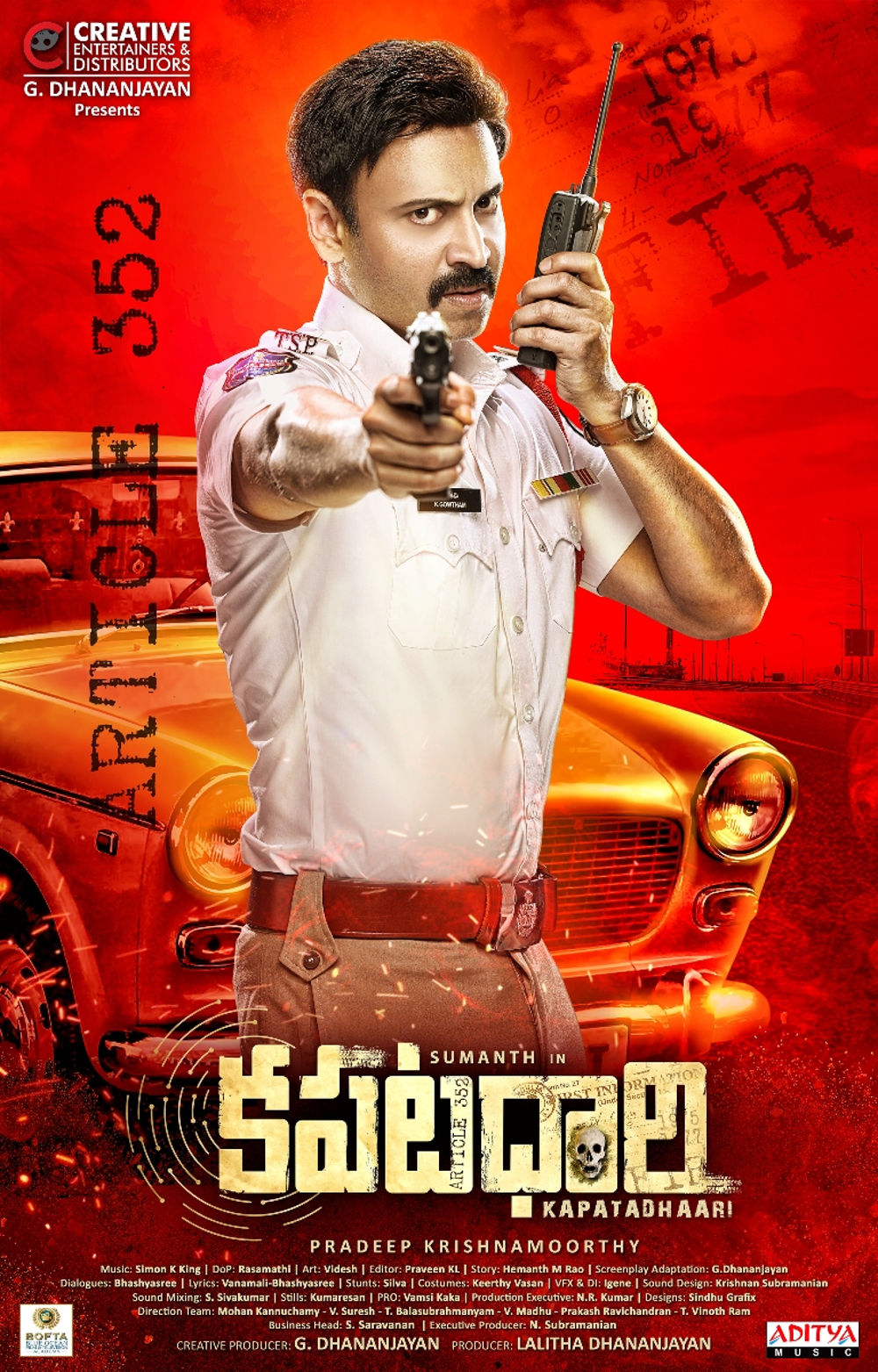 Sumanth has been delivering hit films at the box-office, with ‘Malli Raava’, ‘Subrahmanyapuram’ and ‘Idam Jagath’ to his credit. ‘Kapatadhari’, a suspense thriller, is his next film. Produced by Lalitha Dhananjayan and presented by G Dhananjayan of Creative Entertainers And Distributors, the film is coming from Pradeep Krishnamoorthy, the director of successful films like ‘Killer’. The First Look and Motion Poster of the film was on Monday unveiled by Yuva Samrat Akkineni Naga Chaitanya, who wished the entire team all the best.

Sumanth’s look is quite intense in the first look. The actor is seen in the get-up of a traffic police officer. We see a poster on which ‘Article 352’ is written, which definitely raises curiosity. 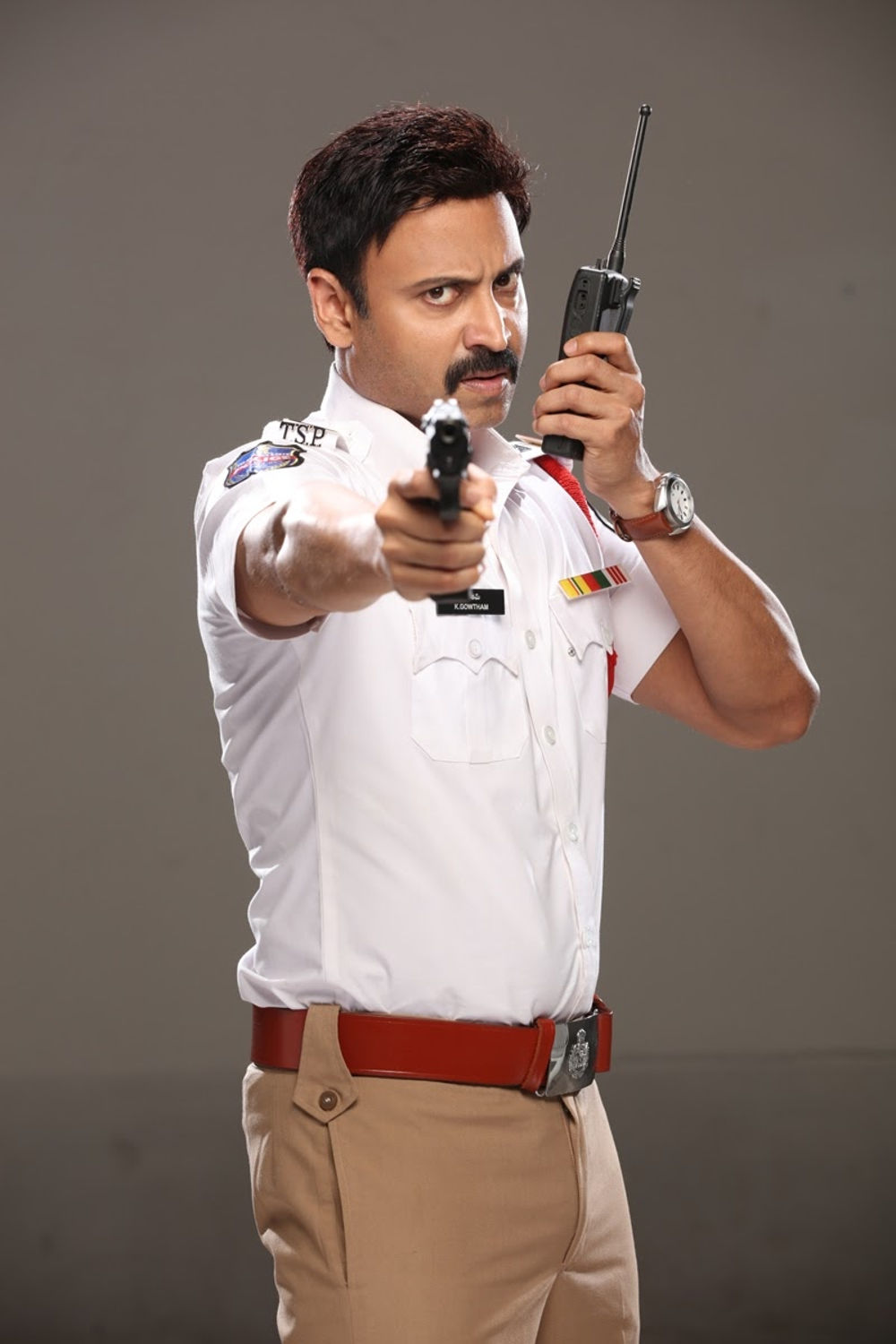 The production works of ‘Kapatadhari’ are over. The producers have said that post-production works are going on.
Sumanth, Nasser, Nandita Swetha, Jayaprakash, Vennela Kishore, Suman Ranganath and Sampath are acting in the thriller.

‘Kapatadhaari’ to present a new Sumanth