Good luck Sakhi is a woman-centric film where Keerthy Suresh is playing the title role. The film’s teaser has been unveiled today on the occasion of Independence Day by none other than Young Rebel Star Prabhas.

It’s a cool and pleasant looking teaser with unlimited fun. It has covered everything that caters to various sections of audience, especially for the family audience. It has some hilarious moments, a good looking lead pair, wonderful music and also a tinge of drama.

The entire village calls Keerthy Suresh bad luck Sakhi with an apparent reason. But, nothing bothers her. Aadhi played a hilarious role for the first time and he is equally good.

Devi Sri Prasad’s music is imposing, while Chirantan Das’s cinematography is neat and editing is sharp. Production values are high in standard.

The teaser raises expectations on the film boasts proudly of a female dominated crew lead by one of the producers Shravya Varma.

Directed by Nagesh Kukunoor, Good Luck Sakhi is a multi-lingual film being made simultaneously in Telugu, Tamil and Malayalam languages.

Popular producer Dil Raju is presenting the film while Sudheer Chandra Padiri is producing it in association with Shravya Varma on Worth A Shot Motion Arts banner. 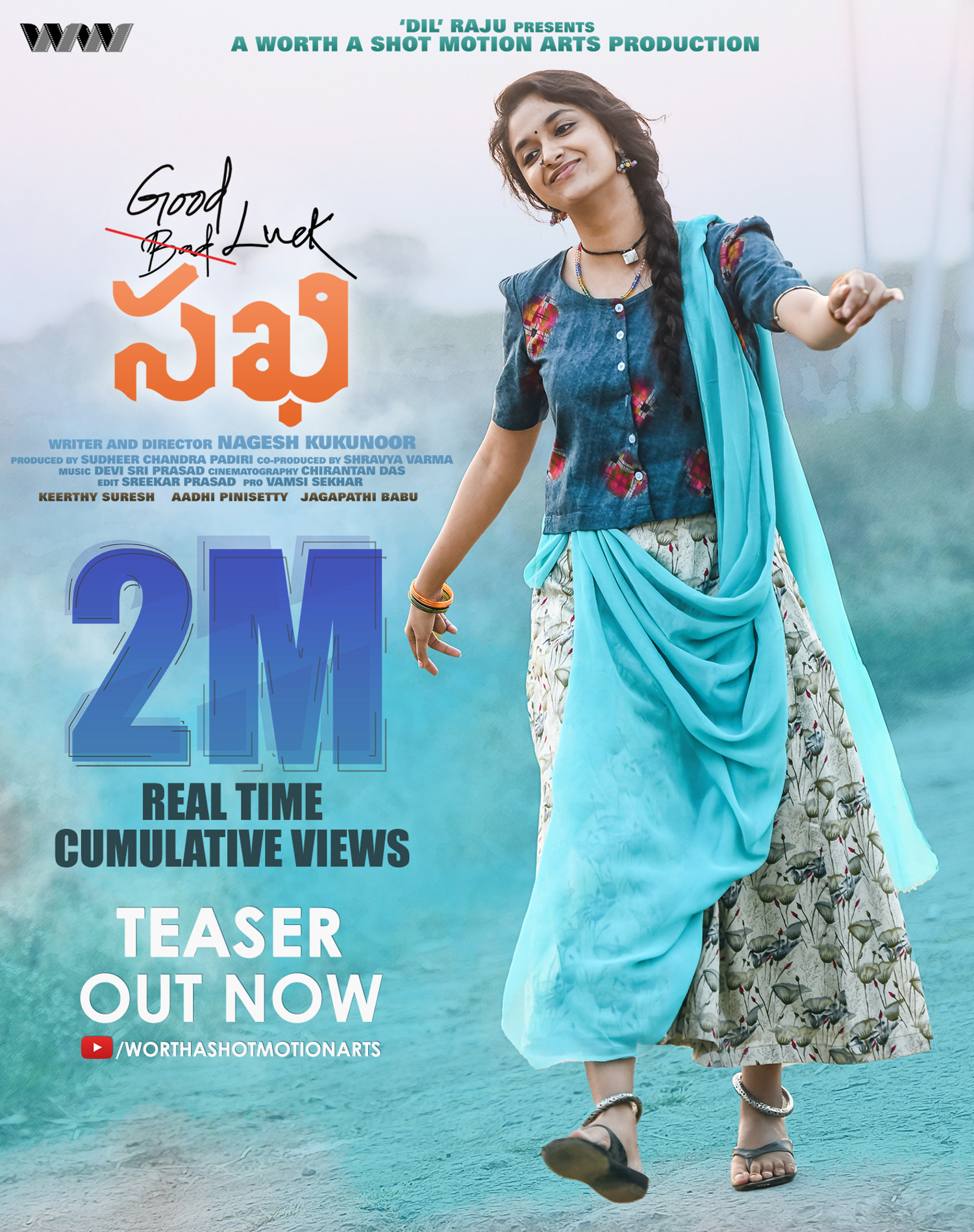