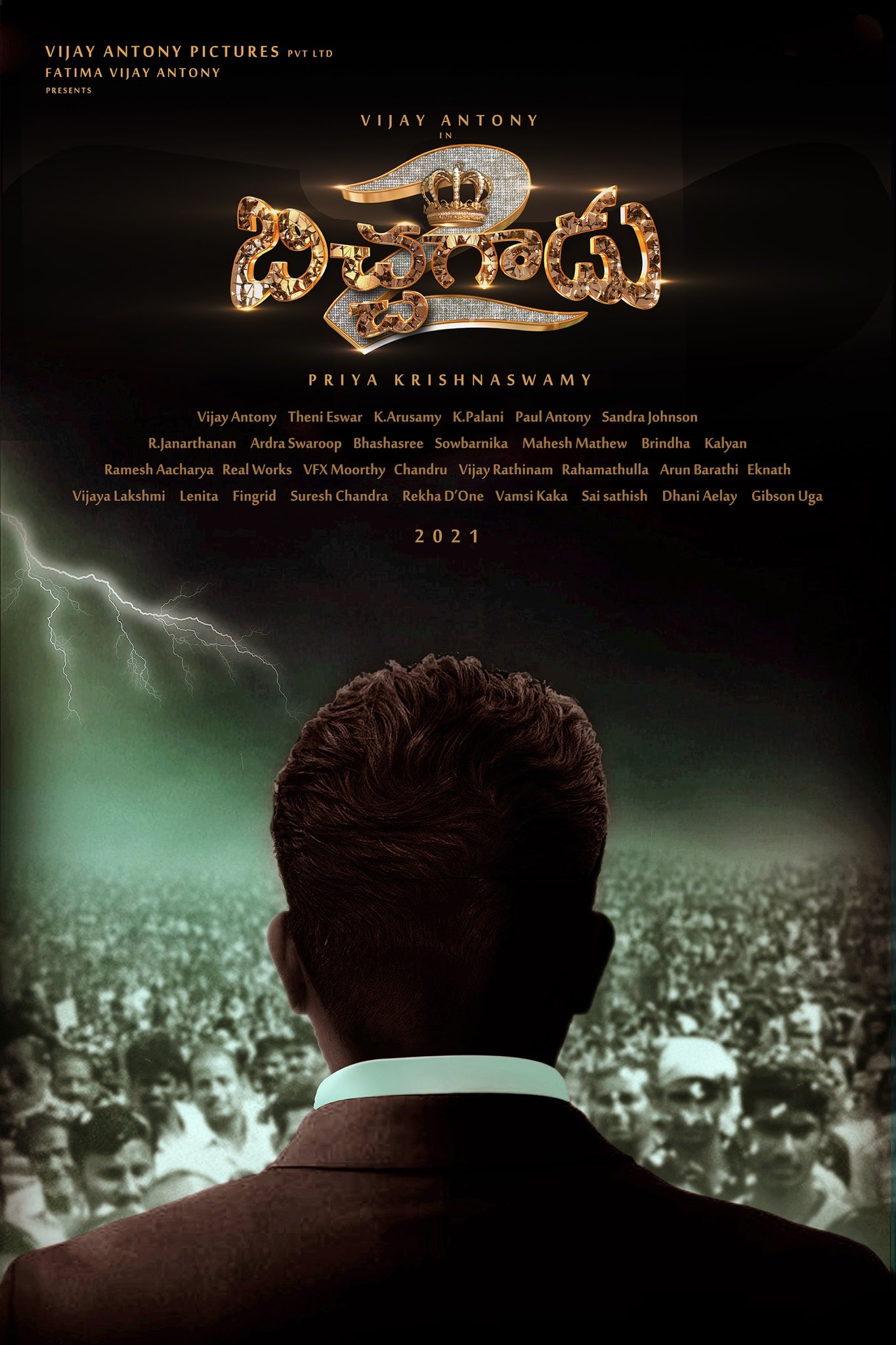 By scoring a big hit with ‘Bitchagadu’ not just in Tamil but also in Telugu, Vijay Antony found a place in the hearts of the audience. The 2016 film was a sensational blockbuster at the box-office. It’s known that the film’s sequel has been announced in the direction of National Award winner Priya Krishnaswamy. It’s the birthday today (July 24) of the acclaimed actor and music director. Marking the special occasion, the First Look and Title Logo of ‘Bitchagadu 2’ were unveiled in Telugu and Tamil. The look has generated a positive response from all quarters. More details about the project will be announced soon.

After delivering a number of hits as a music director over the years, Vijay Antony has been dishing out content-driven movies in Telugu and Tamil by turning into a producer. With films like ‘Nakili’ and ‘Dr. Saleem’, he has impressed the Telugu audience big-time. Noted films like ‘Bethaludu’, ‘Yamudu’, ‘Indra Sena’, ‘Roshagaadu’ and ‘Killer’ have come from him in recent years. Vijay Antony is now all set to deliver a sensational hit with ‘Bitchagadu 2’ by teaming up with the National Award