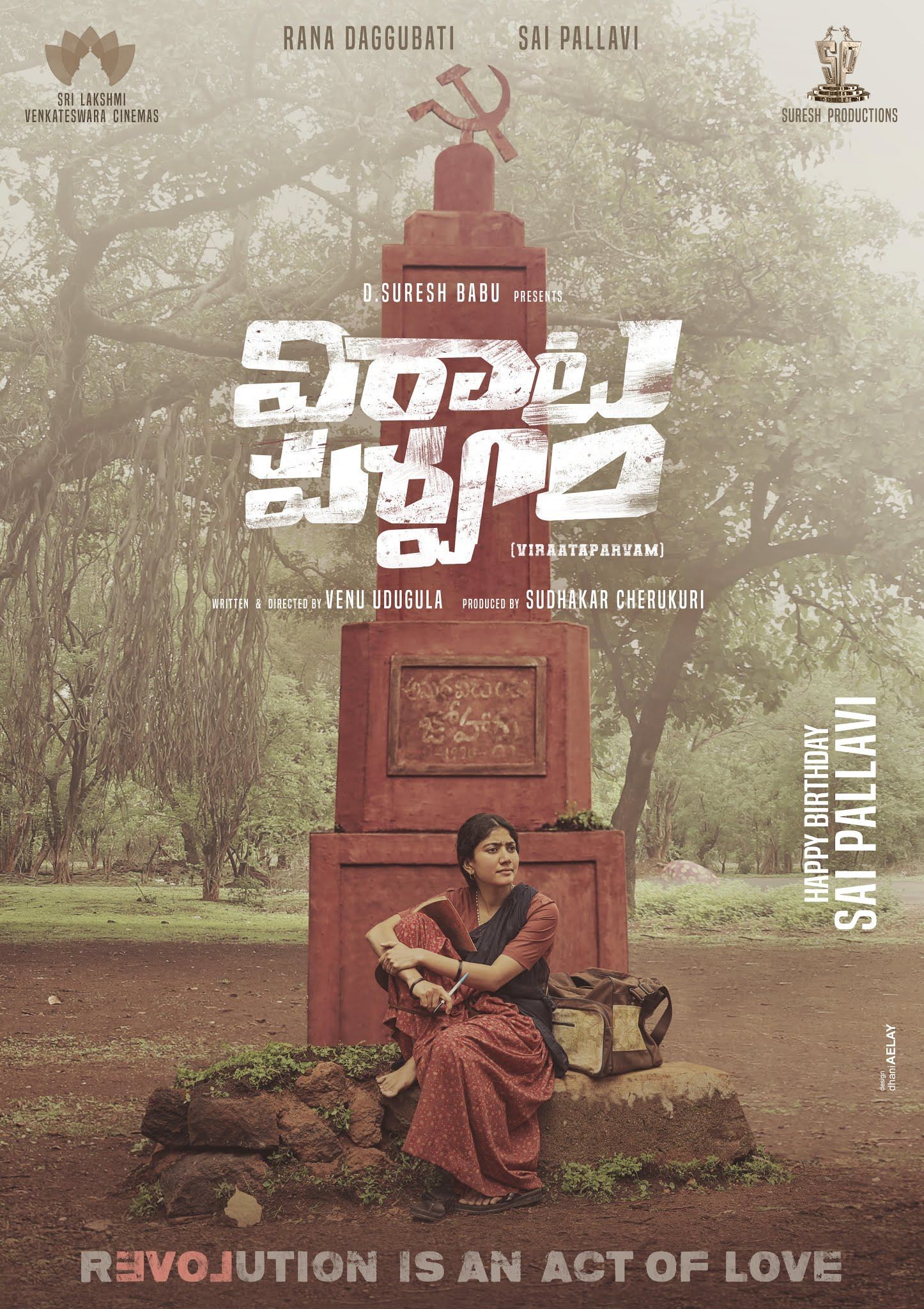 The kind of films and roles she did tells the kind of actor she is. With a refreshing screen-presence and dazzling performance in previous films, the ravishing belle stole the hearts of many. Yes, the actress we are talking about is none other than Sai Pallavi who turns a year older today.

On the special occasion, first look poster of Sai Pallavi from her ongoing film Virataparvam is released. Of course, it is not a regular first look poster. Sai Pallavi here is seen waiting for somebody at Martyrs Memorial (Amaraveerula Sthoopam) and in the meantime she is apparently is noting down her thoughts in a memoir. The dressing is simple like any other ordinary girl. But, what grabs everyone’s attention is the pain she’s undergoing in the process of waiting for the one she loves the most.

Virataparvam is a unique and content driven film where Rana Daggubati will be seen in the lead role. The film will show the lead pair in never seen before roles. If not lockdown was imposed, the film would have been ready for release now. Except for last and small shooting schedule, entire filming is completed. 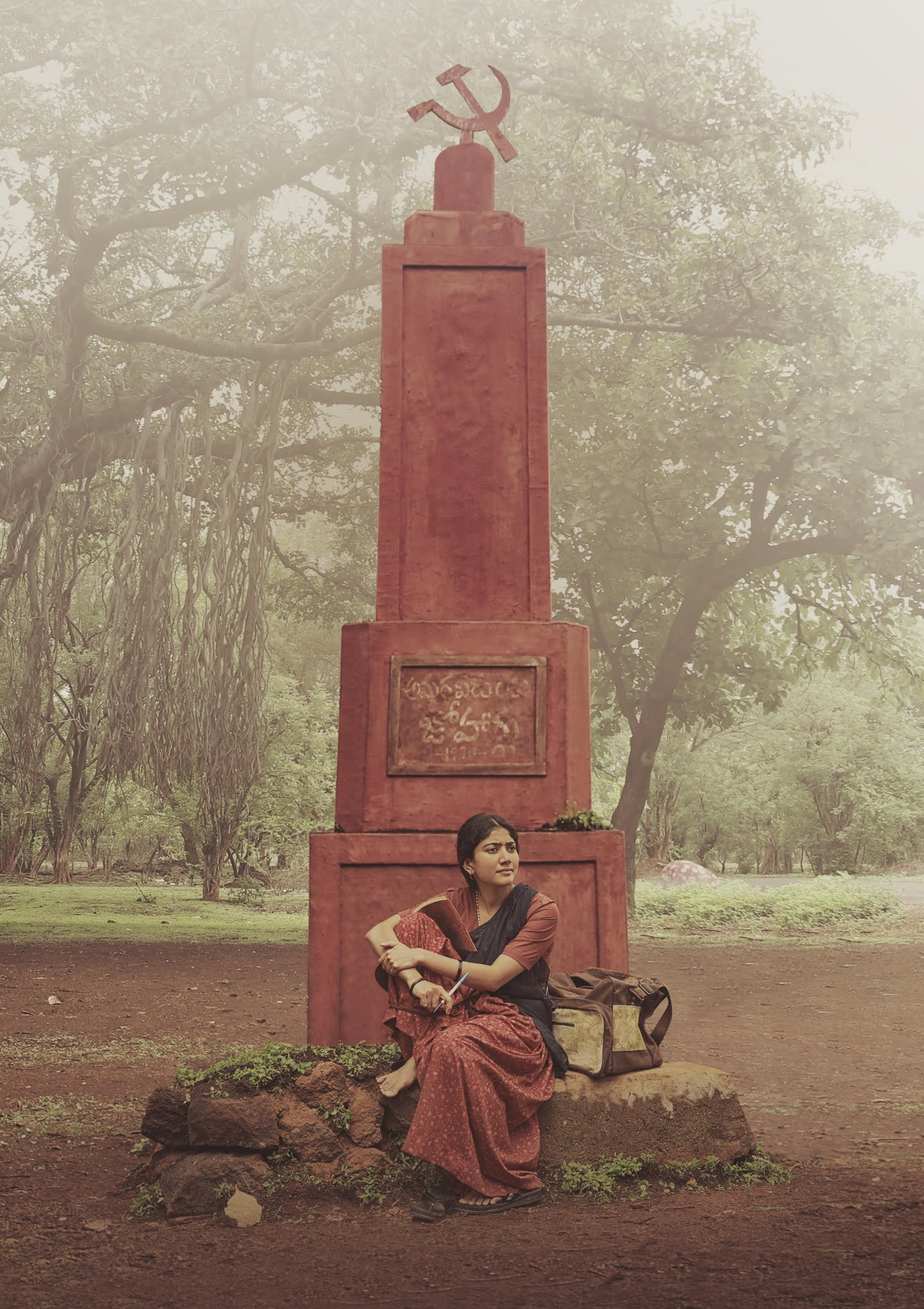