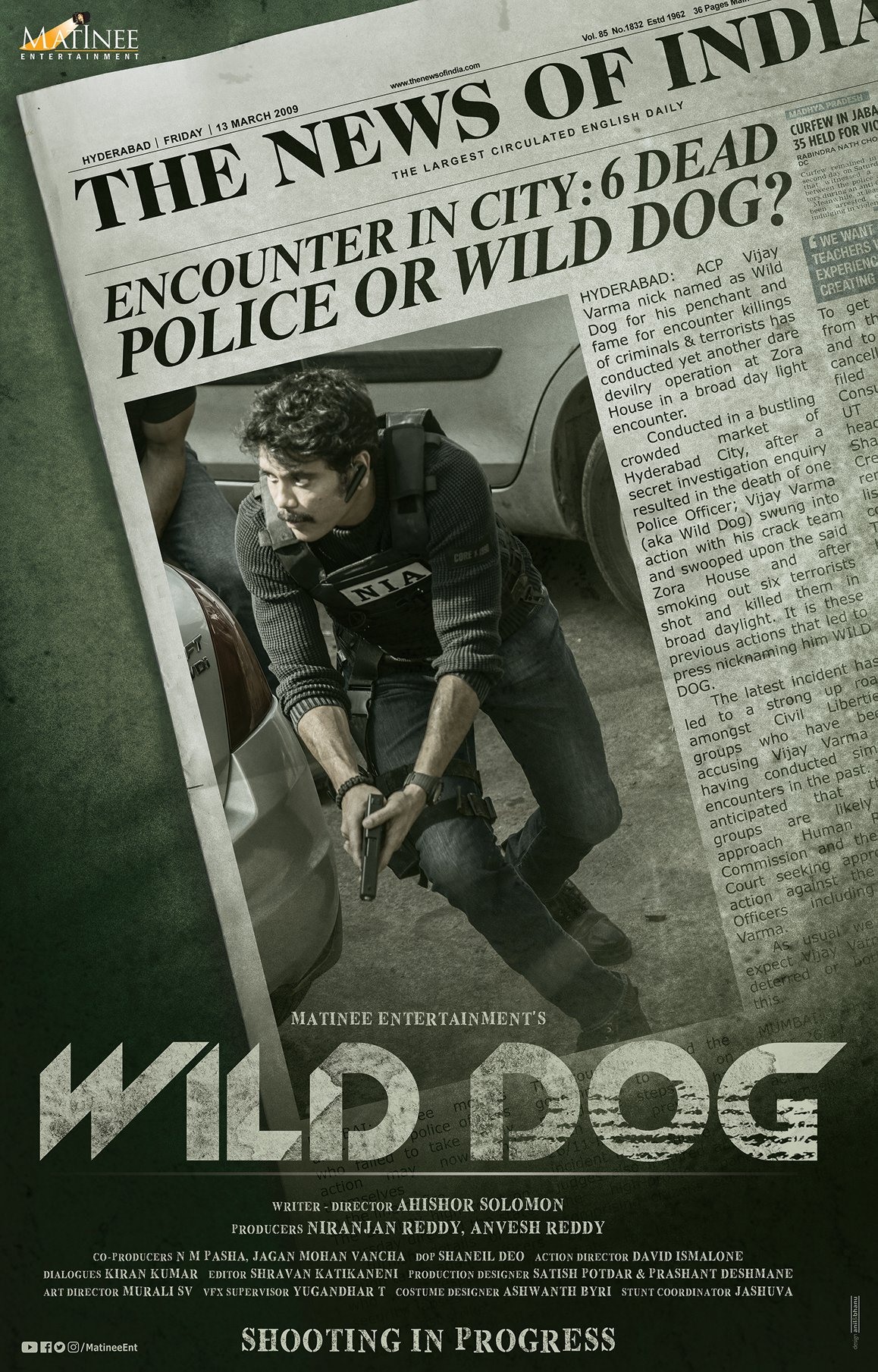 The team has come up with an interesting first look poster which is very different and is immediately reminiscent of the recent Disha encounter. Nagarjuna’s character is interestingly revealed as a NIA officer through a newspaper report forming the main theme of the poster.

The piece of writing in a national daily gives an insight into what the film is all about. ACP Vijay Varma is given the name of Wild Dog, for his character streak of dealing with criminals severely.

Reported to be based on true incidents, the film sees Nagarjuna essaying a different character. His look is imposing and so is the poster design. 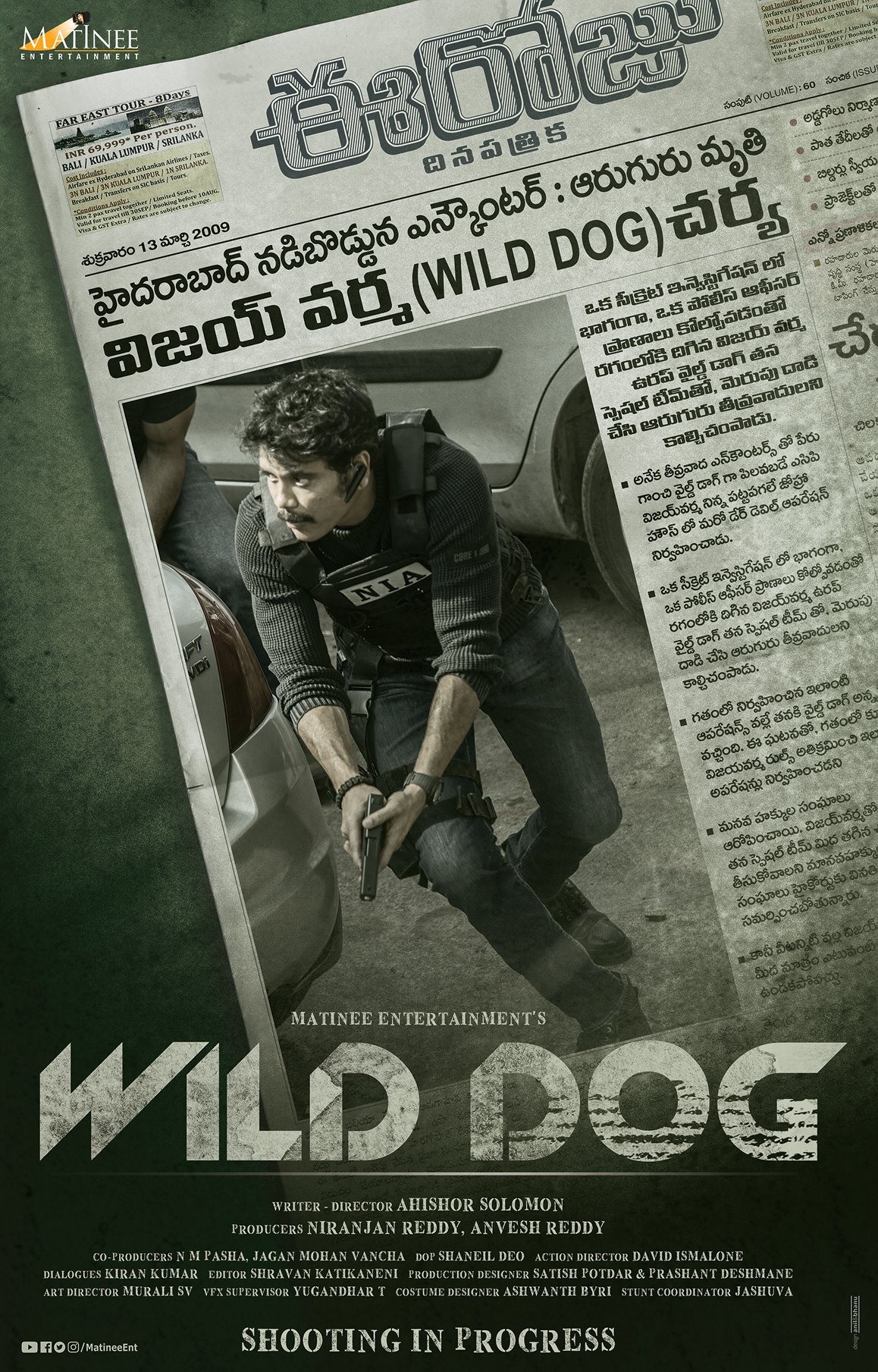 CM KCR announced Film City would be Outskirts of Hyderabad