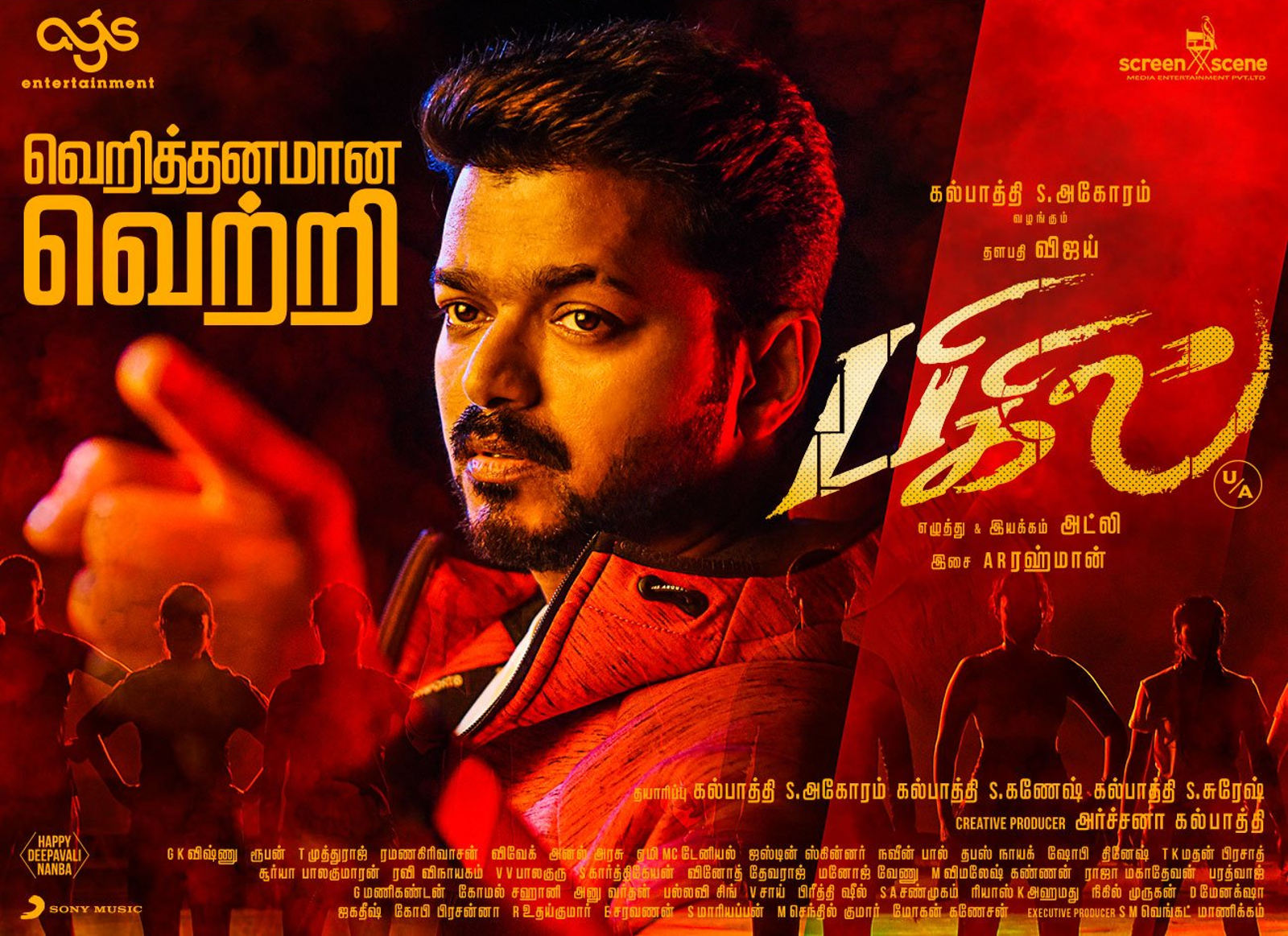 Bigil is a talented footballer whose father Royappan is a gangster in Chennai. Royappan, who stood against the evil gangs , wants his son to stick only to sports. His dream is to see Bigil plays in national team and brings laurels to the crime ridden local community. Whether Bigil is able to fulfill his dad’s dreams or not is rest of the plot.

Pariyerum Perumal-fame Kathir played as a football coach. Usually, coaches build the team, and push players to succeed. In Bigil, Michael ‘motivates’ his team by insulting them.

Nayanathara as Angel got significant role which stands by Bigil throughout.

The important football scenes that happen in the stadium are poorly choreographed. Suddenly we feel about we are watching the real film or football video-game.

Makers has to consider trimming the unwanted romantic, action sequences and had given more importance to the sports drama.