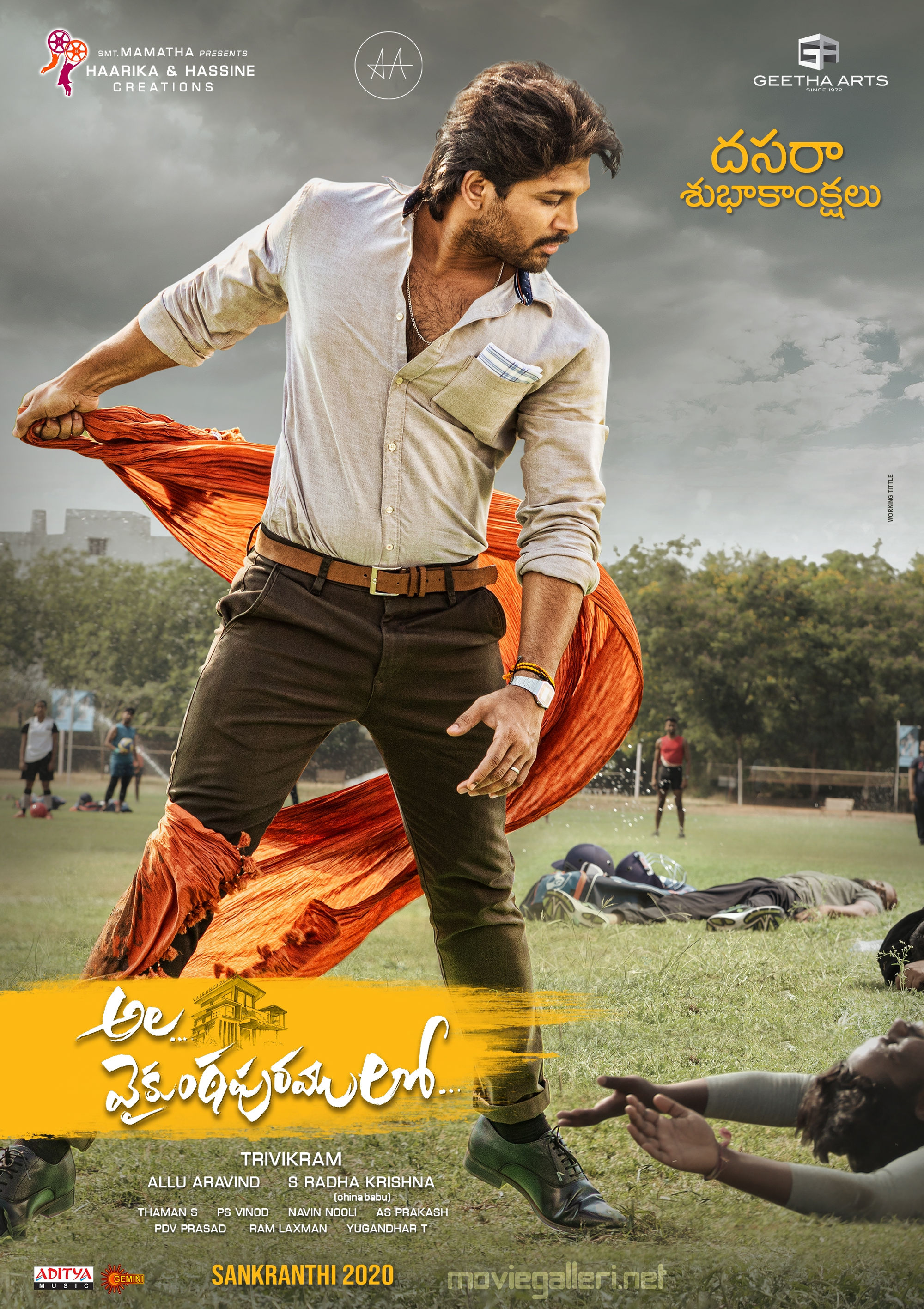 Wishing all the movie lovers and fans a very happy Dussehra, team ‘Ala Vaikunthapurramulo’ has released a special poster and Bunny’s massy look in the poster has left everyone amazed. Trivikram’s creativity comes to the fore once again as the poster tells a lot about what we expect from the film.

The first song from ‘Ala Vaikunthapurramulo’, ‘Samajavaragamana’, has become a sensational hit. Within a week of it’s release, the song has clocked 20 million views and more than half a million likes. The buzz around the film has reached a notch higher with the song and the latest poster.

Fans are expecting a hat-trick success from Allu Arjun and Trivikram combo and the film, which will release for Sankranthi, has already been riding high on expectations. The shooting has been going on at a rapid pace and the team is getting ready with many more surprises for all who are eagerly waiting for every update from this team.