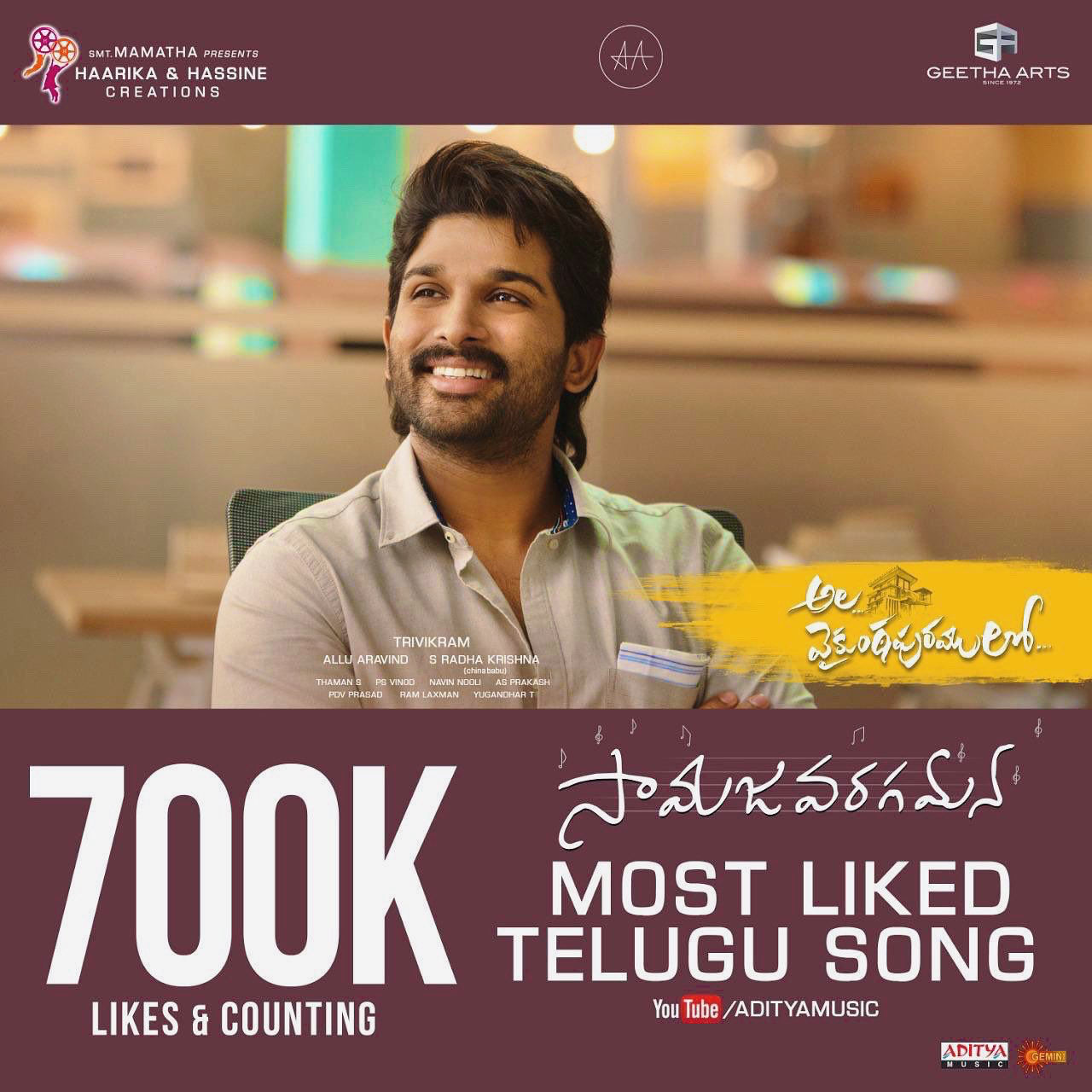 ‘Samajavaragamana’, the first song from ‘Ala Vaikunthapurramulo’, continues to create records. It has now become the most liked Telugu song ever on Youtube with more than 700K likes and also the fastest to reach 40 million views. Composed by SS Thaman, ‘Padma Shri’ Sirivennela Seetharama Sastry has penned lyrics for this song. Sid Sriram’s soulful voice perfectly complements the beautiful tune and imaginative lyrics.
Allu Arjun, music director SS Thaman and the whole team has been delighted with the amazing response for the song and have thanked Telugu music lovers.

Trivikram Srinivas and Allu Arjun have teamed up for the third time for the movie ‘Ala Vaikunthapurramulo’. Produced jointly by Geetha Arts and Haarika & Hassine Creations, this movie, which will hit the screens on 12th January, 2020, has been riding high on expectations.