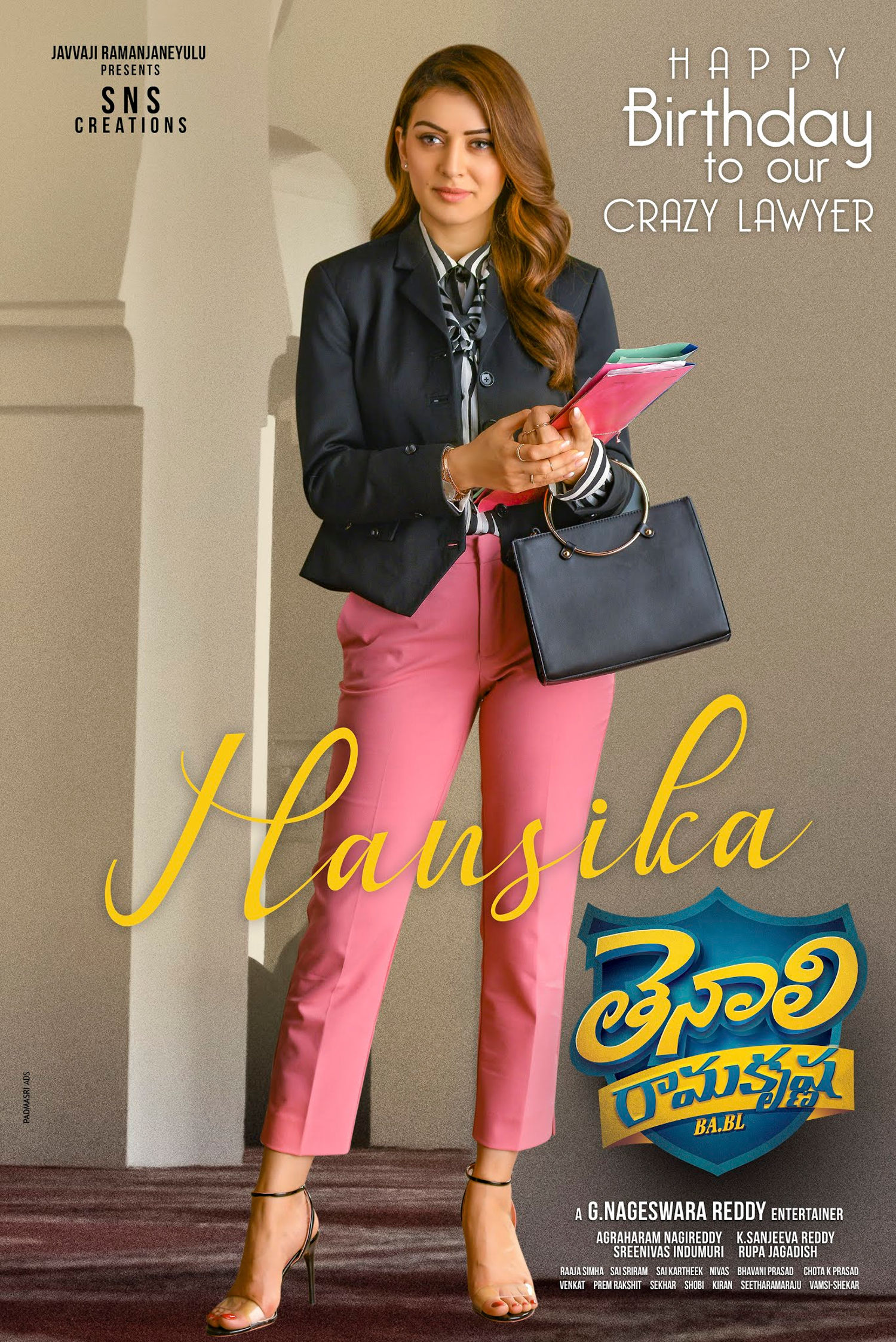 The first look of effervescent beauty Hansika Motwani from the movie ‘Tenali Ramakrishna BA BL’ is unveiled on the occasion of her birthday on August 9th.

Hansika is seen in formals and she will essay the role of a lawyer in the movie. Playing a lawyer is first for Hansika and she is excited about.

Touted to be an out and out entertainer, G Nageswara Reddy is directing the movie. The talkie part of the film’s shooting has been wrapped up and the songs are left to shoot. 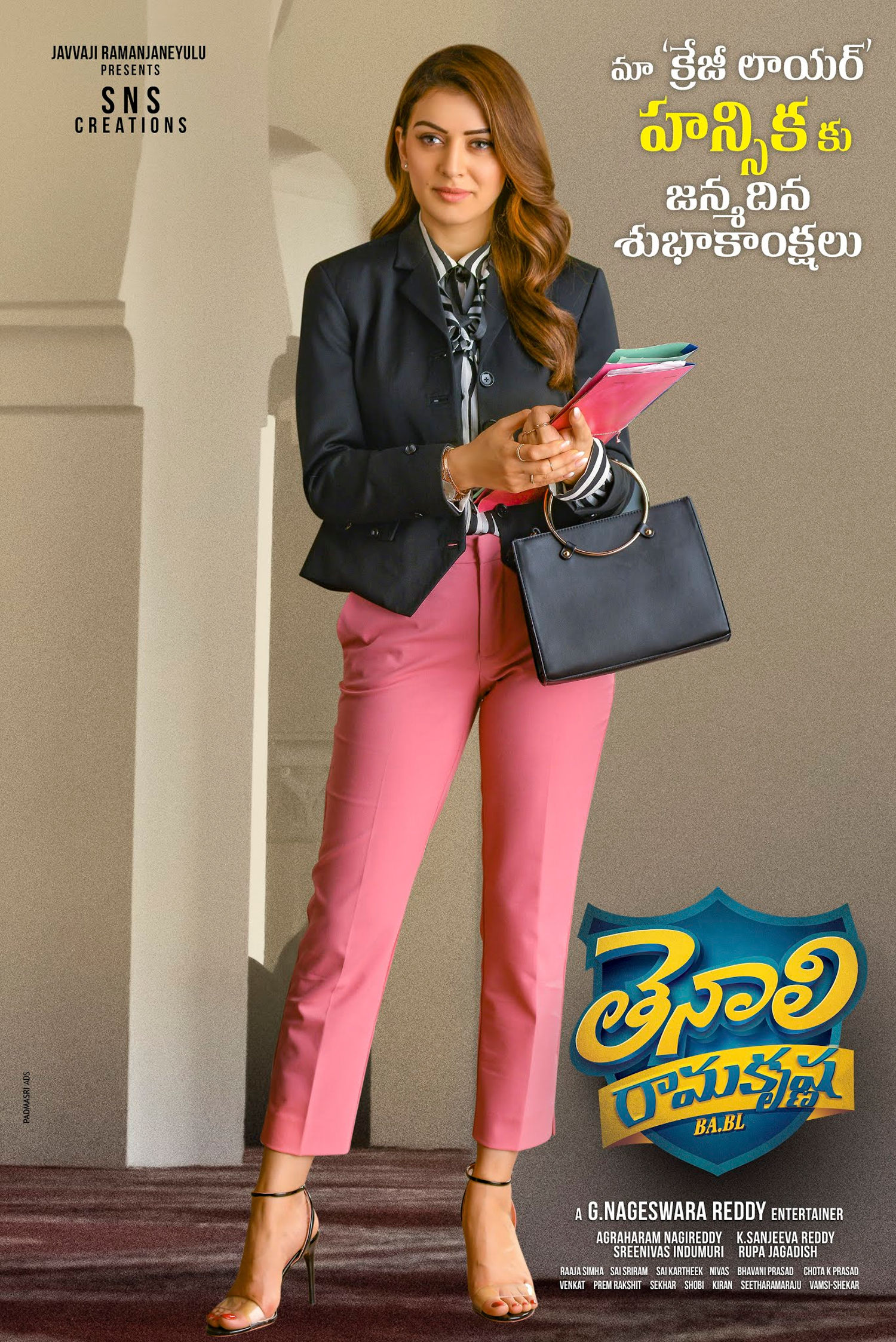