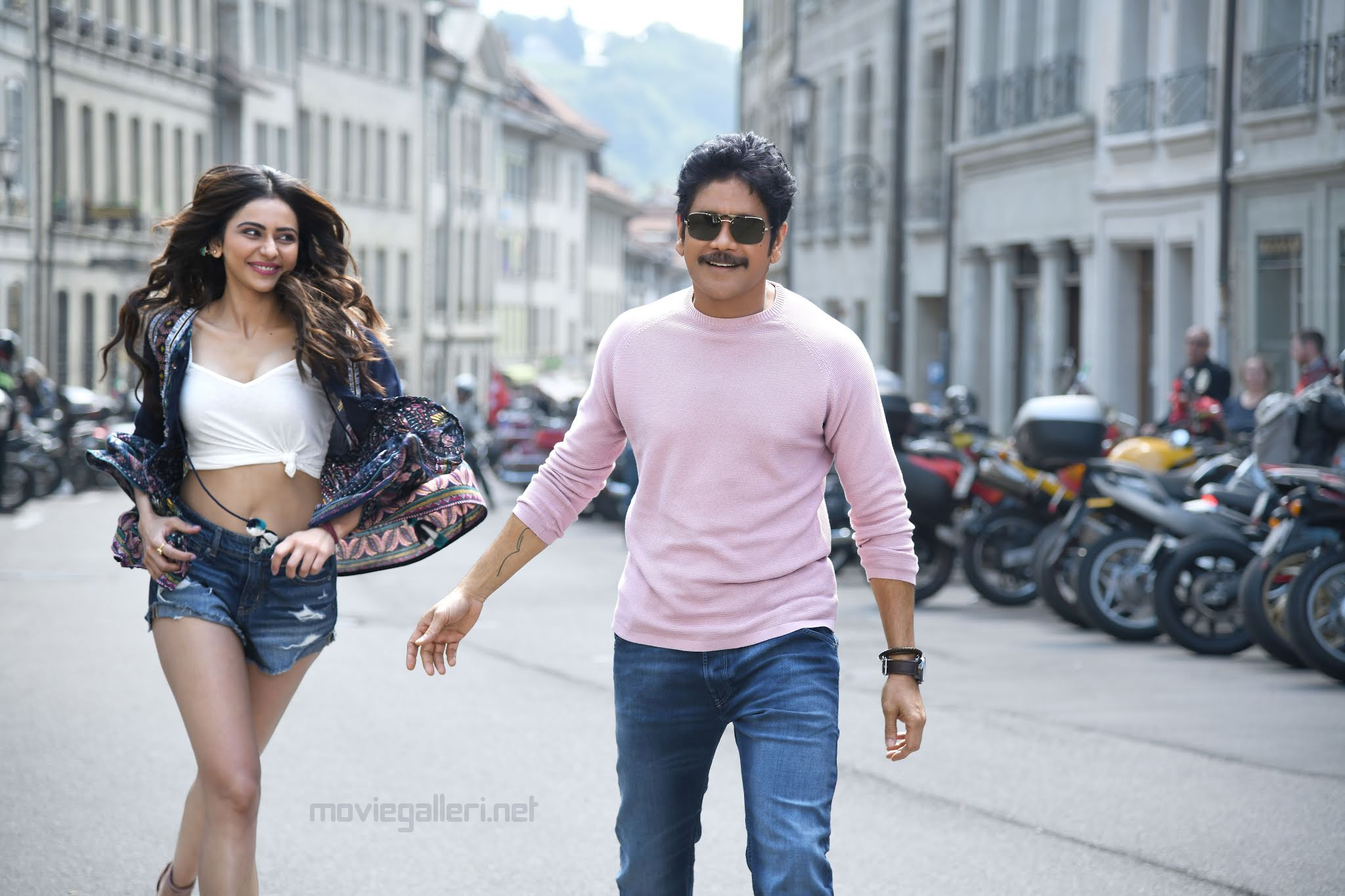 ‘Manmadhudu 2’ starring Nagarjuna Akkineni and Rakul Preet Singh in the lead roles, will have its trailer launch on July 25th. Dubbing works for the film are commenced recently and also post-production works are happening on full swing. Written and directed by Rahul Ravindran, the introduction teaser of Rakul Preet as Avantika got a tremendous response. The makers recently announced that they are releasing the first song on July 21st which is titled ‘Hey Menina.’

Chaitan Bharadwaj is the music composer of the film while M Sukumar did the cinematography. Nagarjuna Akkineni and P. Kiran are producing the movie in association with Viacom18 Studios. Touted to be a rom-com, ‘Manmadhudu 2’ Releasing worldwide on August 9th.