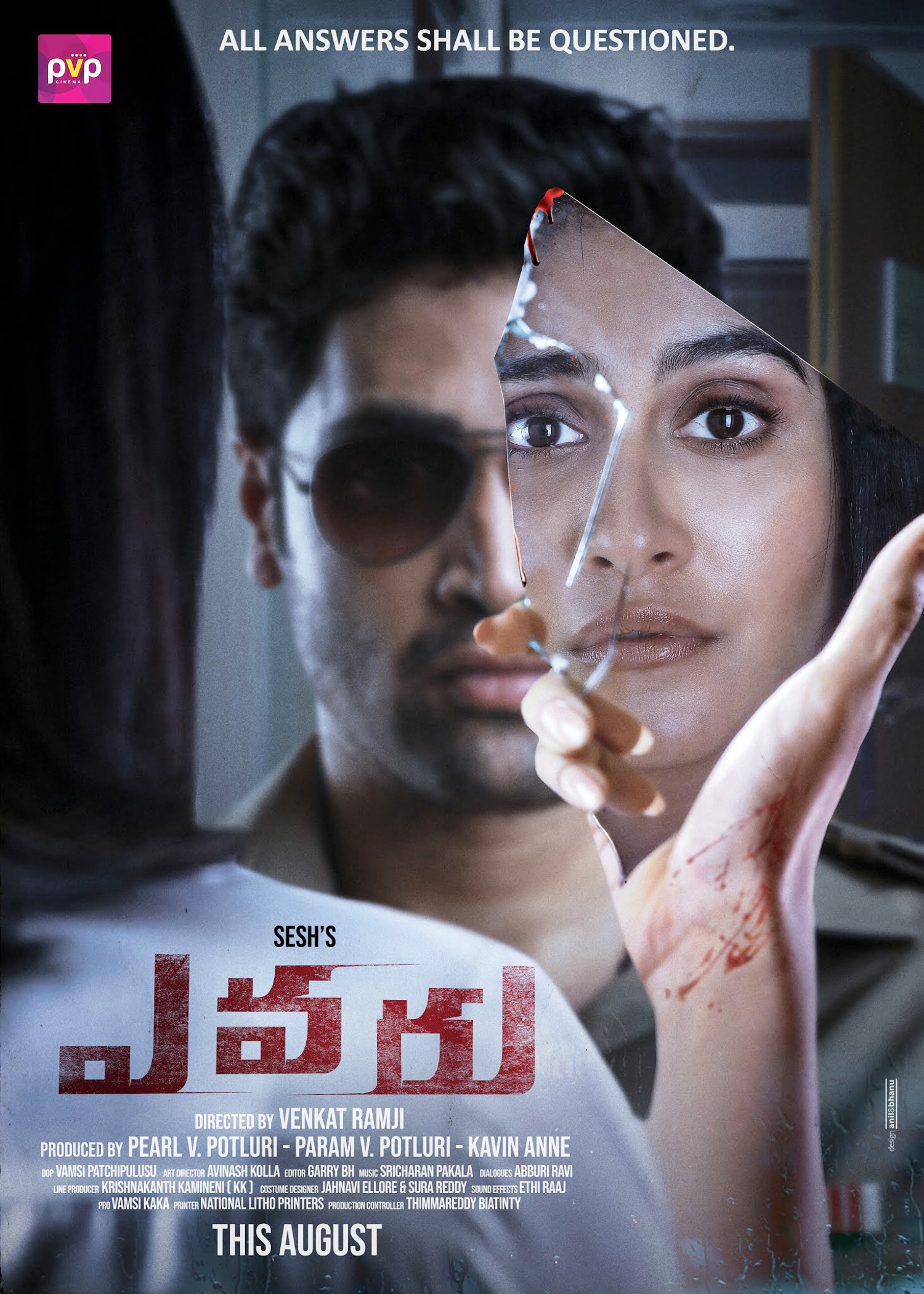 The first look of actor Adivi Sesh’s next, Evaru, has been released much to garner the interest of people.

Featuring Adivi Sesh and Regina Cassandra, the poster brings to for an element of thrill to look forward to in what comes across as a murder mystery.

The film that was shot entirely in India is set to release on August 23 on PVP Cinemas banner.