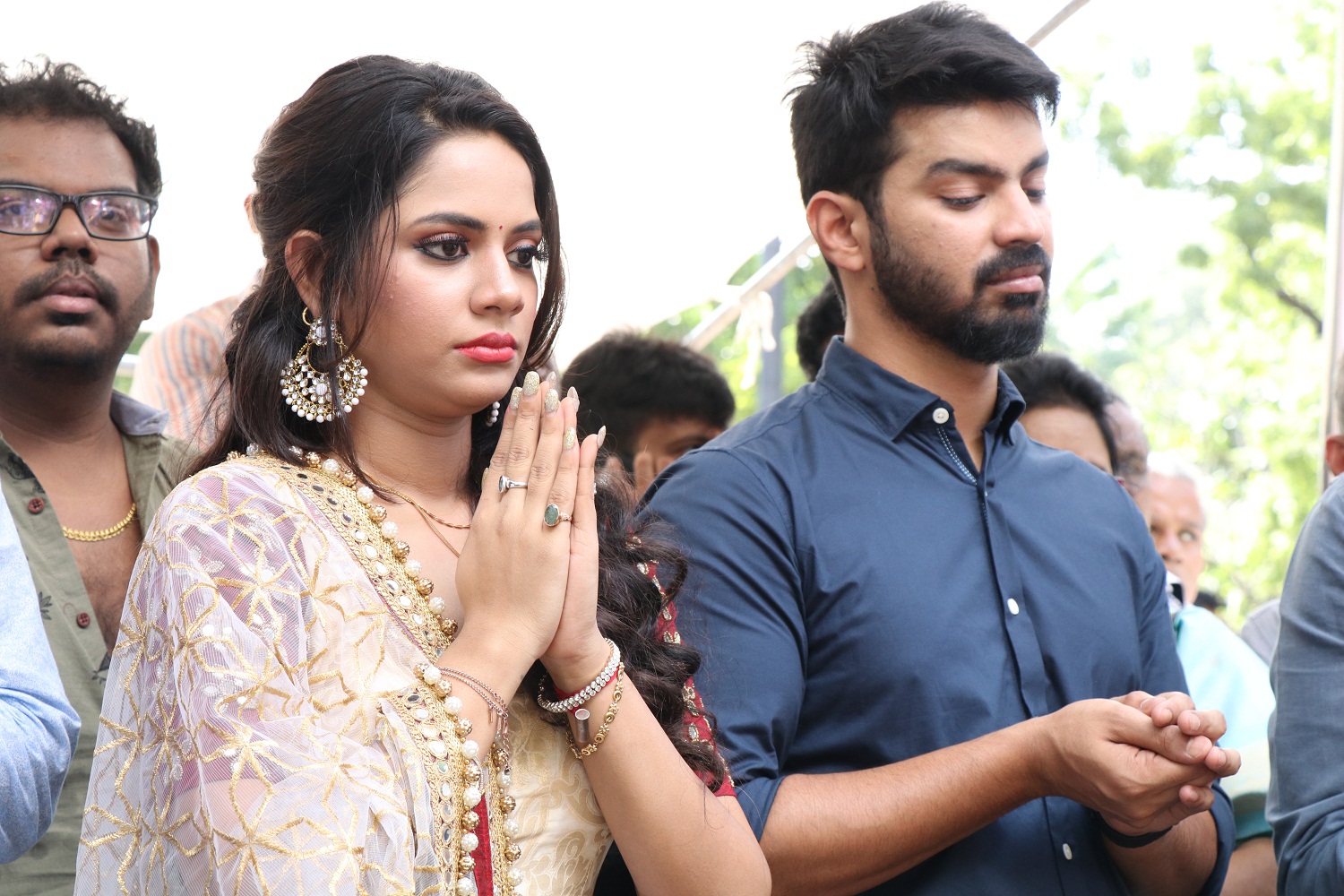 Mahat Raghavendra and Aishwarya Dutta, the ultimate show stealers of Bigg Boss 2 show are on the spree of being signed up for more projects. Significantly, the news about both of them sharing the screen space together had created instantaneous ways of attraction. Especially, with the film set against urban backdrops of a Rom-Com, it added up more charms indeed. With the film launched before a month and shoot happening on full swing, the film is now titled as ‘Kettavanu Per Edutha Nallavanda’, which was unveiled by Mahat Raghavendra last evening on a popular satellite TV show.

Much relevant to the title that is inspired from one of famous songs from STR’s yesteryear hit movie, Mahat Raghavendra will be playing a hardcore fan of STR in this movie.

Filmmaker Prabhu Ram C says, “Mahat plays a freewheeling guy from North Chennai and will be seen as a fervent fan of STR. In fact, their real life acquaintance is very well known to public glare and I felt this would add up an extra mileage to Mahat’s onscreen character.” On clarifying about the title, whether it is to attract STR fans, director Prabhu says, “The title has more significance to the character that Mahat plays in this film. Although, the film is a Rom-Com, it will have some emotional contexts too treated softly. I am sure the onscreen chemistry of Mahat and Aishwarya, who plays a girl from rich family will be definitely captivating.”

The film is produced by Varnalaya Cine Creations Banner. Favince Paul and R.D. Madhan Kumar are the Producers of the film.