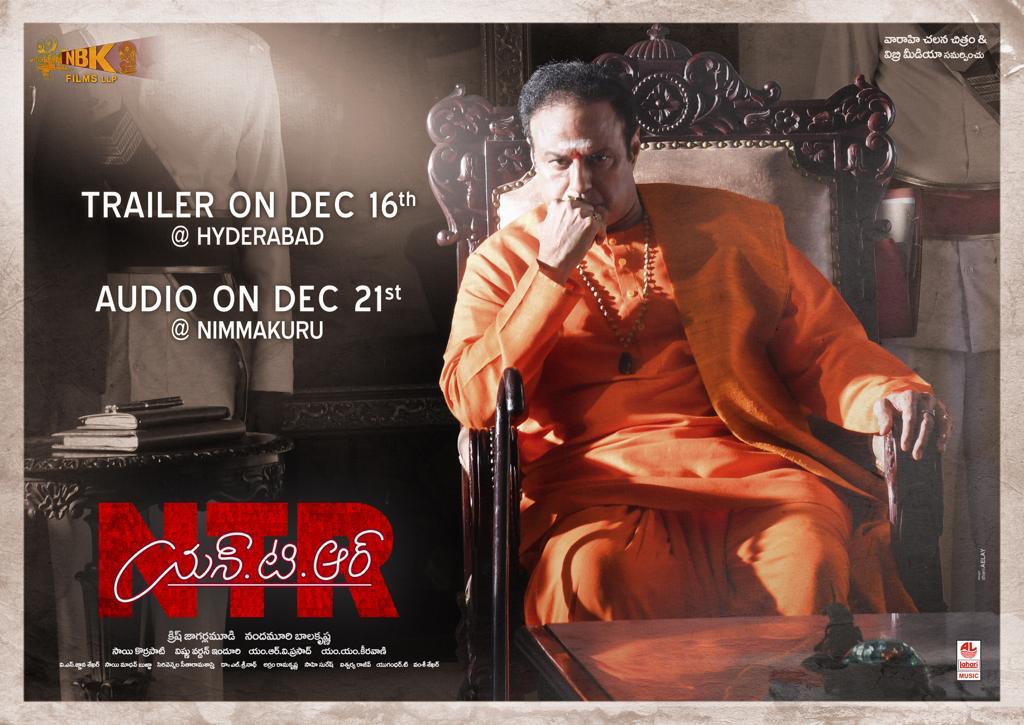 The trailer of ‘NTR’ biopic will be launched in Hyderabad while the audio release event is being planned in NTR’s birth place Nimmakuru.

The trailer launch is scheduled on December 16th and audio is slated for launch on December 21st.

MM Keeravani has composed the music for ‘NTR’ and the two songs that were released got tremendous response from the audience.

The trailer is going to be packed one with Nandamuri Balakrishna essaying the title role. He already impressed one and by all his looks and we expect more in the trailer.

Krish Jagarlamudi is directing ‘NTR’ which is one of the prestigious films and anticipated one releasing in January.