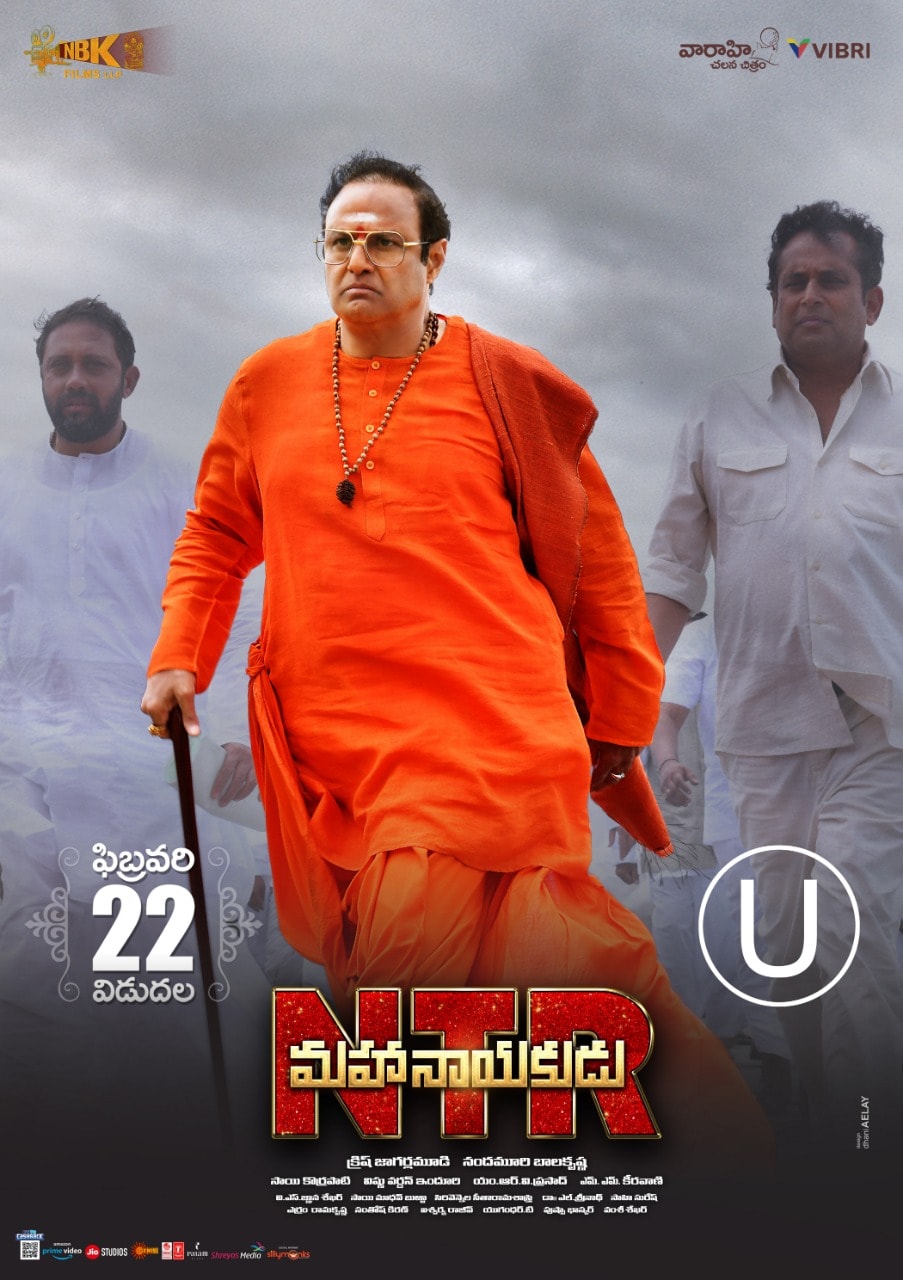 The second installment of ‘NTR’ biopic i.e, ‘NTR – Mahanayakudu’ has completed the censor formalities and it received a clean ‘U’ certificate from the censor board.

The film is gearing up for release on February 22nd and is carrying massive expectations.

This film deals with the political life of NTR and also features Nandamuri Kalyan Ram, Rana Daggubati, Sumanth and others in supporting roles.

Balakrishna’s #BB3 Release on May 28th