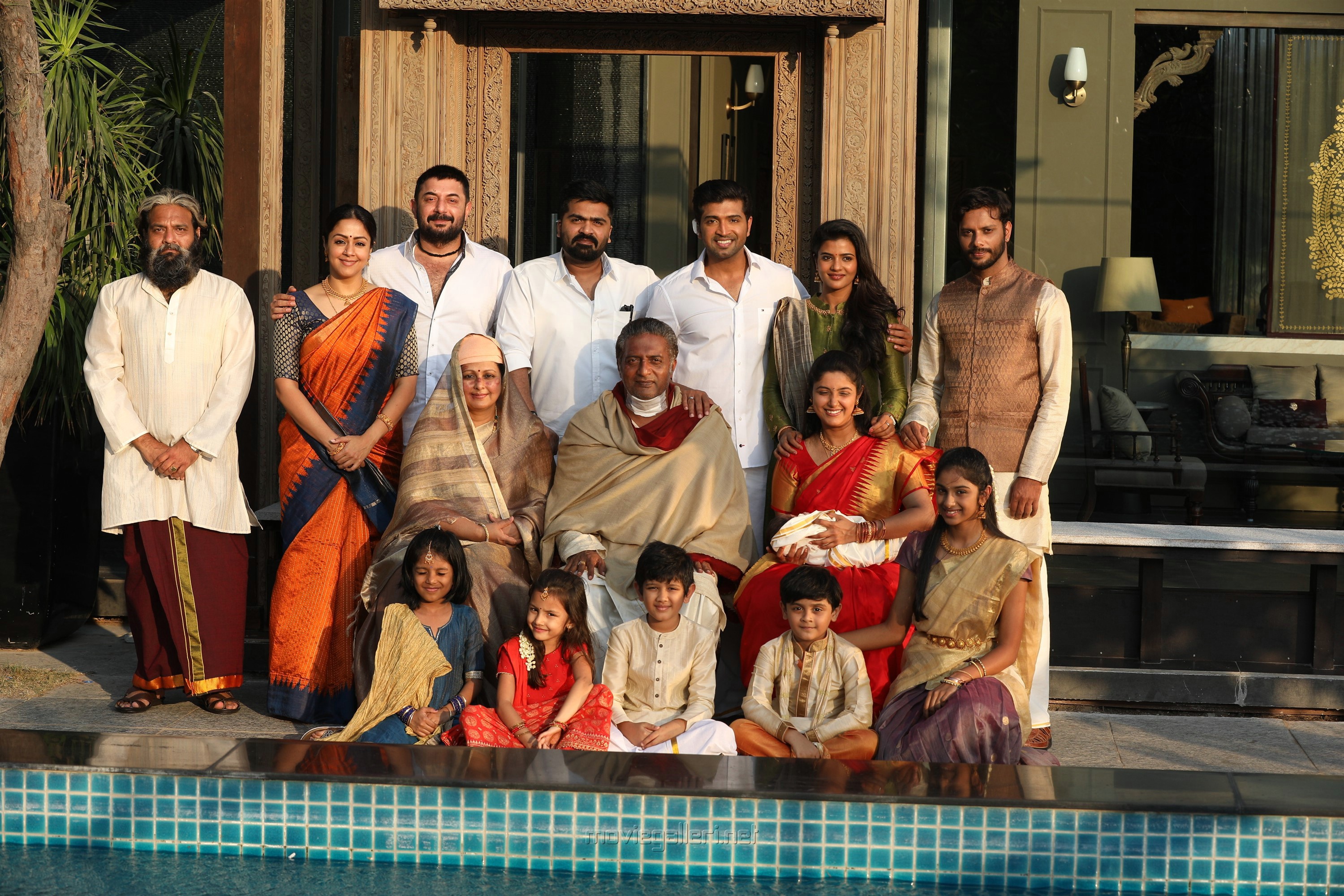 The story of Chekka Chivandha Vaanam is no suspense and it was clearly shown in the trailer that the movie is going to be about the sibling war for the throne after the demise of their powerful father.

What makes CCV special is the cast and the director Maniratnam, who has returned to his forte of gangster movies.

Prakash Raj is an all powerful gangster in the city and has three sons- Arvind Swamy, Arun Vijay and Simbu. The don who escapes a plan to murder him, dies because of a heart attack.

After his demise the war between the siblings to ascend the throne begins. Who succeeds Parakash Raj forms the rest of the story which is told in the climax with an unexpected twist.

Among the mix is Vijay Sethupathi a childhood friend of Arvind Swamy who also has his own intentions. The biggest strength of the movie is the way in which all the lead male characters are given importance.

Arvind Swamy who always sticks with his father is confident that he will become his successor and he has a body language of the don.

Arun Vijay who is cool and calculative has made the role his own and impresses the audience. Simbu on the other hand who is the last son comes as a boy next door in the first half and turns an animal in the second.

Vijay Sethupathi portrays his character with ease in his own style. The female characters except for Jyothikaa, do not help much with the plot, however have done their roles satisfactorily.

Mani Ratnam who strongly banks on technical aspects in his films has relied on his cast this time. This is visible on the big screen and has come out well. He has announced his comeback with a bang.

AR Rahman as always saves his best for Mani’s flicks and has delivered again. Santhosh Shivan is exemplary with his camera works, especially in the climax sequence.

Chekka Chivantha Vaanam is a complete multistarrer gangstar flick which is worth the watch.
Rating: 3/5 – On cloud nine